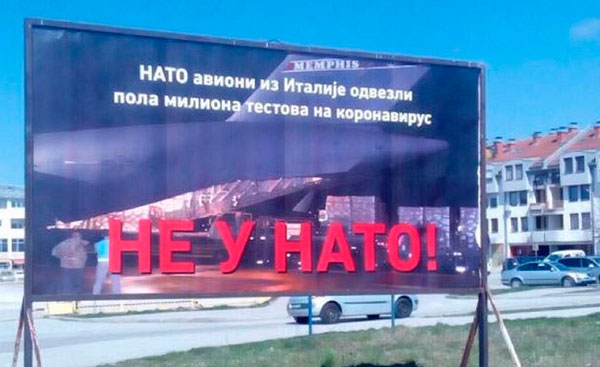 The billboards also feature a NATO transport plane with the caption: “NATO planes have taken half a million tests from Italy to determine the coronavirus.”

The Republic of Serbia, which was bombed by NATO during the Civil War (1992-1995), is fiercely opposed to rapprochement with NATO. Bosnian Serbs have repeatedly said that if the Bosnian-Herzegovinian government acts against the interests of the Serbian people, the Republic will hold a referendum on leaving the country.