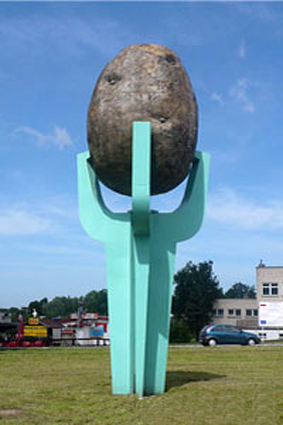 The number of Covid-infected people in the world has exceeded 120 million. This is one of the reasons why the price of gold and cryptocurrency has risen in the world market. Just think, the price of a pure  gold wedding ring has risen by 42.26% in Georgia over the past year. The usual 5-gram ring costs more than 1000 GEL, and for a couple to start a family, they need at least 2,000 GEL only for the rings. This is also one of the reasons why few people in Georgia think about getting married and, consequently, the birthrate decreases from year to year. In addition,  the increased  mortality rate due to Covid-19  will critically drop the vital events.

May be,  we don’t need new families or we need new families and, where there is great love, the gold ring solves a lot of nothing. Let’s switch to the foodstuff: people will exist without gold but not  without food. During the last year, the prices of the following products increased the most: sunflower oil – by 62.03%, buckwheat – by 38.44%, sugar – by 36.72%. Let’s narrow down the food consumption circle and say that the population does not consume sunflower oil, buckwheat and take  sugar-free tea or coffee (by the way, sugar is obviously not good for health). What can we do about the fact that, on average, food prices have raised by a total of 17 to 20%? And this increase has continued for the last five years. In the last five-year period   (with a reference to the five-year plan as the Communists would say), product prices have at least doubled and, in some cases, increased more times.  Add to that the inflation of the national currency and you will realize that we are in a very bad situation.

We have not mentioned GEL inflation accidentally. In the last year alone, the National Bank has intervened  993 million US dollars from the Reserve Fund to maintain the GEL inflation rate. It took just about a  billion  to ensure that the GEL  has not depreciated more than it does today. By comparison, the amount spent on interventions in the last year is much higher than the amount  in foreign exchange auctions held in any other year. For example, during the 2016 crisis, NBG  sold  280 million US dollars through auctions, in 2015  –  287 million US dollars and in 2014 – 300 million US dollars. For your information,  the reserve fund amounts to  about 4 billion dollars, and what do you think was the result of putting 25% of this reserve on the market? At first glance, nothing negative, as the bank has replenished its reserve again and it is now slightly over 4 billion, although this replenishment was achieved by taking on foreign debt.

The country had the lowest foreign debt during the presidency of Eduard Shevardnadze. Thereafter,  we started the construction and the UNM government left us 7 billion in debt (during Shevardnadze’s presidency the debt was not even a billion),  and the Georgian Dream doubled this figure.

According to the National Bank of Georgia (see www.nbg.gov.ge ), Georgia’s total external debt as of March 31, 2020, amounted to 18.3 billion US dollars and this is even higher today. Therefore, if we do not break the schedule in March, we will pay 85 million in foreign debt, and this schedule is accounted for several years. This is in the case if we do not increase the debt again and, if we add it, it may happen that the country is declared bankrupt and then we will say goodbye to the prospect of living without debt for at least half a century.

The National Movement justified the taking of external debt  by infrastructure projects. They used to say that  there are roads to be built, buildings to be constructed, and in order to prevent corruption the ministers  need salaries of a few thousand  each. You can make you lough but in the conditions of the Georgian Dream, twice as many infrastructure projects were implemented than the previous government was able to do, but the main question – what benefits the people got from this, is still unanswered. We understand that good roads have increased the tourist potential, that everyone wants to have a well-maintained infrastructure, but the same tourists say that they prefer to go to the villages on horseback rather than to drive on the paved and brushed road. Yes, concrete roads in Svaneti, Khevsureti, Racha may be liked by locals, but less by tourists.

A separate topic is state subsidies for  various products. Everyone is happy where food is cheap, but no one thinks that this cheapness is caused by our taxes. Nor does anyone think that the price of bread that the state holds in so tightly  today, is much higher than what we pay, but the state increases  subsidies and it all goes out of our pocket again.  We may not feel it, but in reality this amount is withheld  in other areas. If high-ranking officials have high salaries to prevent a bribe, in what way has the lower echelon  offended? The lower echelon unites those people who work  just like a donkey and in return they only receive the grass on a stick, which they  could not ever reach. Let’s look  at our incomes and see who has doubled their salary or pension, or where the  jobs have been doubled in the last five years? Nothing similar happened, we move backwards, but we are still alive.

Sometimes we get the impression that we are participating in a big experiment called “How long can a hungry nation stay?” During Shevardnadze’s time, people joked: we must erect a monument to lobio as the lobio  saved us.  And now this product has such a price that is considered a kind of culinary delight. Now, probably, we should think about a monument to potato as it is the cheapest, but a product that is sold with us is not actually a potato. Remember how many times the potato was returned from the border when it had  potato wart disease but nobody knows  how many have entered.

Grants from Europe and America, in practice, never contain a social package. The West  has not ever  told the Georgian government  to take money and to provide it to the  population, nor it says this  now and probably will not say in the future. By provision  we do not mean that people shall buy  bread and take it home. No, we are talking about projects that will lead to mass employment of people and the employed person will then buy both bread and cheese. The West pays for the implementation of reforms but  the majority of the population has no idea what reforms are being implemented, why and for what.

Please, name at least one reform that has brought  social ease to ordinary people. You cannot name it, and this is when the authorities have been talking about these reforms since 2003. All this is actually written on paper, it turns out that the democratic development of state institutions is a fairy tale. During the period of  the previous government the opposition was pointing to the authoritarianism of state institutions and the same is happening now. Where do the grants allocated by the West for the construction of these institutions go? That’s right – in the pockets of the individuals,  and then what if this pocket changes periodically, the population still does not get  anything.

The fairy tale also turned out to be that the rise in taxes would need a referendum. The government easily raises taxes and will raise them in the future. The  grants will never reach the population, and the West will constantly say that at first Georgia has  democratic institutions to build. The West gives us grants from year to year, and the fact that we are not ready yet and “we have democratic institutions to build” is best known in the West. They know that this money does not go to its destination, but they are silent, as if they do not understand what the thing is, because when any high-ranking Georgian official says out loud that Georgia  is ready for NATO and the European Union, they point to the very institutions that should have been “built” but they have not done a stroke of work. That is why they live in harmony. It is already for the second decade  that the camels just keep walking when the hungry population  bark. The National Bank will intervene again, it will again artificially maintain  the GEL exchange rate, will not increase the price of bread at the expense of  the money from our taxes, and then, when the situation aggravates more, it will take another debt at our expense and in our hope. As of today, the foreign debt per  citizen of Georgia is more than 17 thousand GEL. The newborn child in Georgia already has a debt and this debt is  pretty  solid.