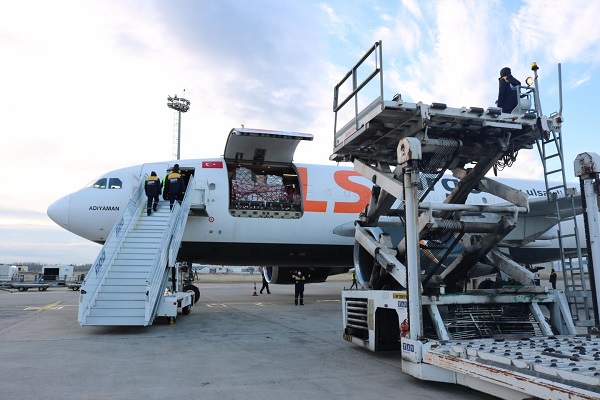 At last, we have deserved it  and the first batch of vaccine arrived to Georgia. We have deserved it  because the European suppliers cheated the government several times, the government cheated us and we were like that, cheating on each other. To tell the truth, it is still difficult to find out what’s true and what’s not, and, most interestingly, it is impossible to find out whether the imported vaccines are good or not.

The fact is that when the first batch of the vaccine was sent  to Georgia, several European countries stopped vaccinating with this  jab (AstraZeneca) stating that there were some side effects to be  first studied. To be specific – these countries did not ban the vaccine, but temporarily suspended it. We suspect that in order to study the contraindications, they will also study how this vaccine will affect Georgians and, if they do not like it, they will ban it. We cannot tell you how many times we have acted as guinea pigs, but the fact is that  even the  vaccination is experimental yet.

Opposition TV stations have used all this to their advantage, and at first they blamed the government for all the deaths of those who died with Covid, now they refer to  the suspension announced by these six countries and call  on the population to refuse vaccinations. In fact, this vaccine is recognized by the World Health Organization and, in addition to Georgia, the  vaccination is  carried out with this jab  in about a hundred countries. We have written before and we will repeat now – any vaccine that is on the market will definitely have contraindications, because there was simply no time to test it. To  study the medicine completely and then issue a license for it, the probation period is 4-5 years – they observe people, they study even minor contraindications. Now, neither  4-5 years, nor even a year has passed and universal vaccinations have started. No vaccine  had a trial period, after 4-5 years the deadly virus would destroy half the world and they took a chance of it.  It is true that they gamed  human lives, but the other way was actually nowhere to be seen. Now the TVs  are attributing  all the dead to the state and, as Tengiz Tsertsvadze said, now they want not two, but much more corpses. It is not new for Georgia that specific individuals striving for or maintaining the power go over corpses. We, ordinary people, are in the role of statists and if the death of individuals is a tragedy,  the death of the masses is the statistic. This was the case, for example, when during the heyday of the National Movement, several hundred people died in prisons each year, that was a statistic, and when 17 prisoners died in prisons last year, it was a tragedy.

By the way, in all European countries where vaccination is carried out, there is a so-called commercial vaccines. That is, different pharmaceutical companies have the right to introduce other vaccines in addition to the vaccines purchased by the state, and the population has a right to choose. Most importantly, pharmaceutical companies have no restrictions, they can import any vaccine that is recognized by the World Health Organization. Consequently, they are negotiating with vaccine manufacturing companies, paying a little more expensive, selling at a little more price, but several types of vaccines are available to the population. Minister of Economy and Sustainable Development of Georgia Natia Turnava said that Georgia would also allow pharmaceutical companies to import and sell the vaccines, although some details need to be clarified. The shoe pinches just in these “some details”. Today the Chinese vaccine is the cheapest. Unfortunately, like all Chinese, the vaccine is viewed with suspicion by the world and not without reason. Therefore, there is a great chance that Georgia will be satisfied with this cheap Chinese vaccine. This is when the Russian vaccine is much cheaper than the European vaccines. The three types of vaccines produced by Russia are recognized by the World Health Organization, but it seems that the import of Russian vaccines is banned. Why? They say Russia is an enemy by we buy one hundred percent of the wheat needed to make  bread from this country.  They insist that we should not buy the vaccine from Russia. This is not a decision of the Georgian government, it is demanded by the Western partners. Europe and America do not hide their concern that the Russian economy has grown as a result of the sale of vaccines and has been able to compensate for the damage caused by the sanctions imposed over the years. Any country that buys a Russian vaccine will contribute to the growth of the Russian economy, so Europe and America are trying their best to keep the number of such countries as small as possible. So what if, for example, France, Italy and Spain do not refuse to buy  the Russian vaccine?! Others should not buy. We say nothing  about the so-called second-tier European countries, which boldly sign agreements with Russia and now, Hungary, Bulgaria, Romania, Croatia, Serbia use the Russian vaccine of  practically one hundred percent. It has not been said out loud yet, but as we are told, a decision has been made and the import of Russian vaccine into Georgia will be banned.

On the other hand, the statistics of Georgia and the countries that have already started vaccination are interesting. Let’s take Britain, Israel and the US for comparison. We take these three countries because one hundred percent of the population in Israel is vaccinated, the UK has its own vaccine and vaccinations are ongoing, and the United States are vaccinating the most people every day around the world. On March 2, 12 patients died of Covid-19 in Georgia (3 infected per 1 million inhabitants), in the UK – 343 infected patient died (5 per 1 million inhabitants), in the US – 1989 (6 per 1 million population), in Israel – 30 (3 per  every 1 million inhabitants). On March 2, 461 new cases of Covid-19 were registered in Georgia (115 new cases per 1 million inhabitants), in Israel – 5,050 (583 new cases per 1 million inhabitants), in the US – 56,890 new cases (172 new cases per 1 million inhabitants). It turns out that Georgia successfully manages the pandemic even without a vaccine, but everyone agrees that without a vaccine such situation  will not last long. I have brought these statistics to show that though  the severe restrictions have paid off, but the coin has the reverse side as well – the economy has just been destroyed and it will take a long time to recover. Unfortunately, after the regulations have been  eased, it is clear that the population has lowered its guard and, not only social distance, but also wearing a mask is neglected. Therefore, we have a suspicion that the number of cases will increase again and the vaccination is just a solution. Amiran Gamkrelidze said that by the end of the year, half of the population of Georgia – 1.7 million people will be vaccinated. With 9 months left until the end of the year, it turns out that in the next nine months, half of the Georgian population will still be without the vaccine, and despite this, we are giving up the Russian vaccine. Instead, we will have a progress  – if before we jeopardized the life and health of the  total population of Georgia, now we game a  half of the population and this should be a progress, should not it?!

The government will probably have no argument as to why we are rejecting the Russian vaccine. You cannot have a counter-argument to a drug that has been recognized by the World Health Organization. Nor can they say out loud that Western partners do not give us the right. In such a case, the already shaken image of the West in the population will be so shaken that it may be completely destroyed. They will just say once again that Russia is the enemy, and we will not negotiate with the enemy on any issue. So what if France, Italy and Spain are supporting  the sanctions against Russia ?! This does not prevent them from buying vaccines and vaccinating the population. Especially in Italy, where the death toll has exceeded 100 thousand. This is no  time for reverence and political games, this is a time for them to  save the people of their own countries  from death, and we… we will proudly fall on the battlefield and in a way  that our relatives will not have the opportunity to weep over us. Instead, the West will be satisfied that Georgian money is not added to the Russian economy, and what if the Georgian economy with Russian money has been breathing for decades. As I’ve mentioned above, the death of individuals  is a tragedy, while more than 3,600 dead citizens of Georgia are just statistics.