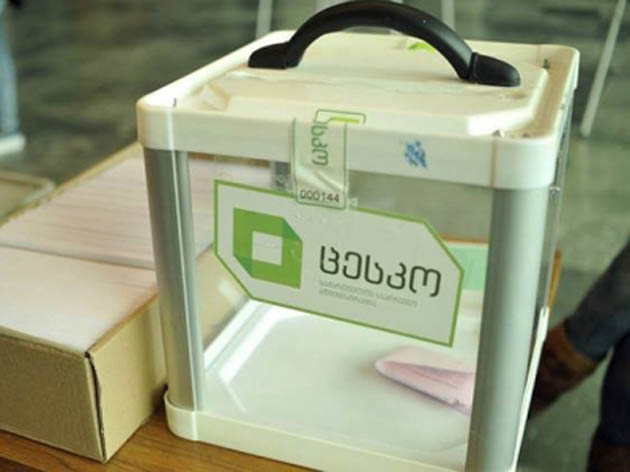 It is already the third month that the population of Georgia  looks at a “clownade” of so called opposition; For the third month   people in the streets have been talking about “rigged elections” and arguing over whether or not to enter parliament, but their fantasies have not come to an end. Former mayor of Tbilisi l Gigi Ugulava demanded a plebiscite a few days ago, he is interested in the opinion of the people – should there be an extraordinary election? We asked several people to comment on this issue. Behind the citizens who are the guests of our newspaper today, there is a large army of their  backers.

“Georgian politicians are “Kvarkvares”, e who got into politics by accident”

– It is categorically unacceptable for me to reply to the initiative of  so-called opposition, since it would be it is a great honor for them and a kind of advertisement

A large part of the Georgian population no longer goes to the polls, they are tired of this masquerade. Georgian politicians are “Kvarkvares”, e who got into politics by accident. Former mayor of the capital Gigi Ugulava is asking for a s  poll of people, who is he ?! Why should we answer his question? We are talking about politicians and there is no room for other, more interesting opinions. Watching their quarrel is tiring. There is no difference between the government and the opposition, they have one goal – to satisfy personal passions, they need to come to power to conquer the country, for nothing else.

In our country, for a long time, elections have brought nothing, or what were these elections, or what did the previous elections bring us, or if a new one is appointed, what will the people benefit from it ?! The people who have been in Georgian politics for years will come again. Can anyone nominate a person in the newly elected parliament who enjoys the trust of the people and is worthy to sit in the highest legislative body of the country? There is no point in holding elections in this country.

Can anyone name one of the “favorites” of the people who has done anything for the good of the country and the people? Has anyone passed or put to the vote a law that would be considered a step forward for the country? Probably, no one can remember such a thing and, if this is the case, then what is the need for this election ?! If they ask for re-election, should they watch a new comedy, a new masquerade? Do they have to spend more money for this poor country?

The referendum on the elections should be held, the electoral system should be completely changed. The proportional system should be abolished because the lists will include people who will pay more money. This is uprooting, because the fate of the country depends on it. People who are trusted by the people should enter the parliament, and for that they only need a majoritarian system, because during the majoritarian system the government loses the leverage of advertising – everyone in the district and village knows everything about the majoritarian, it is difficult to deceive them with advertising and information. Televisions, no matter how much they praise a person, still can not convince the voters.

We should elect the majoritarians and, if they do not fulfill their duties, the voter should be able to recall him / her from the parliament, so that the issue of responsibility arises. In other cases, we will walk in a circle – they will come to the parliament, eat, make a living and leave, then try to enter there again.

“National economy is dead in the country, there is no industry, agriculture is barely working and it is not dying just because Russia has recently looked at us a bit and is buying wine.“

– We have been going in a vicious circle for 30 years, we have not seen goodness in the hands of one government, the country has become miserable. We have come from five million to three and a half million Georgians and half of them are out of the country to get food, and politicians say: so many thousands and so many millions have voted for us. These people, to name the number of supporters, there are not so many voters in the country at all. A large part of the population does not go to the polls, is disappointed and does not care at all who will enter the parliament, which has never done a good deed for the country.

National economy is dead in the country, there is no industry, agriculture is barely working and it is not dying just because Russia has recently looked at us a bit and is buying wine. The situation in Kakheti has improved a bit. People want work and they want human life in return for this work. We do not want others to get rich from our work and we even starve to death. We are asking for a job, not an election.

The country is morally destroyed, horror is heard from all sides, everything is destroyed around us and at such a time who cares about the Parliament ?! People do not care who will enter the parliament and who will not, because they are all in one mold. Nobody cares about the country and the people, they only care about their own stomach and can not see anyone beyond that. They speak on behalf of the people, but you do not care about their condition.

We have been looking at the same faces in Georgian politics for 30 years, and even if I wanted to, I could not recall the work done by any of them for the good of the country. All those who are now on the streets and those who are entering the parliament were  already in power: when Ugulava says, to ask the people if they want re-elections or not, what right does he have to ask the people something? How should Ugulava dare to ask people? But, knowing what is boiling in power, knowing how much to eat. Our so called politicians remind me of snotty dogs wandering around restaurants and canteens in anticipation of finding a broken bone.

“For years, the fate of a people and a country has passed from one nothing-doing government  to another”

– Both the opposition and the position are playing on people’s nerves. Now they are demanding re-election, they want to spend more money in this unfortunate country. No matter how many times elections are held, the parliament will not be the expression of the will of the people. People and parliamentarians are in different places  No one expects anything new or good.

People, I say, but our people are not aware of many things, especially in politics, we still have not learned anything. In this mess, one of your newspaper friends is trying to tell people the truth, to enlighten, but ..

Holding a plebiscite is demanded by those standing on the street because they hope people are unaware of it. Our people know only one thing – you are in trouble, but they do not know why you are in trouble and it is the fault of these as if politicians. I have not liked the life of Georgia for a long time, it was known from the very beginning that we would die and even die, we are in a swamp, we are touching the shores and we can not get up – it is as if the opposition together with the government is filling the people brains  with nonsense.

They stand in the street shamelessly, they speak on behalf of the people, they think this country is theirs, but we live in this country and we have completely different demands. We dream of a decent Georgia, we demand labor and to appreciate this labor, we want real freedom and a sovereign state; We want to be equal and the fate of our country should not be decided by foreigners, but for years, the fate of the people and the country has passed from one nothing-doing  government to another.

Now Ugulava shouts: Let people say what they want, it is ridiculous, why should people answer Ugulava?! No matter how many plebiscites are held, nothing will help this country, or who is Ugulava for whom I  decide to take part in his initiated plebiscite?! I will take part in the plebiscite if I am asked if I want to join NATO and European integration, even if I have a guarantee that my opinion will not be falsified, as it was done in its time. Here, it will be both a care for the country and a step towards goodness, everything else is clowning and wasting money in vain.

I laugh that they are talking about entering or not entering the parliament. All parliaments that have existed so far have one price. The situation in the country is dire and, as time goes on, unfortunately, it gets worse and worse.