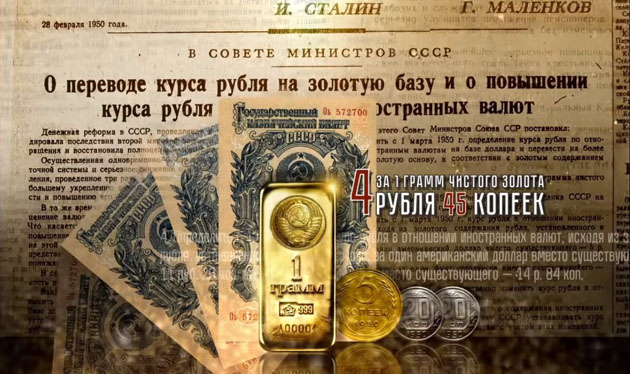 In the light of recent events, the authorities of many countries around the world are thinking of taking measures that will enable their  countries to avoid or, at least, relatively easily overcome the economic crisis.

Coronavirus has almost halted the economy, many countries are in panic now ,  and on this  background, Russia’s and China’s gold reserves are being filled. Experts suggest that Russia may carry out a money laundering reform, but in which way?   For example, the removal of one zero for banknotes will yield nothing, nor can double-digit denominations bring long-term positive results, but an increase in the stock of precious metals gives reason to think that the monetary system will change.

If the ruble, like during Stalin’s ruling, is secured by gold, it will cause a storm in the world market, and if the ruble, along with the Chinese yuan, will be secured too by gold, it will divide the market, because if it does, the euro and the dollar will become simple paper.

It is also worth noting that Americans are also working to change their monetary system, their new system will not be based on the dollar.