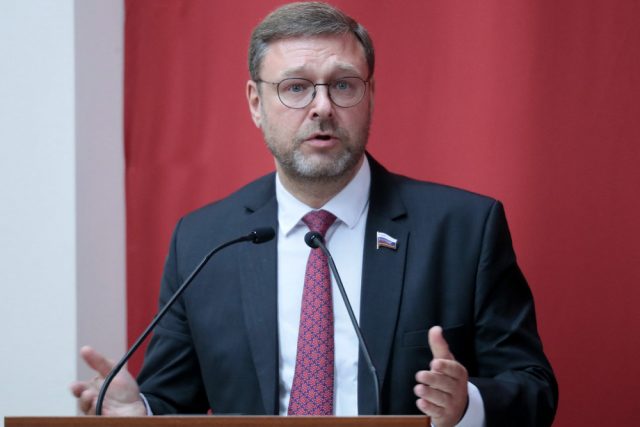 Now that we do not know what the Russian side can tell us, to say that the meeting will be “without result” means to run away from the negotiating table.

We have repeatedly written that the Georgian government should do its best to hold face-to-face talks with Russia. More specifically, the Georgian and Russian sides should talk without mediators and third parties. The fact is that both sides have a lot to say and, most importantly, for the years the  top officials of  neighboring countries have not sat at the same table without mediators. By the way, it was in the last year a certain attempt of  face-to-face conversations  when Sergei Lavrov met with David Zalkaliani. Immediately thereafter It was  said that ion a great probability, the face-to-face meeting between Giorgi Gakharia and Vladimir Putin was planned at the Davos forum. A  possibility of such  meeting was a direct sign for the West and the Prime Minister of Georgia was forced to criticize Putin during the Davos forum, where only economic issues were discussed. Let us remind you that the head of the Georgian delegation was the only one who criticized Putin on the forum. Other leaders only talked about the economy. It was because of this criticism that the opportunity to meet Putin was not only ruled out, but postponed indefinitely.

”Russia is ready to fully restore parliamentary dialogue with Ukraine and Georgia. On behalf of my colleagues, the Russian parliamentarians, I would like to reaffirm our full readiness to fully resume the parliamentary dialogue with both our allies and our opponents, Ukraine and Georgia. We are not afraid to discuss acute topics. We have something to say and we are ready to listen to the arguments of our opponents” – declared  Konstantin Kosachev, Chairman of the Committee on International Relations of the Council of the Russian Federation.

Of course, Kosachev is not an insignificant figure in Russian politics, and he would not have made this statement on his own initiative. He was given the green light by the country’s top officials and therefore he spoke about the resumption of parliamentary dialogue between Georgia and Russia. To tell the truth, we were sure that the Russian initiative would meet positively in Georgia. Especially since it has been said that they have something to say and are ready to listen to the opponents’ answers as well. After consultations, the Georgian government informed us about the position through the Vice-Speaker of the Parliament Giorgi Volski. 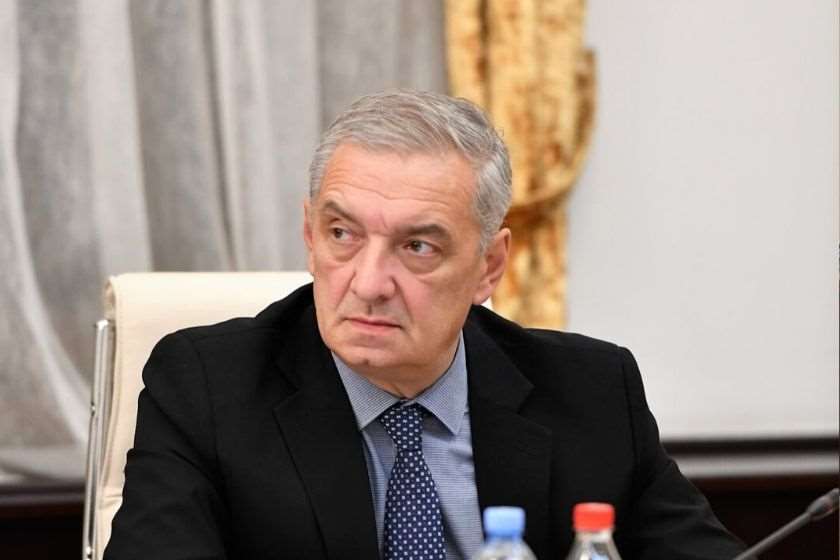 “Dialogue with the Russian Federation should not have anything positive in the conditions of the borderization process and kidnapping of people. We have to take into account that there is a format of Geneva, there is a format of high-level meetings, where Russia has never shown any positive will on the political issue. Even if such a meeting is held virtually, the very first such meeting will  be  without a result” – Volski said.

Let’s take a closer look at what the Russian side has said and what the Georgian side   has answered. Kosachev directly stated: “We are not afraid to discuss acute issues, we have something to say and we will listen to our opponents too  So, Mr. Volsky’s justification, of how to talk in the conditions of borderization and kidnapping,  is doomed – the Russian side is ready to talk about any topic. Does the Georgian side think that the Russians do not know about the existence of the Geneva format? Would anyone be restricted there to speak in the presence of others if he/she wants to say something? But no, the Georgian side knows for sure that the Western partners will not allow them to held the  face-to-face conversation with our northern neighbor and be sure that our government will not return to this issue if the journalists will not remind them to do so.

I wonder if anyone in the government has thought that a face-to-face conversation with the Russian side might give the country something that the government will not refuse. Note – Not cannot  say but will not say, i.e. there may be something useful and interesting for Georgia. Yes, just this “can” is a factor that irritates Europe and America and, that is why they do all  for this meting not to be arranged. Volski also made a point – the first meeting will be “without result”. Well, did anyone say that everything will be sorted out and decided at the first meeting? The first meeting will have a training nature, the parties will exchange ideas, listen to each other’s opi0nions. And, if anybody after the first meeting says we cannot agree with each other because our vies differ critically with each other, it would be understandable for us, but now that we do not know what the Russian side can tell us, saying that  the meeting will be “without result” means escaping from the negotiating table .

It is interesting to see the opposition’s opinion on all this. Opposition leaders recently sat at a table, attacking the government together and saying in surprise, “How could we have met with Nino Burjanadze, but now we have to unite.” Burjanadze was attacked because the former speaker of parliament was in favor of dialogue with Russia and was present in the hall when Kosachev made the above-mentioned statement. Ms. Nino does not hide that the possibility of dialogue is not wrong, but she does not categorically demand dialogue. We suspect that she heard it in a unified format and saw things that she does not speak about  loudly, but she realizes that Georgian politics is controlled by American and European ambassadors. The statement from the Georgian side in response to Russia’s offer confirmed one thing: the Georgian government has no right to talk to any other state independently. If it has the right to do so, why doesn’t it  protest before the same West  the appointment of Mikheil Saakashvili to Ukraine? If it does not miss  a chance to sue Russia in the West under a real or imaginary reason, why them it is  not complaining to the West about Ukraine? Because a vassal could not reprimand the master, the West decided to do the same and by this ignored “partnership” with us, and put us openly an inconvenient  situation

In principle, we have not noticed a great inconvenience of our powerful top officials  , so,  the Georgian authorities,   have probably become accustomed to the fact that our  “international partners”  are interested in us only   when they need a Russian curse by our  mouths. Yes, they also said that it is not worth to destroy  relations with Ukraine because of Saakashvili, since Ukraine is a wheat barn. Which wheat, gentlemen? 90% of the wheat needed to bake bread is imported from Russia! Or, what does it mean that relations cannot be destroyed  because of Saakashvili? A man convicted of a felony has been charged with a number of criminal offenses, is appointed   on the high position and . . . criminal must fight against corruption?!   It is interesting to note that when the  Georgian delegation travels to Ukraine, what will happen  if among the hosts   Saakashvili will meet it at the   table of negotiations? Nothing will happen, gentlemen,  because the West wants it that way, and no one can rise a voice remove the voice.

Of course, ordinary citizens will suffer the most. What is the point of finding out after the Georgian-Russian dialogue that the problems of the Georgian population could  be solved through negotiations? Or so that the Russian side offers Georgia “better than the MAP”? It will be a collapse of the West, and it is this collapse that they fear in the West. It seems that European and American leaders know exactly what the Russian side can say and therefore do not want to appear  Georgia on such negotiations without the western  mediators and supervisors

The reality is that Russia has taken the first step many times and we have repeatedly refused to engage in dialogue. We did not refuse, but the fact is that the talks will not take place in the near future, and until the US ambassador puts the chair in the corner like a punished student and puts the law on the table with a fist, nothing will help us. This is the West that counts us from the European Parliament: not a pandemic and not a virus, change the constitution in time and we don’t care how many people get sick! And, the parliament will definitely resume the sessions at the end of this month and will also hammer out the constitutional changes written down by the Western ambassadors. Yes, before that Ugulava, Okruashvili and Rurua should be introduced as political prisoners, but all this will be later, later

This anecdote reminds me of Georgian-Western relations.