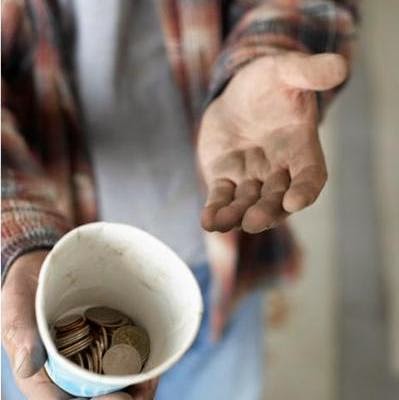 With the elections approaching, the poll is also increasing. Virtually every party or television station conducts a poll and determines the pre-election situation and mood of the voters. The parties are interested in the ratings, they do not trust the poll conducted by the competitor, they conduct their own. Here, a separate state television station puts the poll ratings, while the opposition channels claim the opposite. However, when the results of the IPM survey were published last week, political parties did not pay much attention to it. The reason is simple – the company was interested in something other than political ratings. Before I move on to the main point, I will introduce you to a very interesting part of the survey results conducted by the company. so:

According to the survey, only 19% of respondents are not afraid that they will not have food in the future. In percentage terms, parliamentarians, ministers, heads of departments, chairmen of councils, mayors, heads of IPs, etc. More than 19% will not really be with their family members. It turns out that those who work in a high-paying job are not afraid to stay hungry, otherwise those who have an unstable job that they may no longer have tomorrow are sure to face the problem of hunger. And this is the reality in which we live. In this reality, millions have to be spent on elections, and that is only because the elected will earn tens of millions. Can you imagine a country in Europe (we consider ourselves equal to Europe)  where more than 80% of the population is afraid that they will face the problem of hunger in a week or two or a month? What economic growth and development are we talking about, representatives of the respected government, when the population has lost hope in everything ?! This nihilism is no more, this is extreme despair. The result is that if these people miss one day and do not or could not attend the rally, they will not be able to bring food home the next day.

We have become a shattered nation and we will not be able to build such a strong state. It does not look like a circle anymore, it has stopped and we are squeezing one place, moving forward is impossible, and we are taking big steps backwards.

People no longer even hope to unite people. This is because they know exactly the condition of their neighbor, relative, uncle; They know that they too are bound under a yoke, and if they do not plow and stand in one place, then they can no longer move and let go of the soul. Very good and beautiful dendrological park; It is also very good that it was visited by hundreds of thousands of people, but if you thought about visiting a dendrological park symbolically costing one lakh, how many people would come? Much less and do you know why? One gel is one loaf of bread and the bread is still worth the blood. Yes, it is valued in blood and flesh because it is the staple food of the people. People can not buy meat, fish, or the nine products that the government should have priced and could not afford. Although the pandemic has not escaped us and we have survived the disaster (yet), people still have no hope for the Ministry of Health. No, because the universal health care program, so proud of the government, can no longer work, because 70% paid by the state is not enough for the population, because the remaining 30% simply can no longer be paid. Ice cream can not be eaten by more than 80% of children every day. He still remembers how you loved ice cream as a child. Today’s generations no longer have this childhood, food no longer comes out of the trash, because people are so broken, they can not throw anything, they even pack and eat the crumbs.

Do not start now, the situation is not so bad, you are getting worse. Do not say like a parliamentarian, I do not believe that children are starving in Georgia. I believe you do not believe this, because in your environment, in your studies, everyone is employed, everyone is secured and you can not see the rest. However, Ager published a study showing that you are only 19% secure, while the rest are on the verge of starvation.

The number of premeditated murders has increased by 150%, violent crime has increased, petty theft, tire theft has returned again and become a problem. People is  hungry  and you do not understand. Have you heard of “stomach biting”? This is to blame for the increase in crime, the hungry man going for everything. I repeat, about everything, because the stomach does not know patience and, if you have not read Niko Lortkipanidze’s “Tragedy without a Hero”, at least read it now, read it several times. These are the heroic tragedies that are happening around us.

From today’s point of view, it seems that the ruling power will still win the elections. And now it can be said that nothing will change for the better. This is because this force had exactly eight years to change things and we got to the point that 81% of the population is afraid of starvation, afraid of staying with no food, and that is a fact.

Be surer, the new parliament will pass new laws, discuss gender equality, tolerance and a thousand other nonsense, that’s nonsense, because everything goes to zero when it comes to starvation and starvation to death. Giorgi Kvirikashvili was quoted in the UN report as saying that 77 thousand children are on hunger strike in Georgia. Well, we fired the Prime Minister, but those 77 thousand children were ousted by this resignation? Where did they go? Has the problem been solved? If Kvirikashvili’s resignation helped 77 thousand children, remove the entire Cabinet of Ministers, it will also help the country. But no, it was just an excuse and with a similar excuse it would be possible to launch any premiere at any time. Why do you want a UN conclusion ?! Ager, go out on the street and you will see how many children will help you in the hope of helping … in the hope of earning that ice cream money that you loved so much in your childhood