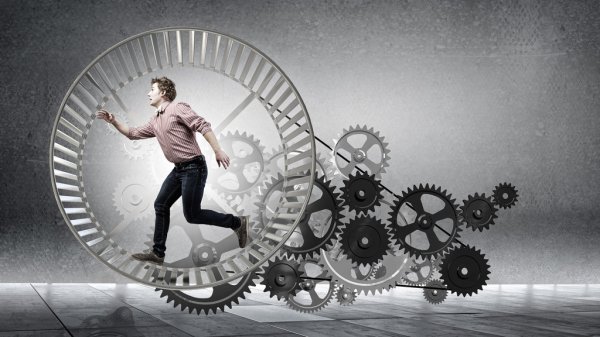 June 29 will be written in golden letters in the history of Georgia, the legislators ordered and the constitutional amendments were “hammered” in the third reading. This means that we will elect the next parliament with a system of 120/30, ie 120 deputies will be elected by proportional list, and 30 will be elected by a majority. It is true that no one can explain to us how 73 constituencies were reduced to 30 and how one majoritarian should look after, at least 150 thousand voters, but this is not done for the voters and no one obliges the deputies to look after the people. Voters are still on their feet, as they have been for the past four years.

The main thing in all this is that the mentioned constitutional change was not our wish. This is what Europe and America wanted. It was under pressure from American and European ambassadors, diplomats or congressmen that the government backed down and ignored the people’s opinion. If you remember, during the first attempt, this project failed and failed for a simple reason – the majoritarians said: we met with our voters, they are against the constitutional changes and you have heard the voice of the nation, the voice of God. However, US-European interference has made lawmakers forget both the nation and the monk. They simply obeyed the decision of the “strategic partners” and then, as they claimed a few months earlier, the voters were against it. This is the case in Georgia – no one asks voters, the main thing is how specific people in Europe and America will wake up.

The most interesting and funny thing is that both the government and the opposition, and most importantly, the Western partners, think that with this system, the probability of forming a coalition government is very high. How do you imagine in the Georgian reality that, for example, Giorgi Gakharia is the Prime Minister, Elene Khoshtaria is the Minister of Infrastructure, Nikanor Melia is the Minister of Internal Affairs and Shalva Natelashvili is the Minister of Defense? They are not in power yet and the opposition is killing each other because of the chairs (new series is waiting for us), the war between government groups and clans is a separate topic and now the West wants these people to work together in one cabinet. Do you know why this is out of the question? Because Israel, Moldova, Hungary, Greece, Italy and many other countries have failed to work with the proportional system. In these countries, the coalition government is mixed, Dairia, and finally early parliamentary elections are called. Judging by this, it was necessary to call early elections in some countries for the second time, because the coalition government was formed again and, like the first one, it was not justified again.

We all know very well that the coalition government will not justify itself in Georgia. We also know that in such a case, we will hold early parliamentary elections, which will cost the country’s budget several tens of millions more, then someone will not like something, will try to protest, then there will be a temptation to rush into the parliament building and go to the vicious circle. For 30 years, we have been walking and we have not been able to reach ourselves. The hamster is often placed in a cage on which he runs, runs, gets tired, gets tired, rests, and then does the same thing again. This goes on for years until the hamster dies and is then replaced with a new hamster. In medicine, hamsters are often used for temptation, and for some reason I feel that we are like hamsters running in the same circle in the West, and now they are calmly waiting for us to get tired and when we will not be able to fight and run. In principle, if we no longer have the ability, it has already appeared – America-Europe has scored its goal and we have come up with a law that will be easily blown up at any moment, with the appropriate mechanisms in place to ensure that early elections are called. Coincidentally, if the national government comes to power, they will change it; Or if any government promises to overthrow the yoke of slavery, they will not give up.

If we shout on our last voice   – this law is another step towards Europe, I ask you, gentlemen, which Europe? Towards that Europe, at the beginning of the pandemic, all the countries were locked in their own shells and, if not Georgia, Spain and Italy were doomed to death? Towards Europe, they later admitted: Wow, did you survive, our Spanish and Italian friends? I apologize for not being able to pay proper attention, we made a mistake and where was the strategic partnership at the moment, the solidarity of the EU member states and the helping hand? – Nowhere. And do you know why? Everyone was waiting for these two countries to weaken, then they were given a debt and they had to make money out of poverty and become even more dependent. Yeah Al that sounds pretty crap to me, Looks like BT aint for me either. Everyone wants dominance and is therefore willing to sacrifice partners easily and sacrifice to death. Thousands of Italians and Spaniards were killed every day, and no one wanted to give them anything to make their lives easier. And can you imagine what would have happened if there had been a similar scale of infection in Georgia? – Europe would bring wire to our country and would calmly wait for the territory to be cleared.

Now we celebrate again. We are celebrating a new record in the Constitution, and then, if this record always reminds us that someone (yes, someone) Kelly Deganan turned the Georgian political spectrum on her finger, spun like a spinner and cut the Constitution – the supreme law of the country, on her own template. With this we have officially registered the slavery of the West and we cannot tell you how many more years will pass before we wash away the stain. That is why Lak, because the whole political spectrum, the self-righteous people (if you ask them, is like that), has been arguing for two months: we cannot violate the Constitution, the parliament will no longer consider electoral changes, but will discuss them instead of one or two. Nor should we forget that the West has forced the government to unofficially acknowledge that there is dictatorship in the country, because when you release two people from prison, who are the last to vote, they are criminals, they smell politics, and they are political prisoners. The formation of a state where there are political prisoners is called dictatorship. However, the ruling party swallowed this and passed a law, which, I repeat, will be followed by unrest and misunderstanding, we will repeatedly shake hands, but we also know how politicians will “populate” this story – strategic partners and friends have advised us to refuse ?! Friendship, as a rule, is what Germany, France, Spain, and Italy have in common, that is, they are everywhere together, in the Big Eight, in the European Union or in another union and alliance, but as soon as it took a job, Italy and Spain were left alone. They kicked in, turned their backs on the troubled countries, and apologized, much to our chagrin.

I can’t tell you what will happen tomorrow, but we know for sure that in the fall we will elect 30 majoritarians in the 3-million-strong electorate and that will end the relationship between the electorate and the electorate. No one will be able to walk door-to-door physically, and the main thing will not be who got how many votes on a particular day, but who will get how many votes in the next four years. And the population (unemployment statistics have doubled) will still be in their hands and will wait for the bone that the strong people of this country have been shouting for 4 years and will be thrown out for the elections. Before that, it depends on how Kelly Degnan will wake up, and it will not happen that Rugua’s release will lead to the release of Ugulava and Okruashvili – that’s it, let’s write in the agreement. When the Georgian political spectrum and Western ambassadors draw up a document and talk seriously about the political arrest of Giorgi Rurua, then we have a “celebration of democracy”.