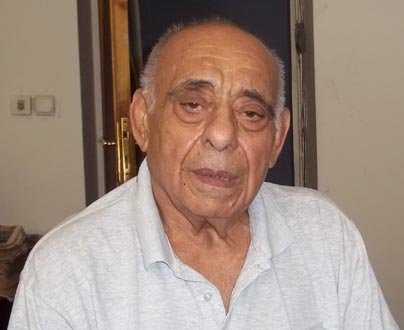 A man  righteous in word and deed, a crystal figure, a patriot, a brave man, a direct speaker

A faithful reader and active respondent of  “Georgia and the World”  .

All his appearances on the pages of our newspaper proved again and again that he was a true patriot – a Georgian man with blood and flesh, wise,  thoughtful about the fate of his homeland.

His last interview, which he gave to our newspaper, when he was already seriously ill, was a kind of testament left for the next generation. 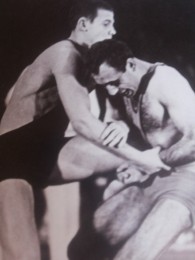 I have never seen such an excited, tense and negatively charged Zarbeg Beriashvili – I apologize to the readers of our newspaper, but what I think about the current situation, I must say directly, he said.

“The country is so confused that a man can no longer understand who is good and who is bad, who is a real patriot of the nation and the country and who is  enemy.

Hell with me, my generation is passing away, but what can our children and grandchildren do? What can do those children who have never listen a true opinion, what do they learn? To whom they should  stand?  Appears somebody bastard, excuse me, a bum, who had never did a good thing in his life, drug addict . . .  and says Georgia is my country? Yes, he says it bravely! He says we must trust him. And we look at him and listen as if it is a ordinary case

How dare he do that?! But dares and even comes  and threatens. Earlier,  if someone said I am from Tbilisi, it meant something. What is happening today?

And, suddenly he cried from the very core of the heart: “Isn’t it a shame for Tbilisi to allow some bastards  to do that?”

Of particular concern of him was the problem of maintaining nationality, imitation, as if the introduction of the American style. He was very principled: Please write it necessarily what I say now: Almost 30 years have p[assed from the times when we start saying America, West?” WE do everything under their dictate. And, if so, what we want to argue? We rule  according to their life style, the west is exemplary by technologies, scientific achievements, high living standards. Let’s us imitate them in these fields

“It is well known that America fights against Russia. But, why is America throwing us into this whirlpool where we have no chance to survive?!”

And at the end

“Where, in which families grew up  your colleagues? Why taught them, in which universities they learnt that a journalist  must be villain, disgusting, ready to humiliate the respondent, infringe on his dignity in order to obtain material?!”

That bothered him too

A lot of sorrow and more pains  took with him Zarbeg Beriashvili – a man who always had a right to speak in this manner, because he, as the undefeated wrestler introduced the name of Georgia and courage of Georgians to the whole world

And we, unfortunately, could not say goodbye to him on the last road due to the state of emergency declared in the country.

Such time is now.

On behalf of Journalists of “Georgia and the World”