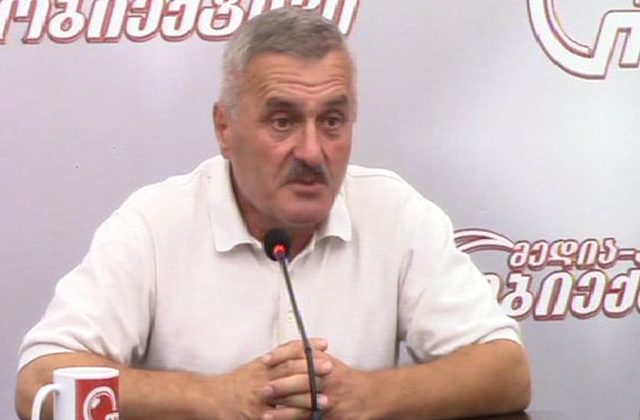 The Commander of NATO Joint Forces in Europe, US General Todd Walters, spoke at a special briefing on February 3 about the Alliance’s recent military exercises in various regions, saying that all of this has significantly increased the security of allied countries. He said that with the recent large-scale exercises in the Black Sea, in which two US Navy ships – “Donald Cook” and “Porter” – participated, strengthened their positions: “We have strengthened our positions in the Black Sea and received excellent support from Georgia and Ukraine. It was a clear example of the development of mutual compatibility. “

According to his evaluation, there are many challenges in the Euro-Atlantic space today, including harmful activities carried out by one of the rivals (Walters did not specify who he meant by the rivals or what activities he meant). The US general also explained that due to the existing threats, the Alliance will continue to actively pursue exercises in the Black Sea area, which will contribute to the stability of the region.

Note: Todd Walters also spoke about the need to intensify the North Atlantic Alliance in the Black Sea and the threat of increasing Russian influence in Georgia during a special report to the Senate in February last year. His speech was followed by a kind of political applause in the Georgian political spectrum, and his statement last week was called “another clear signal” by the ruling team, which shows that Georgia and Ukraine should expect large-scale assistance under the new White House administration.

Whether the North Atlantic Alliance has strengthened its position in the Black Sea and what it will bring to Georgia – former Chief of General Staff, Major General GiviIukuridze talked about these and other important issues.

– Mr. Givi, Todd Walters, Commander of NATO Joint Forces in Europe, said that with the recent military exercises, the Alliance has strengthened its position in the Black Sea, which is crucial for the security of the region. According to him, despite the challenges, Georgia and Ukraine have made a great contribution to all this. Is this statement real? The Alliance’s positions in the Black Sea are actually strengthening, and what does this process bring to Georgia, which is in a heated confrontation with Russia?

– In fact, the situation is as follows: the North Atlantic Alliance, Russia and, of course, Turkey have growing interests in the Black Sea, but not only as a member state of the Alliance, but also as an independent entity. Therefore, the cascade of military exercises conducted in this region is aimed at a single goal – each side to strengthen its positions and pave the way for more influence in the future. This is a simple explanation for all this, but if we are talking about the fact that NATO is conducting more and more training and activation today, we should not forget Russia. Russia is not really inactive. It is strengthening its presence in the area, increasing the number of vessels, both in the Crimea and in the port of Novorossiysk, and in addition, has recently introduced additional anti-aircraft means in the Crimea, which are the latest means and can solve any task. As for Mr. Walters’ assessment, the statement that the North Atlantic Alliance has strengthened its positions in the Black Sea, I think, is a desire to make a wish a reality rather than a reality. Yes, there were two American warships in the Black Sea – “Donald Cook” and “Porter”, which are really ships with great firepower, but they were accompanied by Russian ships everywhere. That is the reality, so, as I have said before and I will repeat now, Russia will not give up the Black Sea, the Black Sea is an area of ​​super-strategic importance for Russia, which will serve to strengthen or maintain its influence in the surrounding areas.

– In his speech, Walters emphasized Georgia and Ukraine and said that the exercises conducted in the Black Sea significantly increase the security of these countries. What would you say to such an assessment?

– Ukraine, unlike Georgia, still has floating facilities. A simple question arises – how is our security protected? This is one issue, the other is – what kind of stability are we talking about, when there is a superpower whose strategic interests are directly opposed to these processes? Yes, NATO is trying to use Ukraine’s naval means, including Moldova and Bulgaria, which is already attached to them, but pay attention to one thing: Turkey, without any agreement with the Alliance, is trying to strengthen its influence in both Ukraine and Bulgaria, doing so within independent policy. . As for Russia and its resources, for some reason we hear assessments from certain subjects that it turns out that Russia is lagging behind in armaments and it no longer has as great military capabilities as before. Looking at the reality, in recent years they have created a number of missiles of various purposes and denominations, against which even highly developed countries do not have air defense. Among them are, for example, the supersonic rocket “Kinzhali”, the same “Zircon”, etc. This is actually an ultra-modern type of weapon, the analogue of which, by the way, Americans are now working on. That is the reality. I am not saying that we should be afraid and we should not dare to raise our voices out of fear, including from the high political tribune, not what we need to say, in the international arena, but we should look at the reality. Otherwise, we will be constantly stuck in illusions and imaginations that NATO will conduct exercises and we will be more protected; Here, American warships will come and no one will dare to do anything to us … It will not happen and it is impossible to happen, because whether we like it or not, Russia is the main factor in this region and it will not leave any action against it unanswered. ..

– From an objective point of view, what could be a political punishment for us for participating in NATO provocative actions in the Black Sea?

– To tell you the truth, I am far from the idea that tomorrow we will be beaten and war will start, no, everyone knows the military capabilities of Georgia, but Russia has many other levers. First of all, these are economic levers, as you know, today Georgia is heavily dependent on the Russian market, in addition, in Abkhazia, they will probably further strengthen military bases, increase the contingent, etc., although they still have quite a lot of power there and in this regard they do not really suffer from a lack … By the way, we were talking about armaments in the beginning, and recently a military collegium was held in Moscow with Putin’s participation, during which very interesting things were said. 70% of their weapons are already equipped with completely new equipment, and specifically in the missile forces and those forces that can use nuclear weapons, this figure rises to 87-88%. In general, they have the nuclear weapons component at the highest levels, both in the land markets, as well as in the maritime, underground and above-ground markets. This is not mentioned because we are afraid, but simply because all, politicians among them take into account a reality we can not escape.

– Under the current government, do you hope that they will be guided by this principle? This one and the other – do you think that the representatives of the military elite should be actively involved in the decision-making process at the highest political level?

– Under the current government, I do not have such hope and I think we should not expect that what has not happened in these eight or nine years, will happen. It will not and cannot happen given a number of factors, including the fact that the degree of independence of this political leadership is very low.

As for the question of whether the military elite should be involved in political decisions: politics, of course, should be led by experienced, qualified politicians, but when we talk about the security of the country and its related system, obviously the decisions should be made by professional military. But, in Georgia, unlike developed countries, including the United States, unfortunately, there is a practice of dismissal of old, experienced staff. The result is that there is no qualified commission to discuss which weapons to buy, how much money to spend, what not to purchase, what kind of troops we should have, and so on. I think this is a harmful practice that is harmful to the country, so there should be experienced military in the parliament, with the president as the supreme commander-in-chief, and there should be a competent group, which will include representatives of both the Ministry of Defense and the Ministry of Interior. This is the case in all normal countries, but in Georgia everything is the opposite. In our country, unfortunately, today decisions are made by absolutely incompetent people, only one or two people have a diploma of a state military security specialist. This is our trouble that no one thinks about correcting …