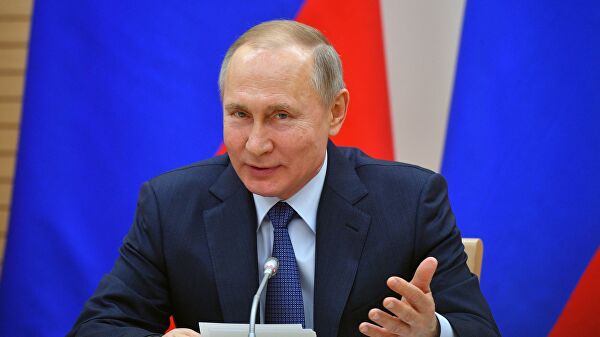 In the course of meeting with the working group formed for preparing proposals for making amendments to the Constitution, president of Russia Vladimir Putin declared  that as long as he is the head of state, there will be no terms “Parent No.1”  and ”Parent No.2”  in Russia, there will be only the terms “Mother” and ”Father”

The president’s statement was followed by an international backlash.

Ministry of Foreign Affairs of the Great Britain spread the statement, indicating that the Great Britain is proud of legalization of marriage between one-sex individuals and called all for fighting against discrimination of the  sexual minorities

The Russian Duma member Aleksey Pushkov responded this call of Britain: “If the United Kingdom wants so, let them have “Parent No.1”  and ”Parent No.2” , sexless children – it is their right,  we don’t impose anything on them, but we are not going to accept strange  to us concepts” – Pushkov says.

While Vito Comenchinni – the Italian parliament member from “Northern League”, assessed the Russian president’s words about “Father” and “Mother” as “Clear, fair and reasonable” – “Protection of natural type of family – this is a fundamental task, because only such type of family corresponds to the Christian values” – The MP underlined and added also that his party too acts exactly to this direction, while the Party leader Mateo Salvini, when he was a chief of the Interior Ministry of Italy, removed the words   “Parent No.1”  and ”Parent No.2”   from the official forms and returned the words “Mother” and “Father”, instead

“We urge, to protect society which consists of personalities and not of the numbered people” – The Italian MP declared and added that Vladimir Putin  showed a great example of protection of  traditional values and the society based on them, as well as protection of Christians, who are  being persecuted in many regions of the world

based on the materials  published on the website of “Radio Sputnik”