Media reports and subsequent explanations that the supply of natural gas to the Trinity Cathedral had been suspended due to non-payment of fees (which occurred about a month ago) were immediately followed by applause from the liberal elite and comments full of irony. Starting with the so-called   united opposition (whose vanguard is the National and Europeans), and ending with the foreign-funded  so-called NGOs, all unanimously said it was welcome when the law was most uniformly enforced in the country. Moreover, some “non-governmental” activists wrote in the  social media that the supply of natural gas or water due to debt should be stopped not only to the Trinity, but also to many other temples and monasteries. No less unfair is the fact that some churches have to pay utility bills like hotels, restaurants and casinos, at non-residential (increased) rates.

In short, the anti-Orthodox hysteria over the fact that “the law is the same for everyone” and that the State should not allow Patriarchate to enjoy any privileges, has taken  a campaign character in the media. The topic, as always, has been the subject of extensive discussions, although as a result, the liberal propaganda has received even more intense public aggression and resentment.

What forces are gaining benefit  in Georgia today by the persecuted Church, what leverage do they have to do so, and what is it all about? Doctor of Theology, poet Vazha Otarashvili talks to Georgia and the World.

– Mr. Vazha, the Trinity Cathedral has been shut down for more than a month due to non-payment of taxes, which has been welcomed by liberals, who say there should be no more privileged institutions in the country above the law. Moreover, these days some aggressive liberals have been actively writing on social media that the supply of natural gas, water or electricity to other churches should be stopped too … Do you think they are trying to influence the church with this behavior?

Funded by Soros’s money, aggressive and angry, the so-called Liberals call for natural gas, water or electricity to be cut off to  other churches and monasteries along with the Trinity. This is a call for the 21st century liberal-Kizilbash unit, which, if allowed, will destroy the Svetitskhoveli Cathedral, the Monastery of the Cross, Gelati, Bagrat, and, in general, none of the orthodox shrines preserved for centuries will remain in the country. They forget that more than 85% of the population in Georgia are Orthodox Christians, and our heroic Christian ancestors have brought Georgia to the present. We all know the purpose of these people – they are receiving instructions from Western Masonic centers, for which millions are being credited. However, this is nothing new for everyone and everyone knows that behind of all this, is the so-called  pro-Western opposition  led by Nazis and Euronats, i.e. led d by the Saakashvili-Bokeria tandem. As a result of the criminal actions of Saakashvili and Bokeria, the issue of the ownership by Georgia  of two Davitgareji monastic complexes has become suspicious .  This was a deliberate policy pursued by Saakashvili and Bokeria together with Vano Merabishvili, Gigi Ugulava, Zurab Adeishvili, Levan Ramishvili, Davit Kezerashvili, Davit Bakradze and others. By the way, Mikheil Saakashvili wanted to sell the beautiful village of Kirnati in highland Adjara, to the Turks; I even sold it if not for the thousands of rallies held by the “Patriots Alliance” … Now why do I remember all this: it was one of the clearest manifestations of the harmful policies that have been carried out and are still being carried out in a form of attacks to the church, today. In the future, this may continue in other ways, and you can be sure that in the implementation of this policy, the “dream” will be no less “successful” than the  politically married  “Nationals gang”

– In what ways can an attack on the church be carried out in the future?

–  Let’s take the issue of Davitgareji. This topic has been forgotten by the public for a long time and nothing was  heard, as if nothing was happening, , but today we see that Azerbaijan, as if our friend, is still pursuing a policy of seizing territories and we have already practically lost the two most important shrines. I have said before in an interview with you that I would like to reiterate that Davitgareji’s affiliation with Azerbaijan is a policy initiated by Philippe Makharadze on November 8, 1921, and, by the way, even this treacherous policy had many supporters. This policy is still being implemented today and all those who are silent about the occupation of Davitgareji, willingly or unwillingly, are the supporters  of Sergo Orjonikidze’s path.

Let’s get back to the topic of natural gas blocking for the temple. Today you will often hear that Azerbaijan is our strategic partner, that it supplies us with natural gas at a favorable price, and so on. I would like to remind the people who are appealing about this that Georgia supplies water to Azerbaijan. This, many may not know, since Soviet times, Baku has been supplied with drinking water from Georgia, which flows through huge pipes, in fact, for free. The question arises: if “Socar” is a political tool that is constantly influencing us, there can be no leverage on our part that Azerbaijan supplies drinking water from Georgia?! I have no complaints with the Azerbaijani people, but my land and water should belong to me! When did the Azerbaijanis  become the descendants of the Albanians, and how long has Davitgareja been a monument to Albanian culture? y the way, in the 17th century the border of the Khan Area  was inhabited by Turk-Seljuks and today’s Azerbaijanis are descendants of Turk-Seljuks, and this border was 170-180 kilometers away from the Davitgareji monastery complex. These are official sources, and the controversy today is simply absurd.

As for the issue of natural gas supply, “SOCAR” is one of the companies in Georgia that acts as it wishes, and which not only sells fuel and natural gas in Georgia, but also has shops along with gas stations and makes a huge amount of money. Let a  tax office or financial police enter at any their facility and investigate the legality of their activities. In general, one of the tasks of our government should be to free the country from the energy dependence of foreign states or to minimize this attitude. Georgia has an alternative in the form of Russia and Kazakhstan, which at some point may be even more favorable.

– If the country’s largest church had accumulated so much debt and has problems in  paying taxes, would it indicate the existence of unhealthy forces in the church?

– The church is a living organism made up of human beings, and like all human beings, the clergy are sinners; But we must distinguish ordinary sin from the struggle against God. I, for example, cannot consider as a clergyman the false Peter, the same Paata Tsaava who was introduced to the church in he past time, as well as Saria and others. Such people are cut off from the church by themselves, diverted to their place.

As for the fact that churches and monasteries should be taxed like commercial organizations and pay utility bills at an increased rate, the temple, hotel, restaurant or casino cannot be taxed equally, because the church is the heart of Georgia historically. By the way, there has been a lot of noise these days about the fact that 20 hectares of forest have been given to the church and, a question was for what it was needed. It was not only needed but  even necessary, for  not to see nightclubs and Buddha bars where young people drown in drugs nearby churches and monasteries. In general, the Mother Church is a symbol of Georgia’s unity, a symbol of the resurrection and healing of the dead, which whenever the enemy came, whether it was the Iranian Empire, the Ottomans, the Arabs or others, played a crucial role in uniting the nation …  All those are the country’s enemy who are celebrating today that a foreign company has turned off natural gas  to the Trinity Church. I repeat: If  they are allowed, the other  temples too would be blocked by air,  natural gas, or water.

– What is the future of our country in these conditions?

– If the Nationals-Georgian Dream’s  dictatorship is maintained in a form of Kobakhidze-Ugulava, Talakvadze-Bokeria tandems as we see today, we simply  will not be able to talk about the future. These two forces, led by one lord, are already openly opposed to Ilia Chavchavadze’s genius triad – land, language, faith.

– As for the way out,  I think the society should be released completely  from the influence of harmful propaganda, which insists  that the West will save us. Therefore, Georgia must pursue a policy of military non-alignment. Neither NATO nor any other military-political bloc trainings  should be held here, which give us nothing but danger and misfortune. I have said and I will repeat it again: Georgia will become the second Syria where there is no stone left unturned as a result of the confrontation of the great states.

This one and the other: we must remember that historically Georgia’s strength, hope and endurance have always allowed us to walk in the way of the Lord, so I want to call on our society: to the Lord, Georgians! To the temple, Georgians! 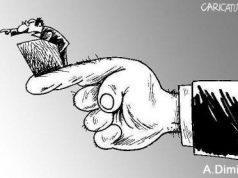 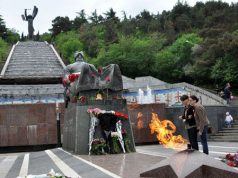 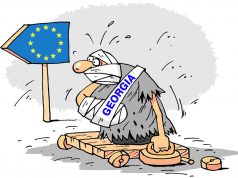 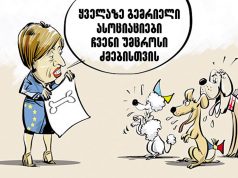 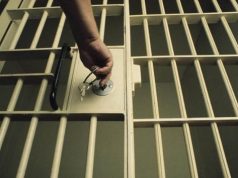 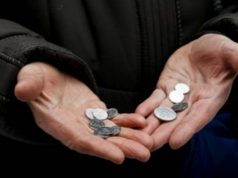 Guram Nikolaishvili: NATO will not involve itself in an open war...