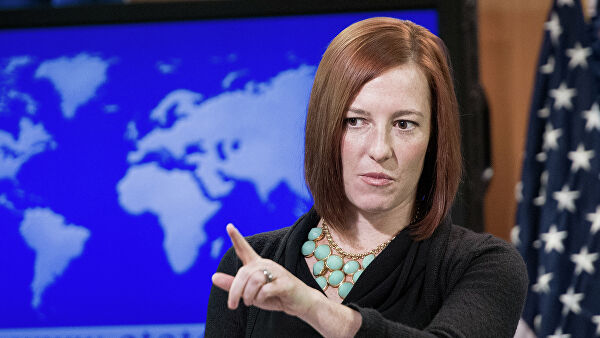 The letter I offer you is not an original, it is a compilation, a collection of opinions expressed by experts last week on the current topic of our day – the election of the President of the United States. Conclusions made by others, sometimes with explanatory explanations. And “Jobama” is more of a term than a name (read in the title), a mix of the names of Joe Biden and former President Barack Obama

It points to the reversal of the strategic goals of Barack Hussein Obama’s administration in the  by-Trump road-confused America. It is a simple symbol. Mixed with a rich dose of mockery. You can not say that it is a sample of language proficiency, but, not to be our opposition, this is what it is  .

And, this is “Mem”, the slang of today’s Internet. A cynical reference to someone or something about an event that is used in social media as an entertainment content.

A notable “Mem”  of  Biden’s arrival is Jennifer Psaki, the head of public relations during Obama’s presidency, a red-haired Furia, a faded variation of an angry and vengeful mythological goddess, who threatened the enemy camp with the appearance of American aircraft carriers on the shores of the “Sea of Belarus”, and to understand what the election carousel meant, she took time to consult with colleagues.

They have been searching for the “Sea of Belarus“ for a long time, but no one remembered Jennifer, she was released from the office. Re-discovered  these days. Not the “Sea of Belarus”, but Psaki, who is  returned as press secretary by  Biden:  It  seems  she has taken courses in Central European geography and also studied the theory of election fraud, while the practice she has undergone it during the   US presidential race.

Psaki too o became a “mem” because (analysts say) American diplomacy at the time was so “original”. And, this woman herself became so “popular” that T-shirts with the inscription “No Psaki” were displayed in clothing stores.

Let us mention once again: this irreplaceable official was in the service of the US Secretary of State – John Kerry, who (Kerry), judging by the results of research, was the worst (unsuitable) Secretary of State in the history of this country.

However, neither Biden is considered a great statesman. In any case, those who have been following his activities since the vice-presidency.

And – even before that.

Most recently, Biden made a very meaningful and extremely ambitious statement: “The world lacks the ability to self-organize. America must sit at the chair of table” (Involuntarily, you may remember our oppositionists sitting at a long table in the Labor Party office)

This comparison would undoubtedly have been born in the foreign press when US President Barack Hussein Obama spoke about the special mission of the United States in human history during a ceremonial meeting with the audience of the Military Academy – West Point.

But, it was not born.

Even better – no one can accuse us of plagiarism.

The agitated president dressed in uniform stood in front of the amphitheater of the cadets and declare (unofficial translation):

“America, as always, is the strongest in the world. The United States is ready to use military force unilaterally … It is not a question of whether America is a leader, but of what it should lead to – only for our peace and our own well-being, or for peace and prosperity in the world. America has a responsibility to be a leader in the world, no one else can. I sincerely believe in the uniqueness of America. What makes us special is not   violation of the norms of international law by us, but our readiness to strengthen them”.

It seems  the US will attack the world through Biden with these slogans, to prove its special superiority

What America is sick with is called paraphrenia, in psychiatry. A person with paraphrenic syndrome considers himself a patron and a self-governing world, saying that the fate of humanity is in his hands, and that it is up to him to be war or peace.

The Psychiatry Handbook states that patients use grandiose comparisons and metaphors when talking about their strengths, not trying to substantiate their evidence.

It is a serious case …

Trump has not waged a single war in his four years in office. Experts are wondering where the new administration will light the fire of new conflicts – in Ethiopia, Libya or anywhere else. When it comes to this, they are unanimous.

It remains to be seen, however, whether Biden will be able to enter the White House to prove that the 80 million “absurd votes” in his favor are not fake and are perfectly legal.

America is waiting for December 14 – whether the vote counters will elect Biden as president.

Trump believes that many things can happen before January 20 (before the inauguration of the president): “The program that worked during the election, was mistaken many times, but always in favor of Biden” – said the defeated Trump.

Democrats, meanwhile, are demanding that when the president’s term expires, the suspended investigation against him be renewed.

Both sides are ringing from their bell towers.

Biden is already building a team, inviting old acquaintances with whom he has worked, those who are ready to “sit at the table, rule the world and confront opponents, uphold America’s global principles and moral leadership”.

Former US Deputy Secretary of State Anthony Blinken appears to be taking over State Department, whose  grandfather, Maurice Blinken, was a Jewish expatriate from Russia to America, and whose stepfather was a prisoner released by the Americans from a fascist concentration camp, цho, seeing an African-American tank officer, fell to his knees and spent his three-word English-language stock: “God save America!” – Blinken follows a new legend and concludes: “This is what America is for the whole world”!

Biden gathers such people around him and, most importantly, in order not to fall out of today’s fashion options, he invites both gays and lesbians to work.

The ruling elite of America can not tolerate this!

Instead, it tolerated (or did not want to admit) the falsifications of ballot papers, which are, first and foremost, a key indicator of elections. When  a specialist disclosing  these manipulations was asked whether he could name, in one particular case, how many votes Trump received and how many Biden, the answer was: about 570 thousand Biden and three thousand more Trump.

The Pennsylvania Senate has debated the issue of fraud initiated by local Republicans and Trump advocates. Witnesses testified that 1,800,000 ballot papers were mailed to vote, with more than two and a half million (!) returned.

One thing is certain: 50 percent of Americans support Trump’s candidacy in the next presidential elections.

On the eve of Thanksgiving, 2100 people died of coronavirus in the United States.