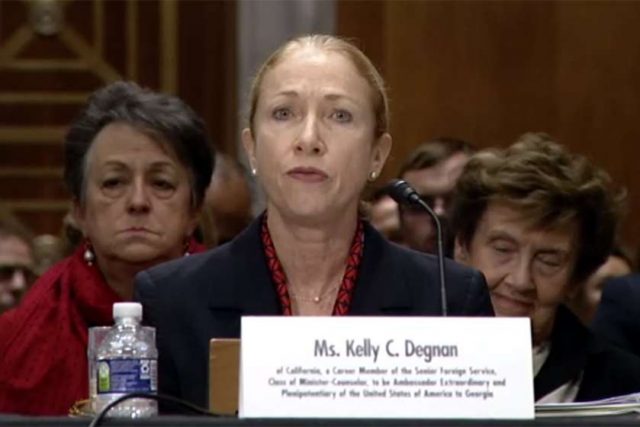 On July 1, the Brazilian publishers Agencia Publica and  The Intercept simultaneously published the investigation files where the conversation of Brazilian prosecutors are deciphered and where they assert that the United States  interferes in the  important political and judicial processes in Brazil.

The results of the investigation confirm documentarily the fact that was already known to everyone – the US special services controlled and directed the activities of the Brazilian prosecutor’s office, judges and the federal police, mainly for the mass and unjust arrest of those who endangered American economic interests and opposed  the expansion of the US  in Latin America, particularly – in  Brazil.

Under the diligent leadership of the Federal Bureau of Investigation, the largest Brazilian company Odebrecht, was ousted and practically destroyed, while the Brazilian political space was cleared of the leaders of left-wing parties and movements which had friendly contacts with Russia. The parliamentary coup led to the ouster of President Dilma Rousseff, while Labor leader and most popular figure in the presidential election, Lula and Silva, were jailed on unsubstantiated charges.

The mass political repression, which took place with the direct participation of the US Federal Bureau of Investigation, brought to power in Brazil the  representatives of the far-right extremists loyal to the US, and influenced the deployment of political forces in other Latin American countries. All this was a result of the gross interference of the USA in Brazil’s local affairs and elections.

A detailed investigation carried out by Agencia Publica has identified 13 US agents who were illegally sent to Brazil in October 2015 as part of an anti-corruption campaign inspired by illegal aid. This campaign was “baptized” as the largest ”anti-corruption” operation in the history of the world, at its core was a process of illegal arrests and giant fines. Punitive measures were taken against the participants of the artificially fabricated cases.

The CST command was interested in the identities of the American agents working in Brazil, as all available data indicated that all U.S. emissaries were involved in detaining Russian citizens in Brazil. This operation was used as an element of anti-Russian propaganda in the run-up to the impeachment of Russia-friendly President Dilma Rousseff.

It turned out that among those who came to Brazil was a well-known American “curator” in Russia, Jeffrey Pfeiffer,  a specialist in finance, administration and, apparently, anti-Russian provocations. Two years later he was appointed Assistant to the Special Prosecutor Robert Mueller, who was investigating the so-called  “Russian Interference” in in the US Elections and cooperation of Russia with the  Members of Donald Trump’s Election Staff members

The  allegations by the USA as if  the Russians paid money to the Taliban for each American soldier killed is absurd and nonsense, but the fact that US special services paid $ 800 per month to each Brazilian federal police officer has been officially confirmed.

The question now is who and when will conduct a similar investigation by the Brazilians in Georgia to find out exactly why Kelly Degnan forced the Dream government to pass constitutional amendments and release Ugulava and Okruashvili from prison, why our government changed its position with 180 degrees towards “Frontera”, and in fact, what did Mike Pompeo mean when he told  to Gakharia that he expects transparent and competitive elections in Georgia.