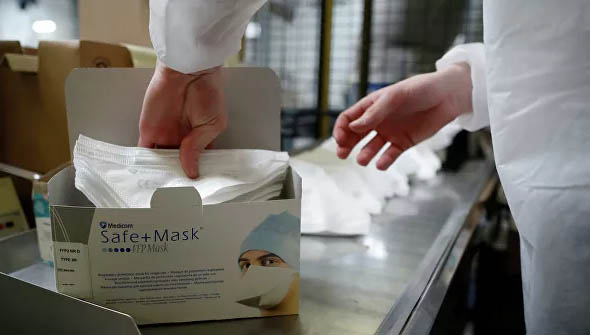 “Just minutes before boarding the plane in China, the Americans bought masks at double the price that the French had ordered for their hospitals and nursing homes in France,” said Renault Muizelli, president of the Board of  French Region Provence Alps

Muezel said authorities in the region had ordered several million masks from Chinese manufacturers. The products were ready to be shipped to France, but “something happened at the last minute.”

“This morning, the Americans bought the order for the French at the checkpoint in China with cash and the plane, which was supposed to arrive in France, flew to the United States,” said the French politician.

The newspaper Liberation contacted Muizelia, but the latter  did not comment on the details of the incident, although a source in the publication confirmed the information about the purchase of masks by the Americans and added that Americans all over the world buy masks at any cost.

“They pay twice as much, even with cash, they don’t even look at the products and they say, ‘We can afford it,'” said one source, adding that the French only pay after receiving the products. At the same time, Americans want to buy millions of masks, so the relatively modest orders of Europeans are in the background.