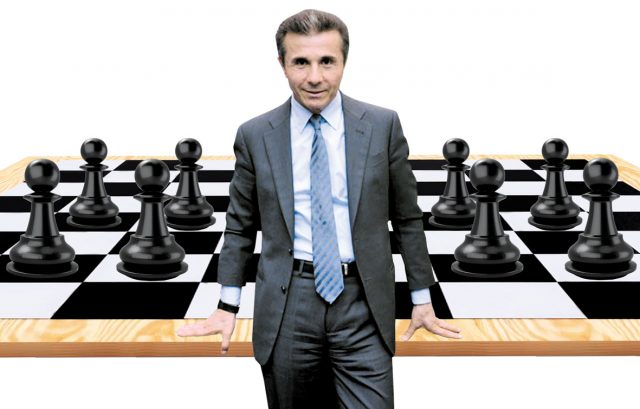 2020 is the year of elections. All,  starting from  astrologists and ending  with fortune tellers, predict that this year will be  politically difficult. Now, at the beginning of the year, they say that the big governmental changes are scheduled, so that even the premier Gakharia may be sacrificed  to them. The fact is that the leading party experienced loss in the presidential elections as a result off inactiveness and cohabitation and, will now try not to repeat  the same. What kind of year will be 2020?  Will the country reach peacefully to the elections or serious  political fluctuations may be expected?   – These and some other important topics are discussed below by the economic expert Gia Khukhashvili: 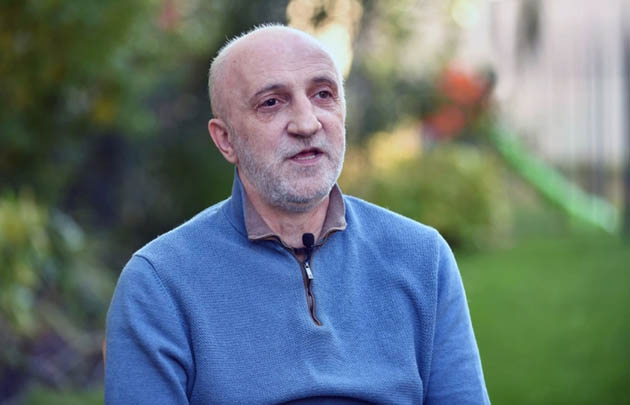 – A vague, to say more precisely – affective, situation exists now in the country. We are now at the historic stage of a political apathy. Majority of voters in Georgia is distanced from the political elite. They like neither the government nor the opposition. Therefore, the political elite of Georgia is in a deep crisis

I do not think and it seems true that survival of Ivanishvili is a task of the State. Development is a task of Georgia. But, a fact is that this government cannot ensure the country’s development. As a result of the  events developed in the judiciary system, Bidzina Ivanishvili declared in fact that he is a legal successor of Saakashvili’s Vicious politics and,  by this, accepted all the bad Misha had. It is true Ivanishvili does not look as aggressive as Saakashvili, but, in fact, not so much is changed. I even  guess  that Bidzina acts in this manner  consciously, however, I think at the same time that die to non-professionalism his team fails  to eradicate   these viciousness. So or no  but we still have the viciousness Misha’s period of governance but with  a less aggression. Country is not developing and probably Bidzina even does not want to introduce systemic reforms, i.e. the promises he gave people in 2012

-. Ivanishvili will try top maintain the power. What can he do until the  elections and how can he preserve the position?

-, Bidzina Ivanishvili’s position is not to win but to buy the elections, while  the elections are  possible to  bough if your alternative does not look better. Monopolized resources on one hand and the faceless and weak opposition on the other hand, are allies of Ivanishvili. So, Bidzina Ivanishvili will not have even an attempt to introduce a positive agenda for these elections. He has ignored it long ago and thinks only about  introduction of a negative and, on how to create a scarecrow from Saakashvili  and plus conspiracy theories. So, we may become witnesses of a next state coup case, also an imitation of   restoration of justice, etc.

– Next state coup case you mentioned.  What did you mean in it? Are such cases happen in coordination with the state power?

-, Yes,  we saw imitation of the state coup. We have many such cases, so think whatever you want. Till now the Prosecutors Office and the Courts study such cases but non of them are opened yet. At first the investigations start but then – as if forgotten. They kept such cases for elections, they need them for preserving the power. The only item of Bidzina Ivanishvili’s agenda is to preserve the power with any possible mean. For him, issues of state importance are of a secondary nature

-, Bidzina Ivanishvili got a bitter experience by the last  presidential elections. What do  you think, does it mean something for him?

– As seen such an experience means nothing for Bidzina Ivanishvili. We all remember how scared he was after the end of the first round of the presidential elections , saying that he did many things incorrectly but will try to recover the mistakes and the situation in the country, but nothing is improved thereafter. Bidzina Ivanishvili is thinking as a businessman  –   overcome a problem and then forget it. For him a promise is nothing  and he approved it to the society in case the case related to the  proportional elections. With non-fulfilling this promise, he “ignored” not only the “National Movement” as the “Dream” wants to introduce the case, but the total Georgian society, destroyed a prospect of opening a political space and left the society in the two-pole narrative

In the last presidential elections. a danger was real and, saw it, but managed somehow to overcome at and forget it soon – almost at the second day. During the period wen his team is in the power, he did nothing to be bold of it, only promises on better life, if not this year – in the next year in all cases.

-, Are the governmental changes expected?  During the last several days some news agencies spread the behind-scene information  about a possible resignation of Gakharia. Indeed, the fact is that ministers  fail to resolve the problems the country faces. . .

-, Cabinet of ministers is an institution which makes decisions and takes responsibility for their implementation. But, in Georgia the situation is different. Here Ivanishvili takes decisions but nobody is answerable. How clever Gakharia can be. he, like the other ministers, is not a decision-maker. Please believe me, in the Ivanishvili’s government none of the officials has a feeling that he/she males decisions and bears responsibility for their execution. Therefore, no matter who will be premier and who – minister, nothing will be changed!

Imagine theoretically that all left the “Georgian Dream” – MPs, members of the government,  the party elite. And, Bidzinashvili formed a new crew – “clean” people  from the street”, so say. Will  anything  be changed? Nothing,  because  in areal, a shadow authoritarian governance is in the country where only one person – Bidzina Ivanishvili is a subject who makes decision and is empowered to charge liabilities. Despite the circumstance that they play “children’s home” – somebody is speaker of the parliament and  other – premier, even these individuals do not have a feeling that they can decide something here in this country. The widely spread expression words are that politics is a chessboard, but, in Georgia, there is  one king on the chessboard, while all others are  pawns – such a strange chess plays Bidzna Ivanishvili

-, So, it comes out that no changes are expected and we will reach the parliamentary elections in a calm situation without becoming g nervous?

– “Calm” is a loudly said word, I think a permanent instability will be in the country until the elections. I do not expect  something dramatic but usual  permanent fluctuations, problems. . .

– In the last days  many talks are heard that probably the external forces may be infringe in the elections and try to replace  Bidzina Ivanishvili who may be considered as a person undesired  to them. . .

– External forces are usually interfere in cades only, when a wish of people is clear. Otherwise, they cannot risk. They also may be involved in the current processes for strengthening  or promoting something, but cannot make decision.  Foreigners observe the mood of society and, if there is no ground for changes, they cannot change the things. In 2003, when the “Roses Revolution” happened, the people’s attitude to Shevardnadze was really negative and, foreign forces helped them in acceleration of processes, like in 2012 when they participating in overturning Misha’s regime. So, foreigners may only help . . .

To say frankly the current situation is bad, people does not like Ivanishvili anymore and, many questions have also towards him the western partners, but, it does not mean that if the Georgian society wants to have Ivanishvili in power, the west will anyway replace him. The current attitude of Georgians to Ivanishvili creates a fertile ground that the west play a promoting role in substituting the power.

-, And, if it happens, which force can replace Ivanishvili? “National Movement and its branches have not a wide support . . .

– We talk that Messiahs time must end in the country. We need a new national leader who will meet the requirement – neither present nor past, but something a new. No such leader is seen ., On the one hand it is good, because as a say Messiahs stage should end. Just for this reason was good the proportional elections since it could introduce a system of collective governance and the political  parties could  leave the cacophony of monologues  and try to negotiate. This could defeat Messianism

Georgian society witnessed several times how the authoritative governance ends – with usurpation of the power. We do not have another experience. Now, the time came to see what does the collective governance mean. Maybe it is not an ideal one, but we have no other way out.

– So, it comes out that Ivanishvili will stay in power?

– I cannot say it for sure, not because I cannot see another political force able to defeat the “Dream”, but because Ivanishvili is main enemy of himself. So, I cannot exclude that he will commit a political suicide . A dynamic shows it.