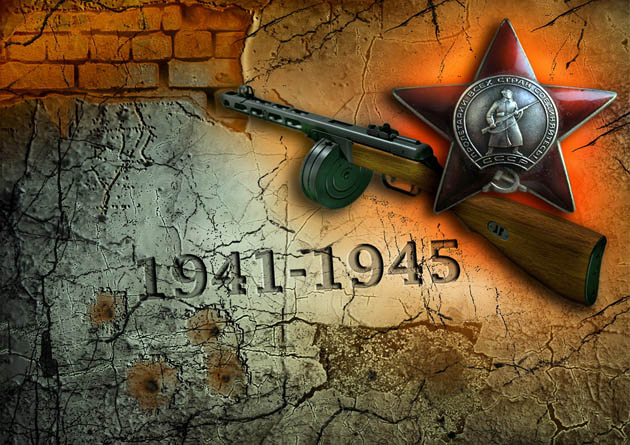 Another May 9 came, the 75th one  in a row since the famous anti-Hitler coalition of the Big Three (USA, England, USSR) won the Second World War, saved humanity from the greatest enemy in its existence – German fascism.

This victory cost the world about 71 million lives (the USSR lost 28.8 million people, the United States 417 thousand, Great Britain 380 thousand) and maybe, even because of this simple arithmetic, it could be said that the main actor of the victory of  this  anti-Hitler coalition,  the Big Three  (Winston Churchill, Franklin Delano Roosevelt, Joseph Stalin) was  the USSR (Stalin)

The fact that the Read  Army let under the generalissimo Stalin  had a lion’s share,  had never been doubtful  – neither  at the historic meetings of the Big Three in Tehran or Yalta, nor later – after the end of the war and the death of Stalin. This  may be confirmed by the speech of Winston Churchill himself, a sleepless enemy of communism and the author of the “cold war”, he addressed  the House of Lords in 1959: “It was a great happiness for Russia that during the great ordeal of the country he was led by a genius and an unshakable knight – Stalin. Stalin made a great impression on us. As he entered the Yalta Conference Hall, we seemed to be on command, standing on our feet, and no matter how amazing, our hands were stretched out on the seams of our trousers”.

And now what do we see? In front of us is an attempt to copy  the history dishonesty. This process gained larger scales during the last 30 years – in the period when the aggressive  neoliberals strengthened positions in the structures   of most of the western countries. As a result, we have a  paradoxical picture today: The majority of the Western population, who grew up on Christian values, are ruled by a minority of immoral and ungodly Satanists, who, I repeat, are unfortunately the majority of the ruling circles and govern the society of their “democratic” countries by their written or unwritten laws. I took the word “democratic” in quotation marks because it violated the main postulate of democracy – the majority should rule the country and not vice versa,  and that is why  I called it neoliberal dictatorship.  The result is not only the inviolability of LGBT sects, but even their   encouragement and stimulation;  Juvenile justice, for fear of which the father cannot anger the child, because according to the so called “Child Code”  parents have no right to prevent their child from using drugs and prostitution, because, as if it will be deemed a violation of the rights of the child. At first glance, it looks like “a pen tun from me”, right? Where Churchill-Stalin, World War II, falsification of history, and where  neoliberal dictatorship or LGBT sects and children’s rights? No, nothing similar, dear reader, because in parallel to the above mentioned immoral (to put it mildly)  paradoxes, the tools of falsification of history are also in hands of the neoliberal European-American (EU, EC, NATO, etc.) governmental structures and, are you so bold to compete with them? It was the EC which adopted the resolution saying  that Fascism and Communism, Hitler and Stalin were equal evils;  The resolution that was unanimously supported by liberalistic members of the EC and among them were of course the Bandera (read –   fascistic) backer deputes from the west Ukraine and its ally Georgia

Among the main players on  the global policy, against this, to put it mildly, dishonest resolution,  voted only the deputes from  big Russia and little Israel. Yes, the word dishonest is put mildly  because when the maniac Hitler and his annihilator it his own bunker Stalin  are considered to be at one level, it is more than dishonesty.

Negative judging of Stalin’s personality by domestic or foreign liberalists is one of the tools and instruments  by these people in many directions of the falsification of the World War II.  The targeted  process of brainwashing of the younger  generation is underway in “civilized” Western (read USA)  primary schools or colleges. Such `educated” persons do not know at all whether the USA participated in  the WWII and, if know, they cannot say for sure against whom thee USA was fighting and if know it in the best case  they say the it was the USA that  defeated the fascist Germany in the WWII. On this issue they even filmed  blockbusters in Hollywood, for instance,  the movie “Saving Private Ryan” (Oscar holder)  and, if USSR too was participating in  the  WWII “only somewhere far (at Moscow, Stalingrad and Kursk) where our broken in bones the undefeated earlier Wehrmacht forces and demonstrate to the whole world that a final graving thee fascists was a matter of time) was just a play of war”

As to the domestic liberalists who are busy by falsification of history, of  course they share almost  fully all the above mentioned. Almost, because they are not similarly cynic as the western  liberalists. Instead, they connect the victory of the USSR with the US military and food aid through the Land-Liz  line, that is  ridiculous if not for crying because, I do not think that if not the tortoise egg powder sent by American, we could lost in  Stalingrad and  Kursk. To say frankly,, Land-Liz was nor a free donation to the USSR, vice versa, just because of Land-Liz the America’s economy became able to start-up, when the USSR  was bleeding   and, the USA managed to overcome finally  the “Big Depression – for a long time after the end of the was the USSR was paying in gold  the price of tanks and tortoise egg powder delivered within  the scopes of the Land-Liz deal. Besides, the so called “second Front” opened our “allies” when the fate of the war was practically decided.  Until that moment they were looking from the ground floor what was happening and whether Stalin could improve the situation at Moscow, Kursk, or  Stalingrad

Our children, in the schools until they enter thee neoliberals forge Iliauni are taught that “that” was not our war and  even no Great Patriotic War exists, it was simply  the WWII and that 8th May is the day when our strategic ally and partner – the west celebrates 75th anniversary. So, we must also celebrate  the Day of Victory on May 8, otherwise, what the Europe will say? But, remember Khuta from our movie Shredded : Stop with Europe. And below, if needed, I can speak directly abut Russia and, discuss together  whose was   it – our of others (read Russia, or communists, if you want so) where, as one of MP dated himself, Georgians were driven to war like sheep

Above I indicated  that the USA and Great Britain with their multi-million populations. lost 400 thousand and 300 thousand, respectively, while the USSR – 28,8 Million. As for Georgia with about  2 million 200 thousand population in that time, sent 700 thousand  individuals there that “was not our war “ and, lost 300 thousand of  them

Analysis of these dry figures only, is shocking. But the neoliberals are not able to perform such analysis – there exist no family which did not lose a relative, member in that Great Patriotic War. I know this phrase became obsolete over  the times, but even today it shows exactly  that  tragedy  of our nation. Let’s other say about themselves, I say my words – two my grandfathers were fighting in that “not our war” . One survived from the Kerch nightmare, and the other captain of the aviation squadron  died as hero on 4th November 1944. What do you think you, neoliberalists, were they sheep? What about our healthy boys who are now sent in the Afghanistan  and other “hot points” over the world  – This is our patriotic war  and that war where about 300 thousand Georgians died  was not?

Even today I have a feeling of shame because of the last year’s 9th May day when some bastard NGOs    with whistles and shouts did not give to our veterans fathers and grandfathers to bring a wreath of flowers to the memorial  of an unknown soldier in Vake Park. And, why, for what crime?  For gaining victory in the war against the enemies of humanity? For they till now  think that it was the Great Patriotic War? For they till now respect their commander generalissimo Stalin ?

Last year, in this period, number of the war  was less of 2 thousand. Today perhaps  they are even less. I would like to congratulate them  the 75th anniversary of victory in the Great Patriotic War and wish meet many 9th Mays in future

P.S. I mentioned  above that if needed, I can say directly about Russia too. and now, I apply  personally to the president of Russia Vladimir Putin: Mr. President! It is  very good when you celebrated the victory with a bell each year. But, the main actor of this victory generalissimo Stalin is not mentioned.  Why do you “forget” him? But, no matter. When officials “forget” the Russian people remember and, despite the coronavirus, on May 9  they will once again will drown his  grave in a sea of flowers