US President-elect Joe Biden, who according to his opponents’ accusation has occupied the post of the  commander-in-chief as a result of a total election fraud, spoke on February 5 about the priorities of his administration’s foreign policy plan, saying “America is back” … he says he will rebuild alliances, strengthen co-operation and pursue a more proactive policy against authoritarianism in the world: “America is back, diplomacy is back at the center of our foreign policy … We are rebuilding our alliances, engaging not to address yesterday’s challenges, but today and tomorrow.” “American leadership must be prepared to face this new moment of authoritarianism, including China’s growing influence and Russia’s intent to undermine and damage American democracy.”

According to Biden, in recent years, “many values” have come under great pressure and “approached the abyss.” But the country has withstood the challenge, and today the American people, with its new political leadership, are far better armed to defend democracy in the world: “We must start with diplomacy based on America’s proudest democratic values ​​- the pursuit of freedom and opportunity, the commitment to universal rights, the rule of law, and the dignity of all human beings. Many of these values ​​have come under great pressure in recent years, moreover, they have even approached the abyss in recent weeks. The American people will come out of this situation stronger, more purposeful and better-armed to defend democracy in the world … ”

Let’s recall that in 2014, Joe Biden being a vice president, stated that he was not interested in the traditional culture of any nation and that everyone should recognize LGBT rights.

“Countries that do not protect and uphold LGBT rights should be punished for their inhumanity,” said Joe Biden at a meeting with human rights minorities around the world, which was attended by ambassadors from Britain, Sweden, Denmark and Iceland.

Tamar Kiknadze, a political scientist, talks about what the US President’s statement about the protection of democracy, human values ​​and “universal rights” in the world means and what directives Georgia should expect in the future as a US satellite country.

– Ms. Tamar, recently the newly elected President of the United States Biden, while presenting his administration’s foreign policy plan, said that the United States has returned and, most importantly, diplomacy has returned to the center of its foreign policy. He stressed that he would do everything possible to protect democracy, democratic values ​​and “universal rights” in the world. What do you think all this means, what will it look like in real politics, and how will it affect us?

“Everyone knows that the Democratic Party of America’s political strategy is focused on global issues, unlike the previous administration, which preferred to address domestic issues. Trump’s slogan was, ‘Make America Great Again.’ Trump focused on developing the real sector of the American economy, returning enterprises to the U.S., and refusing to join global organizations; He also talked about reducing the military contingent and withdrawing it from Afghanistan and Germany and reducing funding for various institutions. In addition, the Trump administration saw the role of NATO differently, had different approaches … Democrats, on the contrary – say they will further strengthen global politics and return to the usual global role for the United States. Of course, the key here is the message to the world that approaches are fundamentally changing; And the White House will focus not only on the ongoing processes in the United States, but also on what is happening in the world, whether democracy is protected and the values ​​that they believe are universal. As for these “universal rights” and priorities in particular, all of this is well reflected in this new cabinet, whose members include African Americans, women, lesbians, feminists, and so on. We see that in the governing structures of different religions, races, genders, etc. and the main focus is on the priority of minority rights …

– There are many traditional countries in the world, including the American geopolitical orbit, whose population simply does not accept the demands of modern Western “neoliberal” ideology. Do you think that the Biden administration will increase the pressure on such states?

– In general, the protection of the rights of minorities today is one of the priorities of the Western world, and the degree of democracy of a country is discussed with the data of the protection of the rights of these people. Various global and human rights organizations are also monitoring the protection of their rights … This is not new. As for the specific question of whether liberal ideological pressure on us can be strengthened under the new administration, Georgia has been declared a strategic partner of the United States. The partnership is recognized by both Democrats and Republicans. We have even officially announced a pro-Western course. As mentioned above, one of the main priorities of the West is to protect the rights of minorities. As for the pressure, I think many things will be subject to our decisions …

– Do you think that the non-fulfillment of the liberal directives from the West to some extent can cause certain cracks in the Georgian-American relations?

– To tell you the truth, I do not think it will cause cracks and create some additional difficulties for us, because, as I told you, Washington’s support for Georgia is common for the both parties and comes out from its own interests. This support exists both on the part of Republicans (they have more traditional, right-wing values, for example, Trump), and on the part of Democrats, with their own values; And in general, Georgia is an important US stronghold in the region, as evidenced by official documents, even the Charter of Strategic Cooperation. In addition, the United States has a number of strategic partners who are still not distinguished by liberal approaches, but, nevertheless, their relationship continues. For example, Saudi Arabia, which is not liberal, but on the contrary, a deeply patriarchal country …

– In presenting the foreign policy plan, Biden stressed that he was rebuilding ties to be prepared to meet the threats posed by China on the one hand and Russia on the other. It was quite an aggressive and categorical statement. Do you think it is possible that under this policy, Georgia, as Washington’s main stronghold in the South Caucasus, will once again become a hot spot for the Russian-American confrontation?

-Any similar scenario is not desirable. This concerns the security and stability of the whole region. We have already made sure of that. It is noteworthy that despite the sharp rhetoric, there are also positive shifts between the US and Russia – for example, the extension of the Strategic Arms Reduction Treaty, which failed during Donald Trump’s presidency. Hopefully, a way will be found for constructive dialogue to address other issues as well. Of course, it is also very important that the issue of Georgia is included in the dialogue and the issue of solving the territorial problem of our country is raised.

– What kind of policy can the Georgian government pursue in this situation?

– Georgia is a small country that has an important geopolitical location and we should use this location for good. We try to build a “democratic” state when there is a difficult international background and this creates additional difficulties. It is important in such conditions to wisely apply all the levers that are in our hands. The main focus is to solve our problems; First of all, this is the territorial integrity of our country. At the same time, Georgia has always had leadership positions in the Caucasus and we must regain this position, so it is necessary to focus on regional relations, including the normalization of relations with Russia, public diplomacy and dialogue with Abkhazians and Ossetians …

– You mentioned public diplomacy and its importance is often talked about in the political spectrum. Do you think that in this way it is possible to start the real process of restoring relations with the conflict regions?

– Only public diplomacy, of course, cannot solve this problem, a number of accompanying political processes are needed, but the fact that public diplomacy can solve many things is very clear. Now, how can this process take place, it is too early to talk specifically, but, in general, I think that Georgia should develop a matrix that will interest all parties involved in the conflict. It is quite a difficult process that requires serious work, however politics is the art of opportunity. One thing is clear, and we probably all agree on that – this 30-year break in the relationship between our peoples, needs to be restored. First of all, the trust must be restored, which, unfortunately, was lost due to the broken relations over the years … 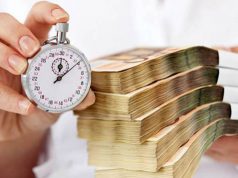 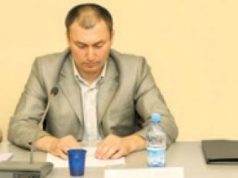 Giorgi Akhvlediani: This is not journalism, this is ordinary party zonder-activity

How the International Media Responded to the Developments around “Tbilisi Pride”