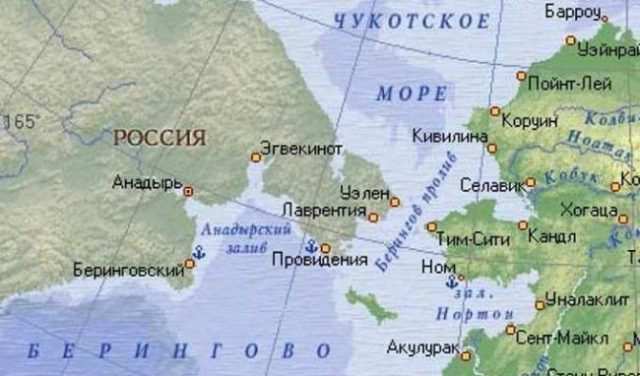 Russia is ready to give up the so-called Shevardnadze-Baker Agreement between the Soviet Union and the United States, which defined the Bering Strait maritime area.

The agreement signed in 1990 was not ratified at the parliamentary level in either the USSR or Russia. Without ratification, such documents have no binding legal force, although they may be used temporarily.

Russia considers the Shevardnadze-Baker agreement discriminatory and they believe that  78,000 sq.km of Bering Sea territory, including the continental shelf was unjustly deprived of Russia.

By establishing a 200-mile of special economic zone in the regions of Bering and Chukotka Sea between our two countries, that are contiguous to 1500 miles in length, the confinement of sea area according to international practice should be done in the middle line between the two countries, but because of Shevardnadze concessions the border was drown between the disputable areas with American orthodrom direct line, – said Boris Navrozov, the senator of Kamchatka region of the Russian Federation.

As a result, Russia has lost access to more than 500,000 tonnes of fish and crabs each year and lost access to deposit of oil and natural gas worth of billions of dollars. In addition, the temporary dividing line creates resistance to the development of the North Sea Route, in particular, now that the Russians have to ask Americans for permission to cross the Bering Strait.