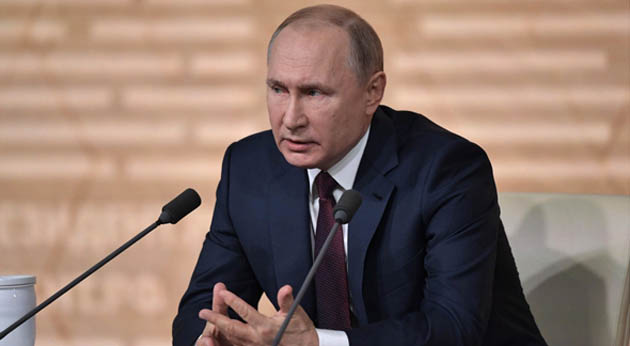 Combining the efforts of the countries of the former Soviet Union will be beneficial for everyone, despite the phobias about the past regarding the restoration of the USSR. On October 1, 2019, Russian President Vladimir Putin gave a short interview, but this statement was broadcast for the first time.

“Overcoming some phobias, overcoming fears about the revival of the Soviet empire, and understanding that the unification of efforts will be beneficial to all will inevitably pave the way for it. Realizing this advantage, and, this advantage is realized by all participants in this process, we will move forward, we will take new steps” – said the Russian President

Everywhere, where it is possible, the countries with their integration increase their own competitive abilities.  For the former soviet republics, this would be absolutely natural – Putin indicated

We have common inter-national, inter-state language for communication with each other –  This is Russian. All countries speak Russian fluently and this is a great advantage  for the integration. We have a common transport infrastructure, power energy,   communication systems left behind the disintegration, and  this is another greatest advantage for  the integration – the Russia’s  leader declared and added that  all this will contribute to increase the level of competitiveness. As to “resistance by our western colleagues, who up now did not want to speak with us on our economic, exactly on economic, not on military or political integration”, they are just afraid of competition

They do not want strengthening our competition, but we want it, because this is the way to the wellbeing of our people and, nothing is surprising here, except for we failed to go ahead in a manner we could, more effectively” – Vladimir Putin said