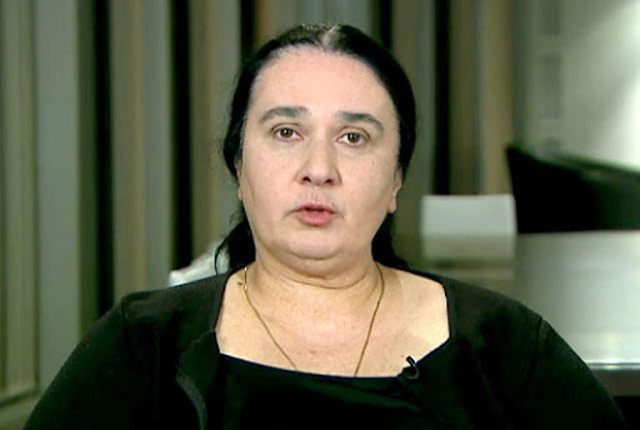 On June 11, the U.S. House of Representatives published an extensive report regarding the current worldwide geopolitical developments , titled as “Strengthening America and Countering Global Threats” where together with other important issues, a certain attention is made to Georgia. According to the report that is signed by 13 Republican congressmen, it comes out as if the Kremlin politics and influence are strengthening in Georgia due to efforts of certain pro-Russian groupings in the country. The report states also that Bidzina Ivanishvili, the richest man in Georgia, is a “close ally” of Putin and performer of his instructions and involved in destabilizing Georgia on Russia’s behalf.

As assessed by the Congressmen, Washington should use all its leverages and mechanisms for not to allow strengthening of influence of close ally oligarchs of the Russian government in any country over the world, in particular, in the former Soviet republics, that, soon or further will inevitably cause uncontrolled processes in these countries. Moreover, as they say even special sanctions might be enacted that will e a serious kick to the Russian “Disinformation Machine” and will force “The Kremlin ally oligarchs” to give up a support of Putin’s policy…

We’d like to remind you that this is not the first case when the American congressmen publish special letters or statements about the Kremlin’s influence, “Russian Propaganda” and threat of destabilization. But, notwithstanding alerts, none of such letters and statements give even one specific fact or evidence which would substantiate their position…

Is Bidzina Ivanishvili Putin’s “close ally” and in real, for what the congressmen’s assessments about strengthening of Russia’s influence in Georgia serve? – this and some other important issues are discussed below between us and n advocate and human right defender Nana Kakabadze

– Mrs. Nana, if believe to the extensive report published by American congressmen influence of Russia is day-to-day increasing in Georgia, while Ivanishvili is a “close ally” of Putin and performer of his instructions. What do you think about this Report?

– In the last period, conduct the western top officials, especially – Americans, has become strange and surprising, since all they are too far from context, they make unclear statements about Georgia. This does not fit into the diplomatic framework. Even to give up everything, by such rhetoric it becomes vague how these people (I mean congressmen) understand the ideas of democracy and freedom and what should be a sovereign state in the civilized world of the XXI century.

As to the accusations against Bidzina Ivanishvili I am sure these congressmen know perfectly well that any charge, no matter against which it is intended, must be based on specific facts and evidences But, in case of Bidzina Ivanishvili, we hear only groundless accusations. But, the fact is that since the date of coming the Georgian Dream” in the power, no step has been made for regulation of relations with Russia, no real breakthrough has been made in the dialogue between the two countries, exceprt for mitigation of the rhetoric against Kremlin officials, now nobody abuses them, as it was an ordinary practice during the period of Saakashvili’s regime . And, if it is case of “close ally” of Putin, then they have “arguments”

The government that during so many years failed to move forward and go out of Karasin-Abashidze format and I ready to release from Prison two gravest criminals as if they are “Political prisoners” as dictated by the western top officials what is a logic in blaming it for loyalty with Russia? Absolutely unclear…

– In the last days, mush was written and announced that appealing on the “Russian Propaganda” in Georgia and generally an existence of Russian influence here, is inspired by the western lobbyists of thee Nationals”. Do you think those 13 congressmen also belong to this group?

– This is directly Saakashvili’s lobbyist group that periodically becomes active and makes attacks on our government. Nothing is surprising here, but, for me, in this case unacceptable and annoying is that the government is in an ostrich pose. Instead of making a statement at the official level, responding to the allegations and demanding appropriate answers from them too, is silent. What does it mean if not switching on the green light to destructive forces? Now someone may say that these congressmen do not express an official position of America and that their statements or reports re not decisive. Yes, but the congressmen are not ordinary citizens and their words always have a certain political load. Otherwise, let any official White House representative step forward and say that their (congressmen’s) statements are not White House’s official position.

– What is the main obstacle for the government to respond adequately to such statements either from Congressmen or from EU officials? What is holding the “Georgian Dream” back?

– The first and foremost is that government officials have no responsibility to the population. Their main focus when making decisions is not on what people say, but on how they understand all this in the West. Second, the government is politically incompetent and weak, as it became clear years ago: people have been deceived by the so-called Democratic West. I mean, at first they seemed to want to restore justice, but then, as a result of Western directives, they did not keep that promise. As for the accusation that Georgia is slowly moving into the Russian orbit and is becoming an ally of the Kremlin, I said and I repeat: firstly, where are the facts that will prove all this, and secondly – who is asking who is whose partner ?! This is the declared colonialism of the 21st century, when you are virtually left with no choice but to wonder what might be in your state’s interests at the moment…

– there exists an opinion that appealing on the Russian propaganda and influence by side of the western officials, serves for creation of certain preconditions for riots in Georgia. In your opinion, is the reports of 13 congressmen also intended to create a revolutionary atmosphere in the pre-election period?!

– It is not new that there is such a desire, and it is not only the destructive forces in the Georgian political spectrum, but also their cohesive Western groups. But, this is one insuperable barrier they still fail to overcome. I mean they do not have a public support, they cannot integrate the society. If not this factor, be sure a revolution could happen until October. In general, our current political situation is a kind of nonsense in the sense that the government benefits from the forces that are constantly focused on the unrest, and if not for the “Nationals”, which is a really good threat to the society, the “Dream” would be long gone from the power. All We all know it and, it is exactly a harmful political reality that as a mater of fact, restricts us to make a choice

As to your question, I think everything is too simple.

As long as there are subjects in the country with the status of the main opposition force, whose political future, according to their own calculations, is related to revolution and unrest, we should expect destabilization and unmanageable processes. Probably all sensible people would agree with me in this.

– Do you think there is a prospect for the country to slowly get out of this situation? Do you see a prerequisite for this?

– I don’t see it at this point, but alive political process never precludes change, including profound and fundamental change. In today’s situation, Georgia has one of the most important tasks: its foreign policy must be balanced. Balanced among those big geopolitical centers, which interests are crossing here objectively. This will give us an opportunity of a correct maneuvering in the international arena and not to be a blind instrument in hands of any one such center, permanently Otherwise, we will lose all the signs of statehood, I am absolutely sure in this because this course and everything that is happening around us, I mean the rhetoric of the American congressmen impact by the EU Parliament members, etc., all is a certain regime of self-annihilation, By this the country will receive nothing but turning into an official colony during the next 5-10 years, for which nobody will stage even formally the “democratic performances” but will put openly and directly a plan of how to serve for others, interests against the own, national, strategic, and essentially critical statehood-related objectives