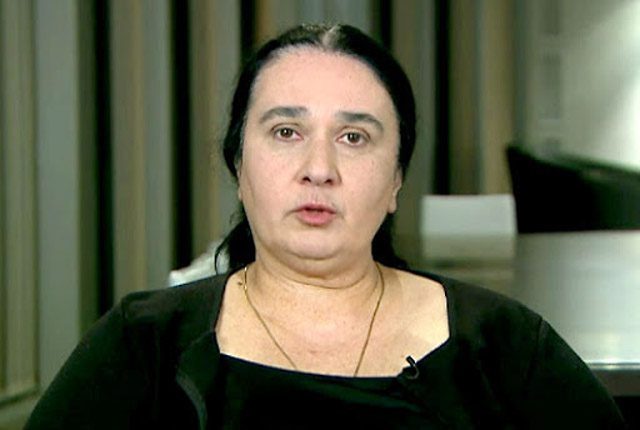 When this  country will fall on top of us, will Carl Hartzell look at us if we start searching for Kelly Degnan? Who will be responsible for the dire consequences that this system will bring very soon?

If we believe the extensive report on the state of democracy in the world published by the international organization “Freedom House”, the rate of democracy in Georgia has decreased significantly recently. According to the study, in 2021 the country will have only 36.3% out of 100% in this regard, which is 1.2% less than the previous year. Georgia is rated 3.18 on a 7-point scale, but the future outlook is pessimistic.

As for the reasons and specific circumstances that have put the future of Georgian democracy under question into question, according to the report, the reason for all this is the polarization of politics and the media. Liberal media, which today opposes the interests of the majority of the public, including unfounded criticism of the church and traditional values, turns out to be not free enough, while the so called pro-western opposition integrated around the “Nationalist Movement” that stormed the Parliament and   which despite its lack of ratings, the ruling team offers to enter into dialogue and parliament (practically begs), is a victim of political persecution … The study also emphasizes that the country is in a difficult situation in terms of freedom of religion, protection of various minorities, etc.

For note: “Freedom House” also published a critical report on Georgia in March this year, which also stressed that Georgian democracy has regressed in recent years. This report, like the last one, talked about political polarization, which mainly meant the persecution of the National Movement and its divisions, and talked about creating an even more free media environment for liberal media. . .

What is the manifestation of the regression of democracy in Georgia today, what is the main shortcoming of the political system and does the report published by the international human rights organization correspond to the situation in the country? Human rights activist Nana Kakabadze talks about these and other important issues.

– Mrs. Nana, according to an extensive report published by Freedom House, today is a regression of democracy in Georgia, which, first of all, is manifested in the polarization of media and politics. Simply put, the liberal media has not been free enough while the so-called pro-Western opposition is being persecuted. In your opinion, what circumstances show that democracy and the fundamental principles of democracy have been violated in Georgia today?

– Let’s start answering this question a little differently. Years ago, when we worked with various international human rights organizations, we provided them with specific information. For example, where the situation in penitentiary institutions was discussed, we provided updated information received from specific convicts, and not only. By the time these organizations published their findings, they were indicating what information they were relying on. This is a common practice. Therefore, I am very interested in what the Freedom House conclusions based on the state of the media or the state of democracy are based on. I have not seen the sources and specifics in this report, so naturally there are doubts that we are not dealing with a highly professionally prepared report, but with a politicized document behind which specific forces stand.

– Who do you mean? Do you think that this conclusion has the same rhetoric as some European politicians, such as members of the European People’s Party, who try to portray the so-called pro-Western opposition as victims of political persecution?

– I want to say exactly that. I do not think this report was written in Freedom House, it is more like a report written by the Nationals or the Freedom Institute.

– It turns out that the National Movement has such a great influence internationally, that can force  the Freedom House-level organization for   preparing a report appropriate to its political interests?

– Of course, they have serious lobbyists, and this is not news. If the European Union pays bail for Nika Melia and Merabishvili-Ugulava and thus declares that they are in fact the victims of political persecution, why are you surprised ?! By the way, today the fugitive wing of the National Movement, the people who fled the country after the change of government and are hiding from justice, is most actively blackmailing Georgia with these international organizations. They do their best to ensure that influential organizations such as Freedom House publish frequent reports on the decline or absence of democracy in Georgia. As for the real situation, obviously, no one can bet that there is a high level of democracy in Georgia today, it really is not, but it comes down to what we consider to be a manifestation of this. For me, for example, as a human rights activist, the direct manifestation of this is the lack of justice, i.e., the fact that the fundamental principle of the state and statehood has been violated and there is no justice. What justice are we talking about when, after the change of government, enormous  number of barrels  full of direct evidences of terrible crimes committed by Saakashvili regime were  taken out, and This regime is still not condemned, or rather, not only condemned, but even creates a political agenda; What justice are we talking about when property was confiscated from people, businesses were confiscated and to this day these cases are on the shelves. I do not say anything about murders, raids, peaceful demonstrations, I do not say anything about torture, inhuman treatment in prisons, which has become a daily occurrence . . . And, that no one has been punished for all this is the absence of democracy. As for the fact that the media in Georgia is not free enough, it is absurd and cynical, because what the so-called liberal media is doing on a daily basis, not within the scope of freedom, is a direct crime against the state. Gvaramia’s  TV is a clear example of this. It is a crime, then, what are the purposeful provocations that they permanently arrange with the Patriarchate, towards the clergy and not only. And what does it mean for them to have more freedom – to be able to run to the temples even more freely, to break down the doors of the dioceses even more boldly and run into the clergy ?!

– How do the documents similar to the report published by Freedom House affect the public mood? Do you think that this further strengthens the anti-Western sentiments of the population?

– For a long time, the public has seen that a number of international organizations, which 10-15 years ago had more of an image of democracy and implementers of democratic values ​​in the world, today have nothing to do with all this. They managed to do this with bias, unprofessionalism and, most importantly, with a double standard, which manifests itself in the fact that they have other approaches to the ideological side or agenda that is unacceptable to them and towards the wing that is acceptable to them (I mean liberal forces). The result is that anti-liberal movements in the world today are growing exponentially. The main source of anti-liberal movements today is liberalism itself. As for Georgia, in our case, they have already “achieved” the fact that the society has been forced to accept Western and Western democracies, which are equated with the most vicious, marginal notions, that is why there is so much skepticism towards the Western course today; So, if you choose to be a little wiser, the Council of Europe, the US Embassy should call on international organizations not to publish lies sewn with such a white thread.

– Do you hope that they will reconsider these approaches?

– If they do not reconsider, they will easily lose Georgia, although they have already lost their authority in the eyes of the society. Moreover, if a referendum were held today to find out who trusts what political orientation, I am sure the vast majority of the population will express complete distrust of the West. This is what “Freedom House” did with the “National Movement” and if anyone thinks that the “National Movement” encouraged by these international organizations will disappear from the political space in the near future, they are very mistaken. This is a party whose leaders unite criminals and criminals generally unite people the most. This one, and the other – after all – they are afraid to leave politics, because politics is the only guarantee of their safety, so they fight to the last drop of blood and so on. By the way, with the current and already implemented electoral changes, this government has directly handed over the levers of power to the Nationals. . .

– Clearly, no one believes that a government formed by proportional elections will last more than a few months. Of course, they will eat each other and the government will fall apart, followed by re-elections. That is the reality and the country must be permanently in an election mode. Nobody cares if the state can endure this. All this is designed to destroy the country. By the way, when Freedom House writes about media freedom, no media outlet today talks about this harmful electoral system. Why, do you know? Because it is not in the interest of their lobbyists.

Well, I’m very interesting, when this  country will fall on top of us, will Carl Hartzell look at us if we start searching for Kelly Degnan? Who will be responsible for the dire consequences that this system will bring very soon?