On 15 May, pardoning by the President of Georgia Salome, of  two persons accused in committing the hardest crimes – Gigi Ugulava who has stolen from the budget of 48 million, and Irakli Okruashvili, organizer of a group violence for coup,  which was a result of  actually pressure of the  “democratic” West on “Dream” caused a doubled increase o  aggression of the major part of the society towards the “ puppet”  political spectrum governed by outside

A spark of resentment and mistrust, the lack of which was not there before, can be said to have approached its peak. Moreover,  the government’s political capitulation announced  under the dictate of the so-called western democratic politicians, has finally convinced the population that the degree of sovereignty of Georgia as a state is zero at the international level; It has been proven that democratic processes cannot bring about change in the country; Neither justice will be restored nor political stability will be achieved, but against the background of all this, the main issue – the formation of a real alternative in the form of a so called third force was again shown with all its intensity.

Recall: On May 15, the President’s pardon of Ugulava and Okruashvili was preceded by statements by MEPs who threatened the Georgian government with sanctions if the “political prisoners” were not released.  The statement of Andrew Cublius, former Prime Minister of Lithuania and currently a member of the European Parliament, was particularly harsh and categorical, who said that If “Dream” does not justify the trust of the European Union, which, first of all means  the release of “political prisoners”, the country will not be able to receive financial assistance …

What does the act of pardon issued by the President against the interests of the country for Georgia mean today and the release of two criminals – Ugulava and Okruashvili – as a result of the country’s foreign influence? Human Rights Defender Nana Kakabadze talks to Georgia and the World.

– Mrs. Nana, the government has not been able to withstand the pressure of the “democratic” West and, in fact, has declared political capitulation. Gigi Ugulava and Irakli Okruashvili, accused of the most serious crimes, are free, the opposition is celebrating the victory. What reality has been created for us by all this?

–  This fact in itself is a much bigger and more serious problem than just the release of two offenders from prison. The tragedy is that there has been an unprecedented case in the history of independent Georgia, when we were told directly, without any diplomatic embellishment, that we were not formally independent. In fact, we were struck by the paperwork on which our so-called independence was recognized after the collapse of the Soviet Union, and in recent years we have been deceiving ourselves into believing that we are a sovereign state.

As for the President’s statement that it was in the interests of the country that she signed the pardon of the perpetrators, I watched and we were confronted with the victim of degrading treatment, which represented the slavery of the country. It was a demonstration of colonialism declared at the highest political level, the like of which is probably unimaginable to be repeated. I repeat: Georgia has never seen such an insult and shame since the seventeenth century, when the cruelty and arrogance of the Kizilbashis led to the Bakhtrioni uprising. In what other way can we be insulted more than that? I do not know. The reality is that Georgia is a conquered country, a colony, and everything that happens in politics today is a result of this. But,  I believe that we still have people who have the power to raise a voice for  this shame.

– What do you mean in raising voice,  what can be done in response to all this?

– If we want to get out of this slavish situation, we must plan a strategy for action in the near future, and among them, we will demand an answer to the so-called Partners who have shaken our independence. These are people who dared to tell us that they  are not interested in the opinion of the Georgian people, they are not interested in our order and law, the main thing is the inviolability of their agents. I said, and I will say it again, we cannot call such people, such forces, and alliances of forces our friends; We cannot call them partners and allies, for them Georgia, as a state, begins and ends with a handful of criminals ruled by them. Imagine,  a man stole 48 million and they are trading with us: release him and we will allocate for you 500 million  aid. The freedom of the state criminal who stole 48 million was bought by them for 500 million. However, the fact that this is not actually help but a debt to our future generations is another matter. Now let us say what can be done specifically against the colonialism that the West no longer considers democracy even formally. First and foremost: a large-scale revelation must be made of the forces that trample on all democratic values in the name of democracy. It should be said directly everywhere, from all the high tribunes, wherever it is possible that in their hands we have not even shared freedom, we have completely lost the mark of statehood. However, for this, only our  national resources will  be insufficient, so o the involvement of neighboring states is needed.    We must tell neighboring Azerbaijan, Armenia and others that we are already faced with the reality of the loss of formal independence, and if we do not oppose this today, they will face the same problem tomorrow.

– What do you think, what will it bring?

– At the very least, the campaign will be more powerful and large-scale. I think that in the current situation we should avoid the strategy of senseless ideological-political compromises as if in the interests of the state. Compromises and splashing water in your mouth can make sense when you take more important precautions, but if you lose everything and they shamefully throw the country over your head, it’s unnecessary to talk about compromise. I think so, and probably all sensible people will agree that we have nothing to lose today. We are directly condemned to slavery and we are told that we are not a state. There is nothing worse than that.

– You said at the beginning that on May 15, there was a victim of violence on the podium, a frightened and humiliated president who represented the slave state of the country. So let’s take a look at all of this – what leverage does the West have over the government today?

– First: these are the financial obligations that the country took over during the previous government; Second: the so-called assistance, which is largely based on the economic policy of the ruling team, but the main one, of course, is the legitimacy of the power that all the victorious forces in the elections receive from the West. The government, due to its political situation, is a hostage of the West and knows that without its support it will not be able to achieve minimal success in any direction, neither in the political nor in the economic sphere. By the way, all this and especially the recent concerns of some Western high-ranking officials, which are the so-called related to Russian influences, it is clear that we still need them as a bargaining chip against the Kremlin. I do not rule out that tensions will escalate again and a sharp confrontation between Russia and Georgia will resume. In any case, it is a fact that they do not ask Georgia anything and, if necessary, I am sure they will force us to start a war …

–  What forms and means of protest can people take against the colonialism that the West is already openly implementing?

– This should be the subject of broad consensus. The society must agree on what strategy of struggle we are choosing for independence, but one thing is clear from the outset: waiting for what Bidzina Ivanishvili is doing is nonsense. Ivanishvili can’t do anything because he has exhausted his resources by  running away Saakashvili. That is all, , they can’t do anything more. Now we need a new stage of resistance to maintain the state at some level and make everyone understand that we are not a colony …

– Is it possible to end this colonialism through elections?

– I think it is possible to stop through the elections the terrible wave that is coming to Georgia and which aims to turn us into a cannon-fodder against Russia. I will repeat: we have our political aims  with Russia and we do not need anyone to dictate them. All the more so for the people and forces for whom the importance of our country is determined by the inviolability of their  handful of criminals.

As for the changes, if the time ever comes and I want to believe that it will come when the Georgian people can actually make a choice, any government should know in advance: As soon as the signs of slavery and flattering policies introduced and established by the previous government against any vector appear in its action, its  rule will end there.  This, in my opinion, will be the most correct and useful political practice that will protect us from slavery. Otherwise, the “democratic” West, declared as our friend and partner, will usually continue its colonial rule over our country. 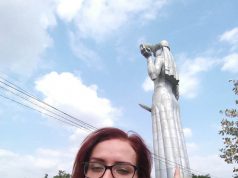 Is not it embarrassing to face a 28-year-old political teenager, who tells you how to behave? 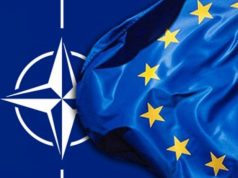 Shall we follow the chimera of the EU and NATO or face the reality? 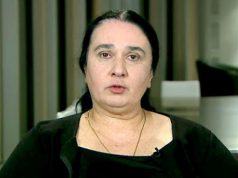 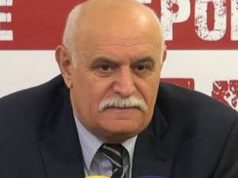 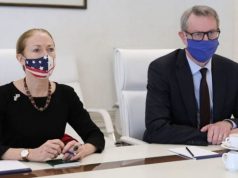 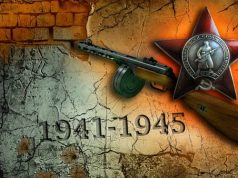 Is not it embarrassing to face a 28-year-old political teenager, who...

Shall we follow the chimera of the EU and NATO or...

Nana Kakabadze: I do not think that this report was compiled...

Guram Nikolaishvili: We do not have the luxury of retiring generals,...

It is not up to the members of the European Parliament,...