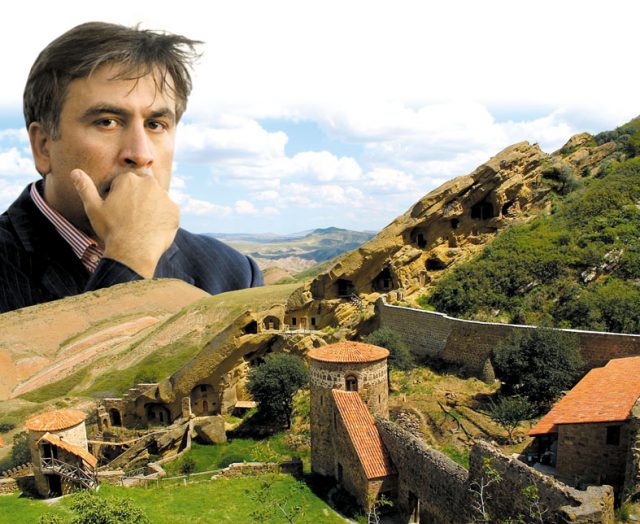 After the Ministry of Foreign Affairs of Georgia issued a statement on Davit Gareja and informed the public through the head of the ministry that the new cartographic materials may substantially change the situation, the agitation around the issue, both in the political spectrum and in the media, continues. The mutual accusations of the representatives of the previous and the current government make the situation even more tense. It seems that this topic will be the subject of wide discussion for a long time, especially since the Chief Prosecutor’s Office has started to study the activities of the previous Commission for delineating the state border and arrested two former members of this commission. What materials can the prosecutor’s office have and is it expected that the investigation will also reveal the issue of responsibility of other persons in the process? We are talking to human rights activist Nana Kakabadze.

– Mrs. Nana, the arrest of two former members of the State Border Delineating Special Commission by the Chief Prosecutor’s Office of Georgia, Iveri Melashvili and Natalia Ilychova, has caused a stir in the political spectrum. Opponents accuse the government of political persecution and repression. After all, the public is in a kind of information vacuum – no one knows in what direction the investigation is actually conducted and specifically what materials the law enforcement agencies have. What can all this lead to in the end? Do you think that the responsibility of other persons can be revealed during the investigation?

It is a very difficult and dangerous topic from the point of view that, first of all, it concerns the state border to be determined; And second,  we talk about the legal process. I mean, as the prosecution says, the issue of responsibility of specific people is being raised, which, if we are talking about an objective investigation and legal proceedings, should be brought to an end. As for the case and the allegations, it is clear that the fact that the judiciary responds to the crime and acts accordingly is welcome, but there are some questions that, I think, also show some suspicion and distrust in the process. What do I mean?

Let’s start with the fact that the establishment of the state border, including with neighboring Azerbaijan, has been going on since 2007-2008. There was an active process and meetings. The question arises: eight years have passed since the change of government and why did it take so long for the judiciary to investigate the violations in this case? You understand, I am not saying that someone was unjustly caught, that the government is carrying out political repressions, etc., but why this case has not been investigated so far and why the perpetrators have not been arrested ?!

This one. Now the second – the two persons charged by the state with the most serious crime – are engaged in the first part of Article 308, which provides for the transfer of the entire territory of the country or part of it to a foreign state. This is a wrong qualification in itself and I think it is a mistake, because they did not even transfer the territory, they prepared for the transfer. Did the commission have the authority to transfer it? !! That is, there are absolutely different articles, but preparing a crime is no less a serious article than the crime itself.

– Let’s talk about this topic more specifically. Does the fact that the detainees were wrongly accused and in fact they are the perpetrators of the crime mean the involvement of other persons in this case (I mean the officials of the previous government)?

– This is already a case of investigation, and the investigation is obliged to identify all the culprits who were involved in the crime in any way. As for the detainees, I have said and will repeat: it is welcome that an investigation has been launched into such an important case, but if we are talking about a legal process, then everything must be done in accordance with the law. No crime can be committed entirely on people who could only be performers. This is a stick to the lower echelon, because it is impossible for the commission to define everything in such a way that the current political leadership was not aware of the case. I repeat, the case against the former members of the Commission of Inquiry should have been initiated under an article which implies the preparation of a crime, and this, of course, is a severe article, but in this case the legal qualification would be accurate. . . As for those who ordered this crime, first of all, they should have been prosecuted under the article, which implies an attempt to commit a crime.

– In your opinion, what prevented the investigative bodies from answering (as you mentioned) to the real perpetrators of the crime in the first place and not only launching legal proceedings against the lower echelons?

– What prevented them from fulfilling their main pre-election promise and restoring justice after coming to power ?! What prevented them from declaring Saakashvili’s bloody regime the main opposition, but prosecuting them for the most heinous crimes and punishing them according to the law ?! I want to say that the government, which has not yet come out and probably will not come out   of the so-called  charm of cohabitation, uses all this for a certain populism. In fact, the goal is not to investigate the crime and punish the perpetrators, but to score certain points. As you know, now is the election and they  need PR like air. If the authorities really wanted to investigate this case, they would first arrest the perpetrators of the crime. The head of the crime in this case is the first person at the moment, so if we are talking about a real investigation, a criminal case should be launched against Saakashvili. This will be a legally correct and fair approach, but the government, which in its time committed unbelievable dishonesty in the name of cohabitation and is still in this cohabitation with criminals, of course, does not do it …

– Let’s say that the arrest of two former members of the state border delineating commission by the government is really part of the pre-election PR, what do you think it gives to the ruling team? Can this increase its rating? And again – new cartographic materials, which are still unknown to the general public, what news can be added to the ongoing negotiations between Georgia and Azerbaijan?

– This government is characterized by the creation of certain illusions. There have been several attempts before to create imaginations as if justice had been restored. Remember the arrest of Irakli Okruashvili or the arrest of Gigi Ugulava, who were soon released. However, I think society still sees white and full. In any case, the fact that the perpetrator is arrested for a particular crime and the client is not talked about at all makes everyone doubt it; Everyone begs the question: how can someone Melashvili and Ilychova be guilty of handing over territories to a foreign state and not be guilty of Saakashvili, not be guilty of the current Security Council? . . . As for the new cartographic material and the ongoing negotiations, I do not think that the political leadership of Azerbaijan thinks that the current government of Georgia, unlike before, will break the law and bypass the law will go to some treacherous deal. I think official Baku is ready to implement the agreement between the two countries, which was signed in 1996-1997. We are talking about an agreement reached on the basis of the 1938 map, but it should also be taken into account that today Azerbaijan is at war with neighboring Armenia and has practically no room for this issue. Let’s see the rest when peace is established in the region, if such a thing happens in the near future, which may substantially change the dynamics of the negotiations.

– By the way, the Nationalists and the Euro-Nationalists have been actively trying to convince the public that the new cartographic material found by the authorities is a provocation from Russia with the rise of tensions between Georgia and Azerbaijan. What do you think about all this?

– It is difficult, of course, to talk about it for sure, but it is enough to look at who this propaganda comes from and everything is already clear. This is what the Bokeria, Ugulava, Okruashvili, Vashadze  and others like them  are saying – people who, first of all, should be imprisoned themselves as traitors who alienate the land and only after that a case can be launched against those two people.

As for the specific assessments of the provocation from Russia, I would like to tell the public that both the government and its so-called  pro-western opposition also, unfortunately for us, is playing one political theatrical performance:  one creates the illusion that justice is being restored, and the other is that another wave of political repression has begun. In fact neither happens nor the other. They only retain power. . . This is our sad reality and fact, which has not changed yet and, it seems, will not change for a long time, because there is neither the will to do it in the country today, nor the real possibility. . .