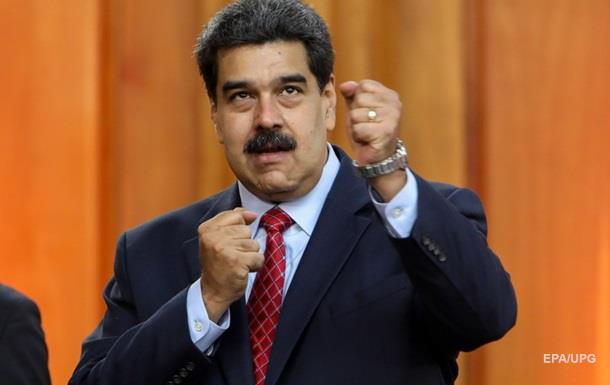 At a time when the world is struggling with coronavirus, the White House administration has resumed its attack on Venezuela. The target is the current  president c of the Bolivarian Republic – Nicolas Maduro.

U.S. Attorney General William Barr has accused Maduro and several other leaders of the country of links to drug terrorism. In addition to Maduro, the bar list includes Diosdado Cabello, chairman of the National Constituent Assembly, Hugo Carvajal, a former military intelligence chief nicknamed “Chicken,” and retired General Clever Alcala Cordones. In addition to these “terrorist terrorists”, the United States has charged two other leaders of the country with Supreme Court Justice Michael Moreno on suspicion of money laundering and Defense Minister Vladimir Padrino Lopez on drug trafficking.

According to William Barry, the charges against Maduro and others stem from their relationship with an extremely dangerous terrorist organization known as the “Revolutionary Armed Forces of Colombia”, as well as attempts to smuggle a lot of cocaine into the United States. The term of imprisonment for committing such a crime starts from 10 years  and ends with life imprisonment.

The US government has even set a reward of $ 15 million for the president of Venezuela. Maduro’s former and current accomplices were rated less than 10-10 million for Cabello, Carvajal, Alcalas and Vice President Tarek Al Aisami. Thus, the United States intends to buy the leading figures of the Venezuelan government for 55 million dollars.

Notably, the U.S. has long accused the Venezuelan government of drug trafficking, and  there is nothing new in Washington’s policy toward Caracas except for the fact that the Americans have significantly raised their stakes when the charges were brought against Maduro. By the logic of the U.S. Attorney General, the U.S. should do everything it can to detain the legitimate president of Venezuela and bring him to justice in the United States.

Maduro himself denied all US allegations and made a “tricky move”  the Venezuelan prosecutor’s office has launched an investigation against the US-backed Juan Guaido, who has declared himself president. Guido is accused of plotting a coup. It is gratifying that one of the figures in this case is General Alcala, whom the Americans are searching looking for. The retired general led the regional command of the Venezuelan Armed Forces, but in 2016 fled to Colombia, where he became an opponent of the regime. According to the Chavists, Alcala was training mercenaries in Colombia to defeat Maduro. Alkala said in an interview with Latin American media that he was really preparing the troops to overthrow Maduro and it was unclear why the United States wanted to arrest him.

The United States has decided to escalate the situation in Venezuela as much as possible, and it seems that Maduro will not back down.