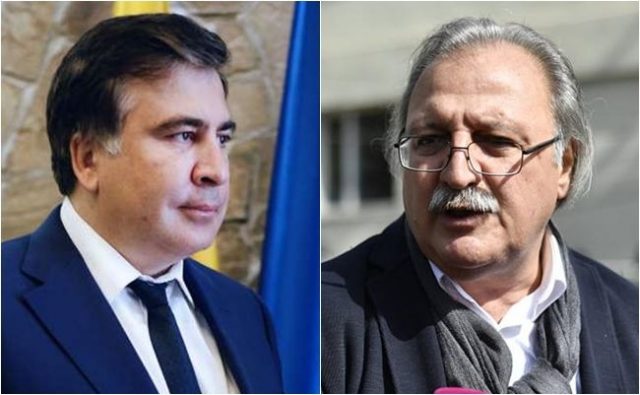 if the Georgian political spectrum fails to realize a deepness of the existing dangers and a way the country is running to, and rejects the demands of a majority of society, advices by  the  NGOs and international partners through their diplomatic missions, on holding negotiations, i.e. provision of necessary changes via a peaceful development of the democratic processes,  we will lose the chance of further democratic development of Georgia. Therefore, I apply to all political parties: Shift  immediately  the process of negotiations at the table, and replace street by all level tribunes of legislative bodies and make all our best for releasing the country from this deep crisis. For this, I think it necessary to bring the recount process of disputed election districts to the end with the involvement of our  strategic partners, by rightful  victory of  the opposition and, gain majority in the parliament” –  the statement says.

Later on the statement by the Nationals leader Mikheil Saakashvili was spread as well:

“I completely agree with the uncompromising struggle until victory!“ – this is how the former President of Georgia Mikheil Saakashvili responded to the statement of the Chairman of the National Movement Grigol Vashadze.