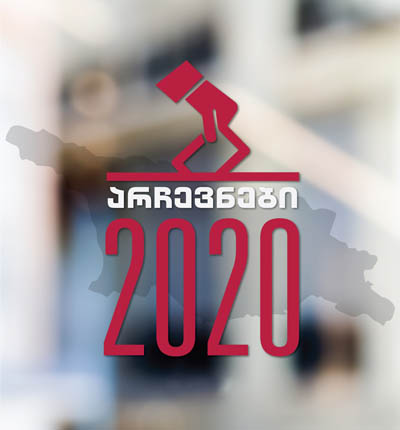 More than three thousand polling stations will be opened in Georgia on October 31. Under the current zero threshold, even four votes per station is enough to get into the legislature – if any party gets at least four votes in each station , it will withdraw one man in parliament. Nevertheless, the parties unite in blocs, coalitions, make plans, devote free airtime, and all this only because most of the parties do not hope to get the much-needed 4 votes at the polling station.

The number of voters in the highland villages is not large, but in most of the precincts 1400-1500 voters are registered, e.g. I., not even one percent of the vote is required to enter parliament. According to simple calculations, even if the party gets 0.66 percent, it will include one man in the parliament. Most importantly, it then becomes a qualified subject and for the next four years. . . It receives funding from the state to run regional offices, but which offices and supporters are you talking about when you do not even expect 4 out of 1400 people to show up at the polling station to support you, and so you are forced to unite with someone else?

Such an  union also has its reasons: every party in each precinct will have one representative; In case of unification of the two, these are two guaranteed votes, add to this the votes of two confused voters in Kiev and one man in the parliament. Then the money that the state will give them from our taxes for 4 years will be split up and gone for 4 years at the expense of the people. Do not think that we are talking about small amounts, mostly the amount exceeds one million GEL.

Instead, the statements of the United States and the West in this direction are such that out of surprise, you may drop your jaw. They welcome the fact that many parties will enter the Parliament of Georgia and there will be political diversity (taking into account the Georgian reality – Bardak and disorder). However, there are only two accountable parties in the United States, one in the world’s fastest growing economy, China, with a population of 1.4 billion – one in communist, two or three parties in leading European countries – and it turns out that if ten or more parties enter parliament, it is good. If this is good, why don’t they have a multi-party parliament? Why do they not have a zero threshold? Why not invite everyone to the highest legislature? The answer is simple – it saves money, the voters and their own nerves, and most importantly, it is easier to manage. Like one-party program – the voter – votes, does not like – the opponent’s vote. And, as they say now, full stop!

Did you hear that any party in America has an election number? Or do you think the ear of any party in the West is above 40 or 50? It’s ridiculous that it does not belong to the voters there, it does not happen there and it does not happen because not everyone is involved in politics; Nobody   says that the country should be trusted and he or she  will definitely justify it. There is no politics in the West as a money-cutting machine and no inheritance of party presidency is passed from father to son. One experiment was also conducted by America: after Father Bush, the son Bush came to the power of the country, which is still regretted there. And here, fathers who, for 30 years, have been spinning like a hawk  around the parliament and waiting for the moment, successfully sat on the runway, now go out on the arena with their children and make people understand their faces and names (surnames are already remembered).

There was a coup attempt in Kyrgyzstan a few days ago. Dissatisfied with the election results, the population took to the streets and the government barely overtook them. What is interesting for us is that our opposition was delighted with this coup –  , if the government falsifies the results, we will do the same, but not a single opposition leader has been deceived that in Kyrgyzstan, which we are developing (at least, so we are told), 7% An election threshold is imposed. Now strain your mind and list the parties that will be able to overcome the 7% threshold independently in Georgia. The fingers of one hand are quite sufficient for this. There are actually 4-5 parties in Georgia that have an electorate, and the rest are just pests. Yes, there are pests, because when you do not expect to get 4 votes in a 1,500-strong precinct and therefore unite with someone else, you have to think about what you want in politics. Maybe many people did not like Koba Davitashvili or vice versa – but the man said: if I can not overcome the 3% mark in the elections, I will consider that I have no place in politics and I will go. Unable to overcome, he got up and walked away. Davit Gamkrelidze did the same. Maybe you, too, will be a man, a woman, and after this election, just say that you have no place in politics and go. We can list them, but we doubt  we may miss someone  in so many parties and they will be disappointed  by this. Do not be surprised, and the “Kobuleti Future Fund”, the “Kaspi Future Fund”, the “Union for Restoration of Justice, the Voice of the Nation – Our Lord is Our Truth”, the “National Party of Radical Democrats of Georgia”,  and others are registered as political parties. It is not difficult to understand that they do not have a chance to get into the parliament, but if they combine ten and twenty, maybe they will have one parliamentarian, and. . . All of them receive the status and funding of a qualified entity

The solution is one – it is necessary to increase the electoral threshold, it is necessary to oblige the party to participate in the elections not to sign a few hundred supporters, but to make this number solid and closer to reality. It will not turn out differently, because there will be a constant temptation that politics is the best business, do nothing and make money. As one said, I have to earn a million, that’s the head of everything, and that one will definitely get into this parliament, put in such a place by a particular party.

However, one thing is for sure, the West will not allow the election threshold to be raised and do you know why? In that case, the pro-liberal parties would simply cease to exist. Not only will they not be able to get into parliament, they will not be able to get close to parliament with the support they have. Liberalism, on the other hand, has huge backs in the West, and it is those backs that will not allow them to decline. To put it bluntly: if the Republican Party goes to the polls independently, it will not get 0.66% and will be left without the status of a qualified entity. This means that Republicans still have to fund America, and why bother when one of the party members can easily be put on the other opposition party’s exit list and the status of a qualified entity will be guaranteed plus state funding.

I can’t say whether this parliament will try to change anything in this direction, but the question must still be asked: if there is a high electoral threshold in Europe and there are only a handful of parties, why do we have a zero threshold and hundreds of parties? Moreover, in a country of 3 million, where, if the voters are distributed proportionally, one stadium may be quite enough  to gather people for one party, but, the fact is that   Georgian politicians forbidden to ask such questions to strategic partners ! They must demonstrate only a  wordless obedience and patience with each other. No matter that  boxing is a common story in the parliament because of this political divisiveness and uncertainty. When you can not feed hunger  population, you should not miss the show and there was no parliament that would have ended without a fight.  This parliament will not be like that either, so do not be surprised by the number of athletes in the party lists. A trained man will still have a different fist.

P.S. Considering    the current political and economic situation in the country and the election campaign, Georgians have to think about reducing the number of MPs in parliament and their salaries. The fewer MPs there will be in Parliament, the less leaches the budget will have. There are 3.7 million people living in Georgia, and there are 150 deputies in the parliament. By simple calculation, it turns out that for every 24,666 people in our country, there are 1 MP. This is, for example, 6 times less than in Italy.