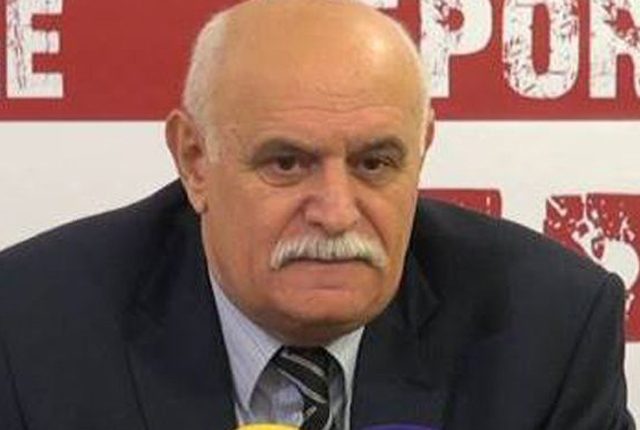 Speaking at the Ministerial Hour in Parliament a few days ago, Georgian Defense Minister Juansher Burchuladze spoke about the importance of effective support from international partners for the development of the Defense Forces and said that today, as never before, Georgia is ready for full integration into Euro-Atlantic structures. According to him, despite the existing challenges, the country is still based on the principle of “more NATO in Georgia and more Georgia in NATO”, which once again demonstrates its commitment to the course taken.

For reference: Georgia, for more than 10 years, has faithfully adhered to NATO requirements and spends about 2 percent of its GDP on arms upgrades. These funds are mainly used to purchase weapons “written off” by NATO, and some of them (for example, “Javelins”) are again used in international security missions organized by NATO.

What is the current state of Georgia’s defense system, which, if we believe the Minister, is constantly undergoing modernization and transformation, and whether the country has “all the necessary practical mechanisms for Alliance membership” – Lieutenant General Guram Nikolaishvili talks about these and other important issues.

– Mr. Guram, Minister of Defense of Georgia Juansher Burchuladze said in his speech in the Parliament that the country has all the necessary practical mechanisms for NATO integration. He underlined the deepening of cooperation and joint exercises with the Alliance, which, it turns out, is a proof that we will definitely join the military bloc. As a military man, what do you think about this assessment and the speech of the Minister in general?

– As you know, Burchuladze became the Minister of Defense after Irakli Garibashvili became the Prime Minister. Prior to that, he was his deputy and in charge of finances. He is not really a bad person, he is quite educated and in the past he did a lot with Garibashvili to solve the social problems of the soldiers. By the way, he is the father of eight children. As for his speech in the legislative body, the Minister of Defense should not be held accountable in Parliament, because there is talk of defense, armaments, defense capabilities, strategy, peacekeeping operations, etc., for which he is not directly responsible; The head of the General Staff is directly responsible for this, so he should deliver a speech ….

– What would you say about the messages to NATO, does Georgia today have “all the necessary practical mechanisms” for membership in the Alliance, as the Minister said?

– I do not know exactly what Mr. Burchuladze meant, but if he meant that Georgia carefully fulfills all the requirements of the Alliance leadership, including those that may not be in line with our national interests, it really is. Nevertheless, Georgia is not even considered a potential member of NATO, and this shows our complete lack of perspective in this direction. By the way, for the last 20-25 years there has been no training within the Partnership for Peace program in which Georgia has not participated … In short, the reality is this: no matter how strictly we meet the requirements of the North Atlantic Alliance, we can not and will not become its Member; These new demands are just an imitation and a delay in order for the alliance’s slogan “NATO door is open” to be at least formally justified.

-However, when Biden became President of the United States, there was an expectation that Washington would take more effective steps towards Georgia’s integration into NATO …

– Expectations are different, but let’s look at the reality: today America has serious economic problems, unemployment, inflation rate has risen,… By the way, data were published recently, according to which consumer prices increased by 4.2% compared to the previous year, and inflation climbed to 2.6-2.7%. Naturally, the question arises – in a country that faces so many challenges and has a dangerous situation in the domestic political arena, is there room to raise the issue of Georgia’s integration into the alliance and thus further complicate relations with Russia?

-what do you think?

– I know that Russia, along with China, is a growing power that has already created a hyper-weapon. In general, Russia has already upgraded 70% of its armaments, and the United States has not made any significant modernization in this regard in recent years. As for our armed forces, it is good that the Minister is talking about upgrading the aviation fleet, but today we have only three vehicles of the Georgian air defense system, which, if anything happens, will be able to protect only one percent of the capital city. This is a direction that should be taken seriously, but it seems that our current Ministry of Defense does not consider it a top priority …

-Why? By the way, Burchuladze also emphasized that Georgia is faithful to the financial request of the Alliance, which means spending more than 20% of the defense budget on the purchase of weapons …

-NATO’s financial demand serves a single purpose -to enable the United States to sell as many weapons as possible, and thus the US military-industrial complex, which is funded by investment funds, with government guarantees, to maintain a global monopoly on arms production. As for the demands on us, in the framework of cooperation with NATO we have already acquired “Javelins”, some of which we used in their peacekeeping missions, we have acquired “Stingers”, radio equipment and now we are buying “M4s” that we do not need at all; We do not need it because we already have the weapon with the same function. By the way, this is exactly how Germany was forced in its time to purchase American weapons, which had no less high-quality machine guns of their own production, but they still found some flaw with it.

– some of the Soviet weapons were removed from use in our country, were not they?

— As soon as Saakashvili came to power, he started the complete destruction of Soviet weapons. They destroyed 600 units of air defense system and 280 of them were 100-millimeter anti-aircraft guns. Su-24 defense and fighter jets were also written down, saying we do not need aviation. Hundreds of military personnel, including generals, were fired for no apparent reason. Why, do you know? Because it was NATO’s demand that we should not keep Soviet-educated people in the armed forces. Here is a continuation of what is happening today. By the way, the American military-industrial complex always has a few retired authoritative generals who are their consultants, and they often travel to satellite countries to convince the authorities of the need to purchase American equipment. One of such generals is Ben Hodges, who once told us that if you buy “Javelins”, you will annoy the Russians, he has already made us fight with Russia. And we actually purchased “Javelins”. Then there was excitement, shouting that we were saved, probably you remember it…

— What is needed in order to really strengthen the country’s defense and not to constantly depend on external dictation for the purchase or non-purchase of the same weapons?

– First and foremost: Georgia must once and for all renounce any military bloc that will always be in the interests of this or that geopolitical vector. I see a solution in this, and the record that says that Georgia’s strategic goal is to aspire to NATO must be removed from the Constitution.

If NATO disintegrates tomorrow, what are we doing, we have to change the constitution ?! As for the armed forces, we do not have the luxury of retiring generals and make them go home, while handing over defense to bankers, financiers, businessmen, and so on. It is not admissible for the Parliamentary Committee on Defense and Security to be constantly chaired by individuals who have no idea about the defense system at all. By the way, not so long ago Irakli Sesiashvili was appointed as an advisor to the Prime Minister, He, in my opinion, is a bit unsuitable for this position. I have no objections against him personally, but it seems a little difficult to imagine how a person who, I think, has not even been in the army, can be an adviser to the head of government on defense issues. These are the shortcomings that, among other important issues, need to be thoroughly reviewed, however, we all understand that this requires a systemic change that will first be implemented at the political level and will create the opportunity for the state policy-making forces to come to the power.