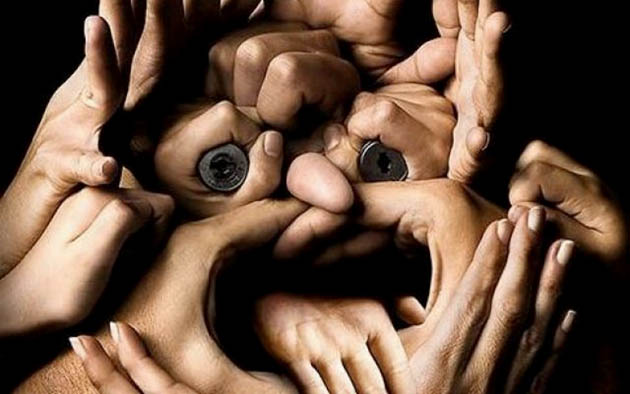 The 2020 parliamentary elections are over. No matter what happens now, we will not have elections this year, because even if the government agrees to hold early elections, it will simply not be able to attend in time. The only unfortunate thing is that 2020 will end in a month, and next year, whether extraordinary or not, but local self-government elections will be held necessarily, and this time we will elect not 155 deputies, but 73 mayors and about 2500 members of city councils.  This will tale place next year, but  now, let’s mourn what we have.

We have to mourn these elections for several reasons: The elections cost the state budget about 50 million GEL. At least one so many, all parties have taken together and only because 150 people are guaranteed a job for the next 4 years, plus , these 150 people to have their relatives employed.

A little funny situation was created before the second round. Funny because the opposition refused to participate in it, boycotted itby reason that they will not participate in the  rigged elections. Nevertheless, the government announced a full mobilization of administrative resources and activists, fearing that the opposition would  act silently and that their voters would  attend the boycotted elections in an organized manner. But, the fear of the government turned out to be unfounded and the election ended like a fairy tale, but. . . The opposition won more than 50,000 votes in the second round, and the leaders of the “Dream” realized that it was too much. Therefore, Irakli Kobakhidze came out and said what should not be said as a rule. The ruling party’s executive secretary said the opposition had mobilized its  activists  but failed to get more than 50,000 votes. Kobakhidze said all this in a solemn voice, but he did not say that only the “National Movement” withdrew 36 men in the parliament in the first round and . . . received  more than half a million votes. Yes, in these 8 years the “Dream” managed to get the “National Movement” supported by more than half a million people. The issue of the legitimacy of the majoritarians in the second round is generally in question and now I will tell you why. Although the government tried its best to bring the voters to the ballot box, the turnout did not exceed 26%. To put it simply, if there were 100 voters in the constituency, the majoritarian  was elected by 26 persons. And, why is a  MP elected by 26 people legitimate and why no one cares what the other 74 persons think?! But, according to the law and, most importantly, the constitution (according to the constitution, which we often change by instructions of the US ambassador), these 17 majoritarians will be exactly the same full-fledged MPs as those elected in the first round.

The most unfortunate thing is that the government behaves inadequately, the opposition – even more inadequately, and there is political nihilism among ordinary people. Roughly speaking, public officials and their families came to the polls from the ruling party, and those people from the opposition, whose ideas cannot be changed by anyone and anything. They are like a  sect and if give them a right, they will  announce Mikheil Saakashvili a saint. These people will not go anywhere in 2024, they will not disappear, on the contrary – they will multiply more and this will happen because the government is behaving inadequately

Supporters of the ruling team have made a fuss – Giorgi Gakharia,  promised the Nationals to finish them and  he did it! What did he do, gentlemen?! In the parliament of the previous convocation, there were 7 members of the National Movement and five times more are  in the new parliament – 36, and what comes out? Is the ruling power lying to itself or is it deceiving its own voters?

Georgian political life has turned into a theater of  absurd. The leaders of the half-percent holder  parties are calling for a re-run of the elections and are shouting at the last voice that the elections were rigged. However, they know best that nothing has been falsified, and if it has been falsified, their voices have not really been attributed to anyone. But, they have no other way but shout, otherwise they will not be able to justify themselves with the small number of voters who still support them, and they are well aware that in 2024, with a fully proportional system and a 5% threshold, they will have no chance to  pass the parliament, even to “walk near it”

We mentioned the theater, and. . . Theater without spectators  is Georgian politics. It can be  said for sure that in the next four-year period, the population will become interested in the newly elected parliament in case only, if there is a quarrel there, someone will curse someone.  People are interested in a show not in a laws. They  even have not a hope that the current or future parliament will make decisions which will be useful for people. Neither fluctuation of GEL rate is as painful   as it was earlier and just nihilism is a reason of it. A nation that thinks about earning a living only, is no longer capable of fighting and for it, no matter  who will be in power. Just because this situation the “Nationals” gained more than half million votes. Otherwise, it is unlikely that these half a million voters want  the prisoners killed in prisons, the young people shot in the streets, the nation announced as criminal,  and the brooms. Simply, someone just sold the voice, someone sold it twice and made money for food for a month, someone even came and circled another candidate at someone’s request or without it. No one says out loud why several thousand ballots are void. It is because no one of these thousands of people  circled anybody in the ballots, they simply wrote at the end of page “your mothers. . “  that  was all. A lot is indicated by fact that they did not find anybody among up to 60 parties, who could be their favorite. This is a reality that “Dream” has ensured elections largely because of not having a  decent competitor . But, neither the ruling party nor the opposition wants to recognize this fact. o you know w Because the Dream thinks it won on account of its own strength  while he opposition does not want to recognize its indignity. I mean the opposition that is running in the streets as “peaceful protesters” and throwing  “Molotov cocktails”

We will walk on this way for the next four years, elections will not be a matter for ordinary people. It will be a competition for employees and unemployed  and the winner will be the one who outweighs. Yes, just like that, the race of employees and the unemployed, the race, the fight for working  will be held in the elections and not for the bright future of the country. It has been managed, to the end, that the minds of the majority of the population can no longer go beyond earning food, and this is most favorable for politicians.

Older politicians have introduced their children as “new faces” in the arena, proving once again that politics is a business for them that passes from father (or mother) to child

Until  the new parliament is convened,  until  the four-year service accompanied by the flag and anthem is justified, maybe someone will come out and say that for the population – for the people who are on the side of Georgia, not of any political force, they will be helped, cared for,  acknowledged that the country, the state, exists.  From today’s view only it can be seen that the country is a racetrack and once in four years the horses try to get to the finish line first to then eat barley and sugar, while the other  to be satisfied with straw.