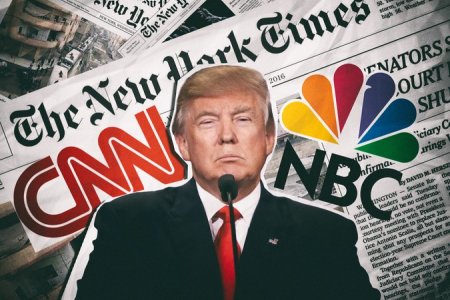 Government of Georgia in person of an official representative of the Foreign Ministry Vladimir Konstantinidi, on 20th February gave a start of one more international anti-Russian provocation,  when spread the information that Russia was standing behind the last year cyberattacks. In addition to  all other issues, one strange thing  is  noticeable  here If it6 is a case of offence and investigation, the similar statements must be spread by representatives of the law enforcement bodies and  not the Foreign Ministry, but, it is another topic.

Until now, the Georgian government has made every effort not to intervene in the anti-Trump hysteria. It was a rational decision. However, the Georgian Government also joined the outbreak  campaign against Donald Trump with the above statement of the Foreign Ministry, which means that we have a chance to earn the “evil attention” of the current US President, who by a higher probability will  retain a presidential post for a second term. I really can’t say why  Ivanishvili needed this, but if this process was developing behind his back, we can state two things: First, traitors are added to Ivanishvili’s team, and the second – Ivanishvili loses control of power.

The informational  cause “passed” by Georgians, was immediately accepted the opponents of Trump in the USA and the neoliberal media that is standing back to them

At first, the  New York Times  newspaper spread  the news based on 5 sources about the briefing held a week ago in the Intelligence Committee of the Chamber of Representatives, where the American congressmen and the officers from the Intelligence  were participating.

U.S. intelligence officials say Russia is already interfering in the 2020 pre-election campaign to achieve Donald Trump’s election for the second term. While on 22 February, a “horn” of the  neoliberal propaganda from Washington, again based on the “knowledgeable”   but  secret sources,  spread the information about the meeting of some officials with the presidency  candidate of Democrats , Senator Bernie Sanders  and that as if these persons told him that Russia is again intending to assist him in the election campaign

In addition to ordinary accusations towards Russia, the New York Times published now some details of the briefing of the Intelligence officials and congressmen.

By the way, if it was a secret meeting, how the information leaked from 5 sources?

According to the newspaper, since now, the Russian malefactor will apply more perfect tactics and, by use of the American servers, will introduce themselves in the social networks as the US residents. In doing so, they will provoke real American citizens to spread then disinformation themselves.

At the same time, the American Intelligence blames Russia in penetration in the sub-divisions which are responsible for the cyber-war by Iran, and declares tat Russia intends to arrange cyberattacks throaty Tehran

Adam Schiff –  congressman from the Democratic Party, a  formidable enemy of Donald Trump and a supporter of impeachment of the current White House leader, developed even more his activities after the letter published by “Times”, and filled-out twitter’s informational field with the “Russian interference”  theme.

A narrative about Russia’s interference is being spreading actively by other pro-democratic structures as well.  For instance,  CNN has already blamed Moscow in actions which “cause danger to the most sacred institution of democracy – national elections. . . and, makes  attempts also to weaken the national unity.

New York Times, Washin­gton Posi, CNN, and other generators of American psycho-fantasy are trying in every way to convince the Americans that if Trump is elected for a second term in November, this will not be the result of economic success or the support of his supporters filling the stadium, but the result of the fact that Vladimir Putin wants so

A certain impression is created in American society that  Putin is interfering in US elections. But, the main enemy of  the American elections, which destroys their transparency and legitimation, is not in Moscow but in the USA This enemy discloses  itself in Schiff’s twitters, CNN news, “Times” articles .

based on the internet materials