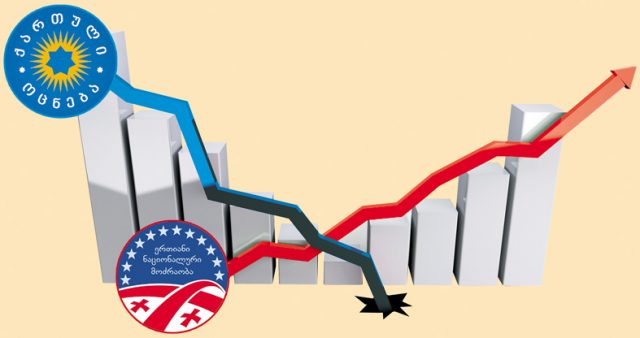 Georgia has been living from election to election for several years. Then, as a rule, the lost party starts protesting, calling for early elections, running to the residences of European or American ambassadors, support us, they do not follow your instructions, we will do better (they have to prove their superiority) and no one, absolutely no one remember citizens; The people who went to the polls and voted. Some of them took money (some from both sides), some made choices for fear of losing their jobs, and some even secretly circled this or that party at their own discretion, hoping for the future of the country.

This election is no exception, but with the difference that the opposition stubbornly wants to come to power. The main reason for this, behind the scenes, is that in a “democratic” state, the government must change after eight years. It turns out that this is the reason why Saakashvili was released in 2012 and now he wants the “Dream”  to leave. By the way, no one says that the elections in 2012 were rigged and in fact “Dream” was supported by many more people, but the winning team did not follow this story to the end. However, if Saakashvili had been in their place, even in case of victory, he would have demanded the recount of votes and re-elections, if a richer piece had been cast. Saakashvili and, consequently, the “National Movement” do not want to admit defeat in the elections. Yes, just Nationals, otherwise the other parties got very few votes, but Nationals  were chosen as the locomotive, little parties were put in wagons and, if they slip into a gap they agree.  Now,  the Nationals want to return to power at any cost and rest assured, they are worth more than their time, but this time they are packing better, narrowing the ranks as much as possible, returning Akhalaia, returning Mukhadze, Adeishvili and all those who created the system, while  Misha will have this opposition like a hand boy.

The West did not publicly support snap elections. The EU acknowledged it, and the US ambassador (after being seriously asked by the State Department) publicly said: „The election was flawed, but in the end it was fair“,  but in reality we have a different picture …

US Ambassador to Georgia Kelly Degnan belongs to Joe Biden’s camp, i.e., she is a self-proclaimed liberal and was dreaming for  Donald Trump lost the election; That Trump, who said from the UN rostrum: America no longer teaches anyone how to live, and wanted that Biden to win, who declared: America is back and ready to rule the world. It is because of Degnan’s stubbornness and categorical demand that we have changed the Constitution and changed it so that at any moment, after the election, the same America gets the result it wants. One hundred percent of ordinary people still do not understand what the system of proportional voting is and what it means, what is the “lock” system, as a result of which one of the 61 deputies on the “Dream” list was “cut off” and only 60 were selected. Instead, “Nationals” are  represented by 36 deputies and this reality in 2012 could not be seen even in the most daring dreams of the Nationals.

After joint meetings with representatives of the opposition, the US ambassador will meet with the leaders separately this time. As we were told, the opposition leaders who entered the ambassador’s residence were searched from head to toe, put on a metal detector, and that was only because someone did not insert a recording device and then made a noise: Look, sirs, Mrs. Kelly is actually supporting us and is just waiting for Biden to officially take over the presidency, then no snap elections are far off.

It is Biden’s United States that is trying to leave only the :Georgian Dream” in parliament, so that it can call early elections. This America publicly supports the elections, while  behind the scenes … 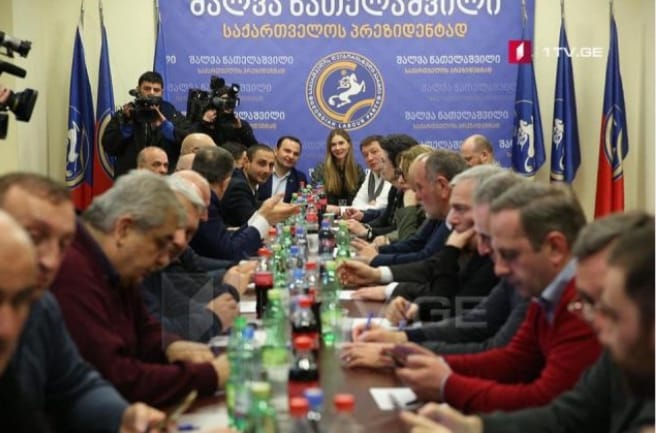 According to the updated information, the leaders of the “Dream” were negotiating with the people who are at the bottom of the parliamentary list of the opposition parties. If the leaders refused to enter, the next number on the list would also have to be refused and, as we were told, many of them agreed to enter parliament. This information has been leaked and now it has been rumored that the opposition parties are going to close the parliamentary list, but this (and neither conscience) does not completely prevent them from receiving budget funding. Yes, tens of millions of lakhs should be credited to the accounts of opposition parties every year, and if anyone thinks they will go hungry if they refuse the mandate, it will not be so. Grigol Vashadze will receive 5,000 GEL per month for the chairmanship of the party, the same amount – Shalva Natelashvili, others there and … Nobody was interested in the lower echelon of the party, otherwise they would not have decided to close the list without their consent. Nor are we being asked whether we want to fund the boycott of the opposition from the budget and, in general, whether we want to fund parties with state budget money. Gentlemen, both the position and the opposition  withdrawn funding from the state budget, and if  you manage to assure me, an  ordinary voter, that your program is the best, I will donate money and you will exist, if  you can not assure – I will  not donate, i.e., I do not believe you, y I do not want you to see in the power  and, why then you get from the budget the money I have paid there?

The fact is that if Trump is defeated, liberalism will prevail in America, and those who believe that liberals will allow Biden, who reached the age of 80, to make key decisions, are greatly mistaken. It is in the name of liberalism that countries like Georgia are disappearing – according to their project, countries with a population of less than 10 million should no longer exist at all. I repeat oOnce again: Despite the fact that Kelly Degnan was appointed by Trump in Georgia, she did not hide her  goodwill towards the liberal camp and supported it openly. You may also remember how Mikheil Saakashvili treated Biden during the Nationals governance era  and how the Americans praised Misha for pursuing liberal ideas. It was then that the idea matured to draft a law on legalizing same-sex marriage in Georgia, but the bill failed. Failed for the sole reason – the government has changed and the newcomers  were  smart, not to turn themselves ashamed for this, while the Nationals  did not feel themselves ashamed at all for what they did for 9 years, and  still got more than half a million votes in the last elections. No matter how much the supporters of the “Dream” have to deceive themselves now – Gakharia promised and finished  the National Movement, the reality is different: if the Nationals  had 7 deputies in the previous parliament, now they have 36 and you call it finished ?! How many MPs did you have in the previous parliament and how many do you have now? Find out who is on the way of end  and who is on the way of ascension. When you find out, say thank your party and Ivanishvili personally, it is entirely and only their merit.

It is also a fact that most of the LGBT community in the Transcaucasian countries are in our country, we protect their rights the most and only in Georgia they dare to claim parade. We can confidently say that this wing will be strengthened in the future and the 4-year breathing period of Trump’s presidency will make everyone sour. Yes, we are against LGBT propaganda, we are against their parades and we have the right to do so. The trouble is that we are deprived of this right, they do not leave us and, if we are talking about aggression, the most aggressive are the so-called  liberals. Half of America has been burned in the name of liberalism, Trump is being attacked in the name of liberalism, and in the name of liberalism our natural rights and traditional values ​​are being set on fire and landslides.

From the end of November, all opposition parties will receive funding from the budget, ignore the will of their own voters, and calmly wait for the strictest indication from the United States to re-run the election.

Then there will be no need to shake hands, because re-elections will be called for the transfer of power. This is the bitter reality we live in, and it seems we can not change anything.