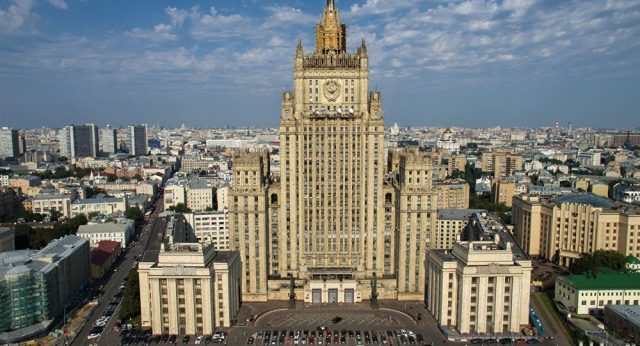 In reply to the statement spread by  the Government of Georgia with regards to massive cyberattack, the Department of Information and Press of the Ministry of Foreign Affairs of Russia announced the following:

“In connection to the accusation of Russia by the Georgian authorities, USA, Great Britain, and some  European countries of the massive cyberattacks  on Georgian internet-sites, servers, and operational systems, we would like indicate the following: Spread of the groundless and politically motivated  fictitious information is obvious. There exists  and may  exist  no evidence of involvement of the Russian official structures  in the activities damaging the Georgian electronic networks. A synchronized propagandistic action deserves an attention that is arranged by Washington, London,  Tbilisi, and others. It took four months to establish whether Russia was participating in the  incident that as if happened on 28th October, last year. All these accusations  come as hi­ghly likely. It is too pity that Georgia does not want to refuse the Russia’s demonization line and learn lesson from the last year crisis. All this is shadowing  even more the not so simple relations between us. However,  we are again sure that overcome of the existing confrontations and commencement of a  process of normalization will meet the fundamental interests of the Georgian and Russian nations. We understand there are forces for which this normalization is absolutely unacceptable” –  Foreign Ministry of Russia says.