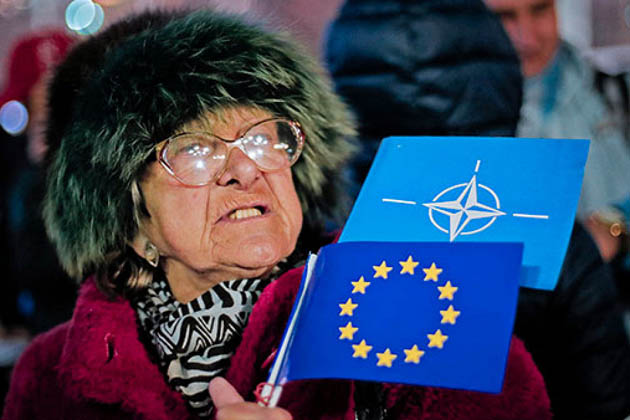 It all started out quite atypical: Greta, which threatened the older generation and accused it of creation of the climate-apocalypse was brought to the forefront, and then the plague itself was activated, which somehow only kills the older generation.

It’s all the fault of the older generation!

First it was the opposite – first an epidemic, then false prophets appeared in the background. But we are now witnessing the impact of the new reality  – influence of the social networks: If once they were able to intimidate people through the crazy speeches of Greta Thunberg, then a second stage could be launched.

Prior to that, activists were demonizing the older generation. A chorus of children appeared singing on the screen of the German television’s first channel  ARD the following:  “My grandmother is an old ecological pig”

After all, the time has come for annihilation of grandmothers that   should free the hearts of a young generation from a chimera called conscience

On the same ARD TV-channel (similar to our  Public Broadcaster in Germany)  satirist Zilberstein appeared and said: “That the older generation die because of the coronary, is the great law of nature, because the very 60+ generation has brought the  world to wall”

This  is their satire on the peak of panic.