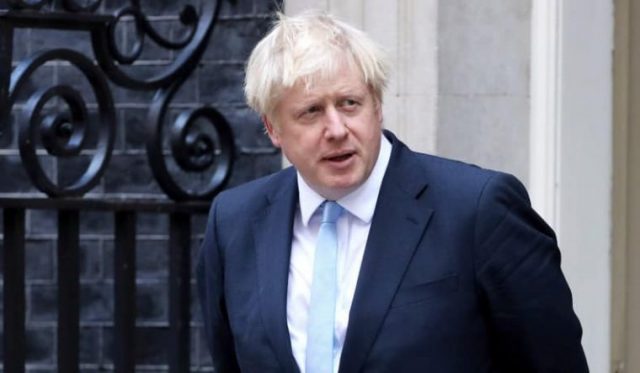 “I Pay tribute to the courage of you, your government have shown in firmly resisting Russian pressure”,  – this is an excerpt from a letter written by the British Prime Minister to Giorgi Gakharia. Well, how could it be that Boris Johnson’s letter did not immediately raise over  heads by the authorities and did not say that Britain supports us and occupies one of the leading positions in the list of our strategic partners.

Let me tell you in all seriousness: we think that the government, politicians do not know the meaning of the word  “Strategy” (from which the word “Strategic” is derive). Here is how the word is explained in the dictionary: ”Strategy is one of the most commonly used words in modern management. Nevertheless, there is no single definition agreed upon. Distinguish is made between short-term, medium-term and long-term strategies. When talking about strategy, first of all, the association is with the strategic plan, which is often a written document. Strategic management is a broader concept and includes both the development of a strategic plan and its implementation. It is also an integrated model that emphasizes that all functional units of the organization have a common development strategy; Achieves the desired result through internal managerial processes and program activities; Creates a long-term development plan of the organization with operational and tactical solutions”. 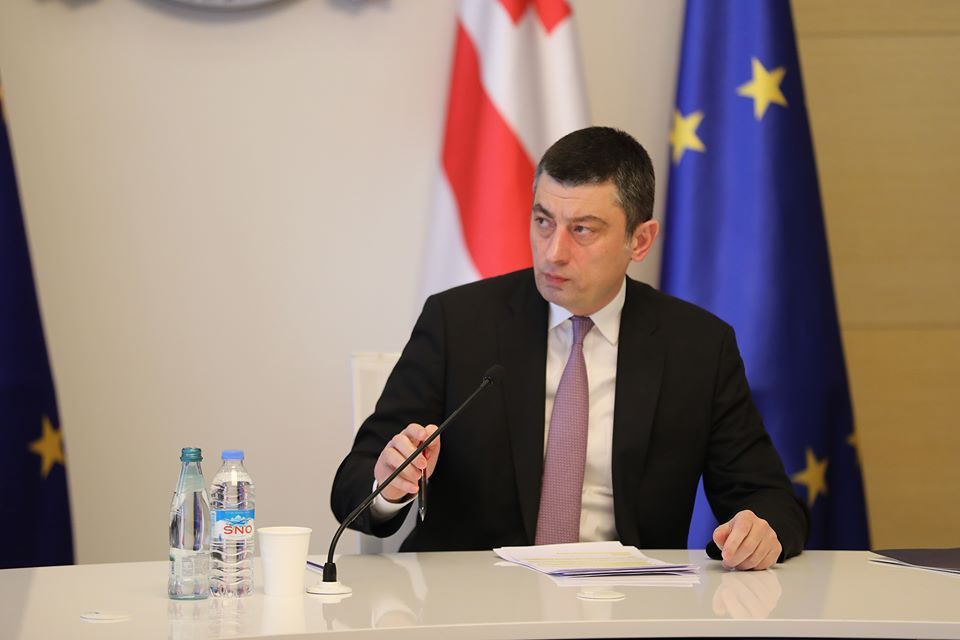 The strategic plan is a written document and for some reason we can not look back, we and Britain have something written-written. As for America – our main strategic partner, we sometimes sign some things (yes, some things), but no one tells us what the real purpose of this strategy is, what it includes, that is, where we come from and where we are going. Yes, we do not even know where we come from, because if we are ancient Europeans, then why does Europe not open the door to us, and if one of the oldest civilizations, then why does America, which has no long than three centuries history,  tell us they will  teach civilized life?

Let’s go back to Britain and their Prime Minister again. During our 30 years of independence, what has Britain done to make any citizen of Georgia come out and say: Yes, sir, thanks to Britain for this and that ?! – Nothing but such letters and believe us, similar letters are written by every British Prime Minister. Letters of exactly the same content are sent to African countries, Ukraine, Moldova, European developing countries – from those who need not only Britain, but also Europe and America to fight Russia. Encouraged by these letters, we and others like us should bark like dogs from high tribunes, call Russia an occupant, after which the superpowers of Europe,   the United States and Britain  will have the opportunity and, most importantly, a ground to impose further sanctions on Russia. (in worse case – to third with it at our expense) and, in general, their dream is to disintegrate Russia into simple multipliers and then become the masters of this vast territory themselves.

Has anyone thought that if Russia had intended the full annexation of Georgia, it would not have been possible or  America and Europe had intimidated it? It would be over in 24 hours and nothing more could be left in our  hands except for  outrage and concern of our “strategic partners”. Neither   those Javelins being bought by us  for 75 million, could have saved us   nor the drones,  they are going to sell to us for  many millions. Expanded arms race is unjustified when you do not have the basic human resources to carry out a long-term and large-scale military operation. Consequently, the only right solution is to negotiate in such a situation, but what do you want? “Strategic partners” do not even allow us to do that. It is enough that the issue of face-to-face negotiations between Georgia and Russia is really raised somewhere, “friends” immediately intervene in the case and kill the possibility of dialogue in the embryo. We have tasted this bitterness many times and will definitely taste it in the future, though. . .

The same Britain immediately fled the EU and does not regret it. The main reasons for leaving the union were the decline of the British economy and the devaluation of the pound sterling. European experts said a separate Britain would die, but the opposite happened. This is a clear example that Europeans are not always right and a strategic partner (in this case Britain) can easily be overthrown, and we have made the EU our goal in life, and even Archil Talakvadze said, – The main thing we will do by 2024 will be that It is in 2024 that we will apply for full membership in the European Union. That is, the union from which the superpower Great Britain escaped (Poland and a few others are  thinking to do so)  is a dream for us. Someone will say, Britain and ours are different in scale, at least compared to a relatively low-ranking country, and Here is,  sir, Greece, which was in the EU and what did it get from it? Default, the declaration of bankruptcy of the country, several early elections, several changes of government and debt, which he will not be able to visit for at least half a century. There are several other countries in the queue.

Why didn’t other EU members extend a helping hand to Greece? Because there are actually two players in the EU that the others are working on. Germany and France have officially announced the concept of a two-speed Europe, which means that they should be in the “first-speed”  in Europe, while the rest of Europe should serve their wellbeing and prosperity, i.e. they are considered as “second-speed” countries. The real chance of joining the EU  for us will appear only if they introduce the concept of “third-speed” Europe instead of “two-speed”, i.e. when servants will need other servants to serve them And, we may become such servants of them.

To tell you the truth, we do not know of any other state in the world that pays such attention to the ordinary letter of the head of any other country, and at the same time, a provocative letter. Yes, it’s actually an ordinary letter, but if we look closely, it even encourages us. We must believe that Britain is on our side and we must attack Russia with a bigger heart. Then any senator in the US Senate will send a similar letter and the Georgian political spectrum will fall into ecstasy. It is those in ecstasy and euphoria who often make statements that are difficult to explain later, but these statements are used extensively by Britain, Europe and America. Then the world fathers will sit down, they will get new sanctions against Russia and … again and again big money that drives the world and it is because of money that the superpowers want to break Russia. They use all the levers for that and one of the levers is Georgia and similar countries.

It will not be bad if the Georgian government pays attention to one interesting detail. The activation of the political elite of Britain, Europe or America coincides one hundred percent in time with the approach of a summit or a meeting of the heads of state. They make statements in support of Georgia about a month in advance (not forgetting other countries as well), then tell them to express their position on Russia, then put forward these documents and discuss how to make life difficult for Russia. The basis is the statements that are made at their own instigation and the decision to extend the sanctions is made with a „clear conscience“.

I can not really tell you how long it will take to walk in one circle. Especially considering that the parliament of this convocation has established the West as a foreign course and has documented that it will not look to Russia. This is in the conditions when the non-nuclear but most developed countries (Norway, Denmark, Ireland, Finland, Sweden) no longer participate in this game, no longer refuse the Russian market and have normal relations. This relationship seems to be good for their economy and the Scandinavian countries do not give others the first place in the happiness index of their the population

“The UK will continue to strongly support Georgia’s territorial integrity and sovereignty, and remains committed to supporting your NATO membership aspirations. A strong commitment to democratic values is a key underpinning of the NATO alliance” – this is also from  Johnson’s letter

A similar statement was made by French President Nicolas Sarkozy at the time, but then, when he was no longer president and no longer obliged to “speak with a brush”, he said directly: “No one will join Georgia and Ukraine in NATO, this is a utopia and no one will face Russia because of these two countries”. Time will pass and Johnson will surely say the same, but not yet, yet he is the Prime Minister of the United Kingdom, a country that escaped from the  EU, while   and we are striving for that very union.