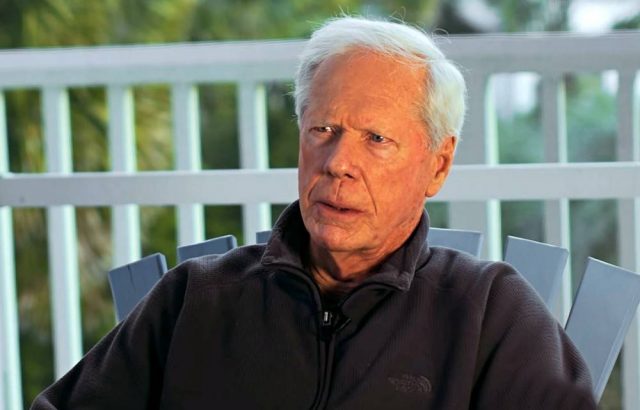 For years I have been cataloging America’s decline into collapse, not merely economic collapse from economic concentration and the offshoring of jobs and investment, but also the collapse of the belief system that created some unity among a diverse population.  Today not only is the economy done for, but so is the belief system that sustained social and political stability.

America no longer exists.  A geographical entity exists of diverse peoples and interests, but not a country, much less a nation.  The United States itself has degenerated into an empire.  It is no longer simply a country with an empire.  The 50 states are themselves the Establishment’s empire, and it can only be held together by force.

Earlier in my life free speech was used by liberals to legalize pornography, homosexual marriage, and abortion, all of which were opposed by the majority of the population.  This did not stop liberals from imposing their agendas on the people.

Today free speech is impermissible, because it can be used to protest what half of the population sincerely believes was a stolen presidential election.  Even attorneys and legal firms that brought legitimate cases of electoral fraud for clients are being punished for doing the ordinary work of attorneys.  The same is happening to university professors and to average Americans who exercised their Constitutionally protected right of free speech and association and attended the Trump rally. See for example: https://www.paulcraigroberts.org/2021/01/18/americans-no-longer-live-in-a-free-society/

In America today, free speech can only be exercised in narrow and controlled channels.  It can be used to demonize President Trump and his supporters as “enemies of democracy.”  It can be used to demonize white people as “systemic racists” and “white supremacists,” and to demonize heterosexual white males as “misogynists.”  Its one other use is to demonize countries—Russia, China, and Iran—that stand in the way of Washington’s hegemony.  There are no other permissible uses of free speech today in the United States, an inappropriate name of the country as the country has been throughly disunited by Identity Politics and a presidential election widely perceived by voters to have been stolen.

I have provided for my readers a massive, but only partial, list of evidence of a stolen election.  See: https://www.paulcraigroberts.org/2021/01/15/dont-fall-for-the-establishments-tall-tales-there-was-no-violent-assault-on-the-capitol-and-there-is-abundant-evidence-of-electoral-fraud/

But a simple question suffices:  If the election was not stolen, why is it impermissible to  raise the question?  Explanations that are off limits to investigation and public discussion are unlikely to be true.  The reason they are off limits is because they cannot withstand examination. You don’t have to go back far in time to get a long list:  Assassinations of JFK, RFK, and MLK, Waco, Oklahoma City Bombing, 9/11, Saddam Hussein’s weapons of mass destruction, Iranian nukes, Assayd’s use of chemical weapons, Russian invasion of Ukraine, Russiagate, 2020 electoral fraud, January 6 Trump Insurrection.  And, yes, I left out some, but the point stands without them.  A country in which explanations are controlled is a country in which people live in lies.

In America and Western civilization generally, the concept of objective truth has essentially been destroyed, especially in educational and communication institutions. Throughout the Western World the basis of truth has been shifted from evidence to emotion.  Emotion has become the important evidence.  Objective truth is dismissed as a construct that serves white males.  https://www.paulcraigroberts.org/2020/12/23/on-truth/

Immigration policy is aligned against white Americans. Powerless as a majority, white Americans have no future as a minority.  https://www.zerohedge.com/political/biden-immediately-send-congress-bill-would-offer-citizenship-11-million-illegals?utm_campaign=&utm_content=Zerohedge%3A+The+Durden+Dispatch&utm_medium=email&utm_source=zh_newsletter   Also: https://www.rt.com/usa/512765-migrant-caravan-biden-policy/

Even if white Americans could escape their insouciance and realize that their country is being taken away from them, they are powerless to do anything about it. With the new domestic terrorism bill on the way, even a protest against dispossession is criminalized as sedition.

There are many interesting aspects of the situation that we could explore.  But let’s take only one.  The Biden regime seems to be filling up with neoconservative zionists who are agents of Washington and Israel’s hegemony.  The pursuit of this hegemony involves conflict with Russia, China, and Iran.

Washington will be entering these conflicts with a collapsed economy and a sharpely divided population.  Will the real backbone of the American armed forces—Trump deplorables—fight for an Establishment that hates its guts?  Will an economy drowning in debt and destroyed by corporate offshoring of investment and American middle class jobs and now by lockdowns that are destroying the remaining pieces of the middle class—small businesses—be able to sustain a conflict with nations more unified and free of external debt and unmanageable internal debt?  If so, it will be the first time in history.

How long will Trump deplorables remain docile when they realize that they are being exterminated by being cut off from equal rights, constitutional protection, employment and avenues of success?

As for the Establishment itself, when will its arrogance and confidence be shaken by the realization that it cannot control the anti-white, anti-American ideologues it has created and is itself facing the situation faced by Kerensky, the Brownshirts, and the Chinese Communist Party when Mao unleashed the cultural revolution?  Having empowered hatred and having let it out of the bottle, the Establishment itself will be destroyed by it.