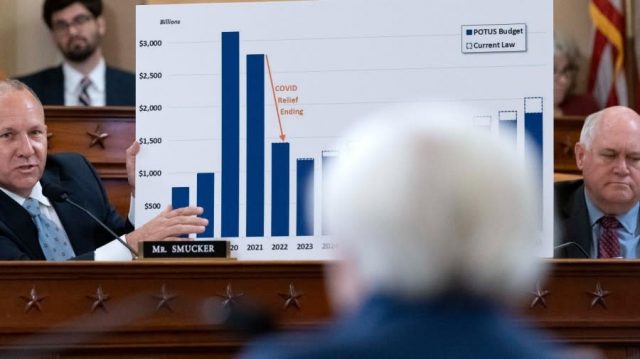 U.S. Treasury Secretary Janet Yellen said on Sunday that a federal gas tax holiday could be worth considering amid a nationwide uptick in gas prices.

When asked about the possibility on ABC’s “This Week,” Yellen said, “President Biden wants to do anything he possibly can to help consumers.”

“Gas prices have risen a great deal, and it’s clearly burdening households. So he stands ready to work with Congress, and that’s an idea that’s certainly worth considering,” she added.

Currently, the national average price for a gallon of gas is $4.983, down slightly from previous highs upward of $5 per gallon, according to the American Automobile Association.

“What I’ve been pushing for is, among other things, suspending the gas tax. That helps put some more money back in people’s pockets,” Hassan previously told Fox News. “I’m pushing the administration to support that. They haven’t yet, and that’s frustrating.”

But critics fear that losing the money from the federal gas tax, which funds various infrastructure projects, could inhibit the progress of those efforts.

Suspending the federal gas tax would require congressional action, but Biden pushing publicly for the policy could increase momentum surrounding the matter.

Sources told The Hill last week that the White House economic team has already discussed the gas tax holiday and were expected to meet again.

The Biden administration has repeatedly said that nothing is off the table in its considerations of how to address the skyrocketing gas prices.