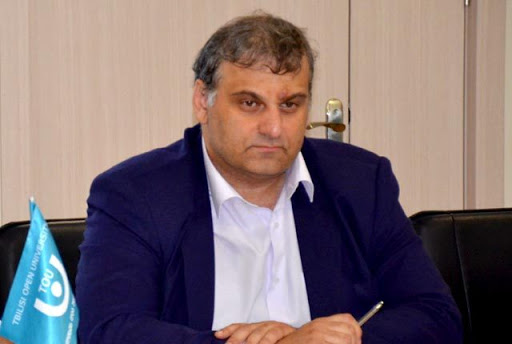 Since the Georgian Dream came to power in Georgia, the Russian Federation has repeatedly offered dialogue to the Georgian side, but to no avail. A few days ago, Russian Foreign Minister Sergey Lavrov said: “If Georgia does not want to ‘play the Russian card’ in order to maintain Western patronage, and if it wants to live a normal life with us as neighbors, we are ready for that at any time”. The U.S. ambassador reacted to Lavrov’s statement before official Tbilisi said anything: “This statement should entail fulfillment of Russia’s 2008 commitments. I have not seen any steps in this direction; in fact, there are still flight bans and market restrictions. Until Georgians see a concrete step towards the occupied territories, statements coming from the Kremlin will not carry much weight.”

Why is the U.S. ambassador speaking on behalf of the government of Georgia and should the Georgian government respond to the call of the Russian authorities? – This question is answered by political scientists and a civil activist.

“The Georgian side is not really the Georgian side, because others speak for it – the U.S. ambassador is the fastest to respond to any proposal from Russia”.

The Georgian side is not really the Georgian side, because others speak for it – the US ambassador is the fastest to respond to any proposal from Russia, no matter who said it or what official.

U.S. Ambassador Degnan looks comical, she gives very primitive and undiplomatic answers. That these statements have nothing to do with diplomacy is clear, and it is also clear that Degnan is being provocative. Her statements show that she is concerned that the ice between Georgia and Russia will break and relations will warm up. The cornerstone of American policy in the Caucasus is precisely to tear Georgia and Russia apart. In a construct in which Georgia and Russia can begin a dialogue and seek rapprochement, America will lose influence in our region.

“Refusal to have a dialogue with Russia is pouring water on the mill of Abkhazian and Ossetian separatists”.

The fact that Russia is so insistent on dialogue with us shows that we still haven’t lost face. They, not us, are asking for a meeting, so we should take advantage of this, someone smart should definitely go and at least find out the situation for us anyway. Georgia’s inaction and refusal to have a dialogue with Russia pours water on the mill of the Abkhazian and Ossetian separatists. It turns out that we are sulking because we cannot wage war?

A tough stance is bad; the time for ultimatums is over, especially for countries like ours, which already have a lot of problems. If any profession does not tolerate dilettantes, it is, above all, diplomacy. A dilettante diplomat loses a country.

If there is even one intelligent person in the country we should decide to go to Russia because the state needs this. To go there does not mean to recognize the superiority of Russia. There will be the UN General Assembly in the fall, this is a very good chance to prepare the details of the Russia-Georgia meeting there. The Assembly is the place for meetings. Take advantage of this opportunity, make preparations, involve diplomats and schedule a summit meeting. Georgia has no other way and way out.

“The U.S. ambassador is making us hostile to Russia, I wonder how she is going to get our territories back!”

The American ambassador, Mrs. Degnan, is making us hostile to Russia, I wonder how she is going to get our territories back?!

America has been our so-called partner for years, but no one thinks about returning the territories. Thanks to them, we don’t have an economy either. For 30 years America has been sending money to Georgia that is used for one thing only – to agitate against Russia. The money is not invested in Georgia’s development, it is used to enrich Georgian politicians.

Three people went to Russia and could do nothing. This happened because Russia was offered trilateral talks – Georgia-Russia-NATO, which is incredibly stupid. Georgia should talk to Russia without any ultimatums. We should go there and try to restore diplomacy, the railroad, the tunnel… Without Russia Georgia will not get stronger, without Russia the Georgian economy is doomed.

Talking in the language of ultimatums with Russia will not do Georgia any good. We must listen to our neighboring country and convince it that we are not enemies. Russia will not spoil our relations with America, we just have to convince them that we will not enter into military alliances.

I appeal to the Georgian leadership: go to Russia, talk to the leaders of the country, open an embassy, establish a partnership, strengthen the economy and then the Abkhazians and Ossetians will contact us. Georgians are starving, we are in a dump, and when this is so, who will want to live with us?! Have a dialogue with Russians and do not mention lost territories first under any circumstances, because when you talk about it your gun should be loaded, and we do not even have a gun.