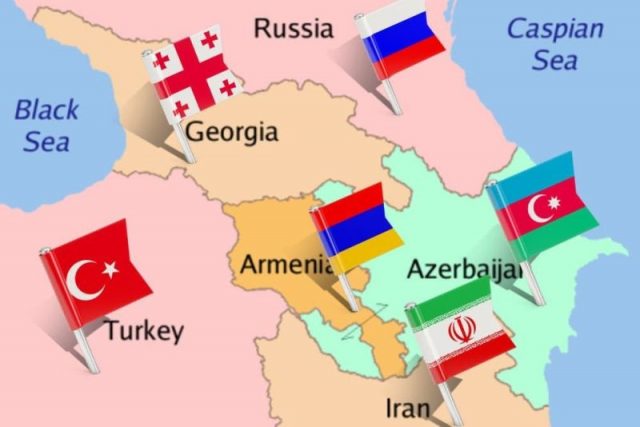 At the end of last year, we wrote that Georgia’s refusal to participate in the „3 + 3“ format would not have a good effect on our country. Recall that on December 10, 2020, one month after the end of the bloody hostilities in Nagorno-Karabakh, the Presidents of Azerbaijan and Turkey initiated the creation of a new platform with the participation of countries in the region. Russia also supports the establishment of a joint platform of Turkey, Azerbaijan, Georgia, Armenia, Russia and Iran to ensure lasting peace in the region, which has partnerships with all these countries except Georgia. Yes, by sitting at one table in the „3 + 3“ format  it was possible to thaw the ice that has been lying between Georgia and Russia for several years. Nevertheless, the Georgian side categorically refused to participate in the format and the first meeting was held between only five countries.

“Involvement in the 3 + 3 format does not oblige  Georgia to change its political positions. We may agree that in this format we will only discuss topics that are of interest to all participants. Moscow does not have diplomatic relations with Tbilisi, so I have less opportunity to explain the advantages of the 3 + 3 format of Georgia’s regional cooperation. We appealed to our Turkish and Azerbaijani friends, Armenia, to explain to their Georgian neighbors the benefits of joining the 3 + 3 format for them, as for all of us. Such participation will not oblige them in terms of political positions. In my opinion, it is in Georgia’s interests to join the 3 + 3 format without preconditions. We are currently in talks with our Georgian counterparts on the Transcaucasian issue as part of the Geneva talks, which discuss the consequences of the Georgian aggression in August 2008 and is an  unofficial bilateral channel established between Moscow and Tbilisi a long time ago, but, the processes that start within the frameworks of the   3 + 3 format, is much more important because this format considers the development prospects of the whole region” – said Russian Foreign Minister Sergei Lavrov.

Let’s start with the fact that Sergei Lavrov has been the Minister of Foreign Affairs of Russia since 2004. He wanted to retire a couple of years ago, but Vladimir Putin did not let him go, saying tha the and the country need him to stay on the position   Therefore, it is impossible for Lavrov to make a statement without knowing Putin’s mood and point of view on this or that issue. The direct reference that “it is in the interests of Georgia to join the 3 + 3 format without preconditions” is telling a lot. As I told you, the first meeting of the 3 + 3 parties was held on December 10 last year, at which Georgia was not represented, and, most likely, something was said at this meeting that forced the Russian Foreign Minister to state that participation in the format is in Georgia’s interests. It is not difficult to understand that Russia will not oppress itself in this or any other format, as well as Turkey, and will definitely agree with Azerbaijan; Iran, a nuclear state, has always been an accountable power and it remains Armenia, which will definitely try to see the benefits of this format and will see it, be it economic direction or peace format; And Georgia, a country in which the above 5 states have interests in different directions. Therefore, if necessary, these interests will be easily adapted to themselves and there will be simply no one to defend the interests of Georgia. Let us recall the recent past: when talks  started  about this format, the Western partners immediately said: Georgia should not take part, because Russia is an invader, and until it returns the seized territories, there is no point in talking. Moreover, it was said then that sitting at the negotiating table would be a betrayal of the homeland, and what more did our government want, did it call Europe and America the most traitorous country ?! And put an end to this issue.

No country is in a good day amid a global financial crisis. Consequently, economic relations are very important today, and when all your neighbors talk to each other about these economic relations, agree, and you observe the events from the side and say at the end of the year that I have the highest economic growth in the region, it is ridiculous. How can you have the highest economic growth in the region and the population of your country live much worse than the population of other countries in the region ?! Do not tell me now that Turkey, Azerbaijan, Armenia and Russia are in more trouble than we are. Not so, and in Turkey, where the record inflation rate was recorded, the government managed to stop inflation, boost the economy and boost the tourist season so that it was almost at the old level. And all this against the background of stricter restrictions than we have. Meetings in the 3 + 3 format will definitely continue and, in all probability, it will be renamed, because Georgia is not going to participate and only 3 + 3 written on a piece of paper will not give anything. The leaders of the other five states participating in the format are well aware that the main situation is the current situation and not what is written on the paper. Then, when an agreement is reached, when the economic growth of the neighbors will be really high, it will be too late to talk about regret. We are in the position of a hungry and proud state and we do not even know where we are going (if we are going anywhere at all). We do not really have the fingers of one hand to list the offers made by the Russian side to the Georgian government. Was it a direct dialogue with the participation of senior government officials or the organization of a meeting of lower-ranking and senior government officials. Lavrov proved that the Abashidze-Karasin format is useless with this one statement – he said out loud what the Georgian side is afraid to say. We all know very well that no radical change or result has brought any meeting in this format and it is more like a conversation between two pensioners, namely pensioners, because Karasin was officially retired and the only thing left is a meeting with Abashidze. The other diplomat was no longer tempted by the Russian Federation for this matter, Karasin also seems to understand well what he has to say in order for the meeting to take place and they are so sweet. We have seen at least one document that was adopted after these meetings and that, which broke the ice, knocked down one brick in the wall formed between the two states. There is no, we can not show it, because all this is invented to deceive people, and Lavrov also confirmed, – such a relationship does not make sense, to speak directly. Most interesting, you know what? The Western partners know for sure that no one will tell them the real story from this meeting and that is why they will not let Georgia go. If the Georgian side takes into account Russia’s proposals or the views of other countries, gets on the economic train and breathes a sigh of relief, will the talks on military bases and the prospect of NATO membership end? As a result, trade with the region will end and the West will no longer have trade bases for the Russian side, for fear of the neighboring country joining NATO, and much more. And today it happens that everyone except our country is trying to do everything, everyone, you want, `chalice` against the background of the worst economic crisis in the world, survive and move, hang on to a big state, buy something cheap, sell at a high price and manage with common efforts World Crisis. Do you think that the leaders of Armenia and Azerbaijan enjoy sitting side by side? But it needs the interests of the country and we say it too: we must put the interests of our own country above the interests of others. 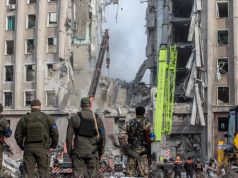 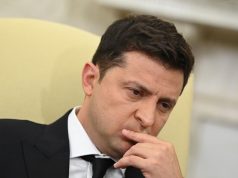 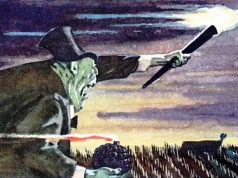 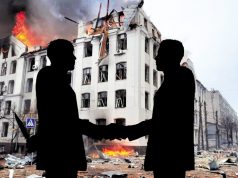 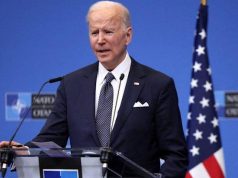