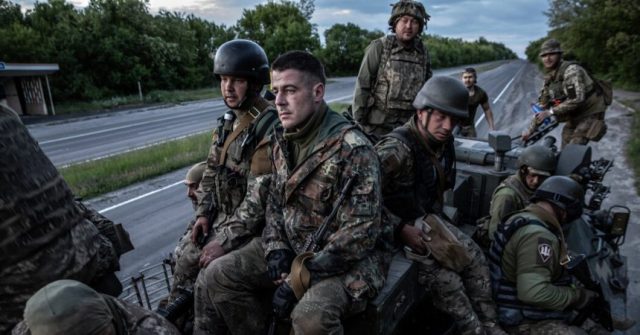 Intelligence agencies know far more about Russia’s military, even as the United States ships billions of dollars in weapons to the Ukrainians.

WASHINGTON — President Volodymyr Zelensky of Ukraine has provided near-daily updates of Russia’s invasion on social media; viral video posts have shown the effectiveness of Western weapons in the hands of Ukrainian forces; and the Pentagon has regularly held briefings on developments in the war.

But despite the flow of all this news to the public, American intelligence agencies have less information than they would like about Ukraine’s operations and possess a far better picture of Russia’s military, its planned operations and its successes and failures, according to current and former officials.

Governments often withhold information from the public for operational security. But these information gaps within the U.S. government could make it more difficult for the Biden administration to decide how to target military aid as it sends billions of dollars in weapons to Ukraine.

U.S. officials said the Ukrainian government gave them few classified briefings or details about their operational plans, and Ukrainian officials acknowledged that they did not tell the Americans everything.

Of course the U.S. intelligence community collects information about nearly every country, including Ukraine. But American spy agencies, in general, focus their collection efforts on adversarial governments, like Russia, not current friends, like Ukraine. And while Russia has been a top priority for American spies for 75 years, when it came to the Ukrainians, the United States has worked on building up their intelligence service, not spying on their government.

The result, former officials said, has been some blind spots.

“How much do we really know about how Ukraine is doing?” said Beth Sanner, a former senior intelligence official. “Can you find a person who will tell you with confidence how many troops has Ukraine lost, how many pieces of equipment has Ukraine lost?”

Even without a complete picture of Ukraine’s military strategy and situation, the Biden administration has pushed forward new capabilities, like the rocket artillery systems President Biden announced last week. Ukraine is awaiting the arrival of more powerful Western weapons systems as both sides in the war suffer heavy losses in the eastern Donbas region of the country.

Pentagon officials say they have a robust process for sending weapons in place, which begins with a request from the Ukrainians and includes a U.S. assessment of what kind of equipment they need and how quickly it can be mastered.

Some European agencies say it will be difficult if not impossible for Ukraine to reclaim the land that Russia has taken since it invaded in February, but U.S. intelligence agencies are less pessimistic, officials said. Still, there are cracks in Ukraine’s defenses, and questions about the state of Ukraine’s military forces and strategy in the Donbas have created an incomplete picture for the United States.

Avril D. Haines, the director of national intelligence, testified at a Senate hearing last month that “it was very hard to tell” how much additional aid Ukraine could absorb.

She added: “We have, in fact, more insight, probably, on the Russian side than we do on the Ukrainian side.”

One key question is what measures Mr. Zelensky intends to call for in Donbas. Ukraine faces a strategic choice there: withdraw its forces or risk having them encircled by Russia.

In recent days, Ukraine has provided more information. On Sunday, Mr. Zelensky visited the front lines and called the fighting in Sievierodonetsk — a city that is key to controlling Donbas — “extremely difficult.” He has also acknowledged that as many as 100 Ukrainian soldiers a day are dying and described how Russia has taken a fifth of the country.

The government’s more candid public statements may be a precursor to a conversation with its population about the strategic choices to be made in Donbas, analysts have said.

“Probably there’s a debate going on about whether to withdraw all the defenses that might be trapped if they stay,” said Stephen Biddle, a professor of international affairs at Columbia University. “If there’s going to be a deliberate withdrawal, Zelensky is going to have to explain that in some way that doesn’t seem to cast aspersions on Ukrainian arms. He’s going to have to tell some sort of story to the Ukrainian people if they do decide to pull those troops out, and explaining the losses they could suffer if they stayed is a logical way to do that.”

There is another reason for the incomplete intelligence about Ukraine. Cloud cover has limited the utility of overhead satellites.

The United States provides regular, near real-time intelligence updates to Ukraine about the location of Russian forces, information that the Ukrainians use to plan operations and strikes and strengthen their defenses.

But even in high level conversations with Gen. Mark A. Milley, the chairman of the Joint Chiefs of Staff, or Lloyd J. Austin III, the secretary of defense, Ukrainian officials share only their strategic goals, not their detailed operational plans. Ukraine’s secrecy has forced U.S. military and intelligence officials to try and learn what they can from other countries operating in Ukraine, training sessions with Ukrainians and Mr. Zelensky’s public comments, American officials said.

Ukraine, the officials said, wants to present an image of strength, both to the public and to its close partners. The government does not want to share information that could suggest a weakening of resolve, or give the impression that they might not win. In essence, Ukrainian officials do not want to present information that might encourage the United States and its other Western partners to slow the flow of arms.

At the behest of the United States, Ukraine has spent years tightening the protection of its military and intelligence services from Russian spies. Briefing other countries of their plans and operational situation could reveal weaknesses Moscow could exploit if the Russian military learned of them.

(Of course, the Ukrainians are not always as careful with American operational plans. Mr. Zelensky once announced publicly that Mr. Austin and Antony J. Blinken, the secretary of state, were coming to Kyiv for a visit, a fact U.S. officials had tried to keep secret.)

There are good reasons for Ukraine not to speak candidly about their forces or their military strategy, Dr. Biddle said.

“I’m not sure it’s in the interest of the American public or Ukrainian public to have Ukrainians be upfront about their losses if the result is it strengthens the Russian war effort,” Dr. Biddle said. “But that means we don’t really know both sides of the story.”

The United States has better estimates of Russian casualties and equipment losses, a senior U.S. official said. The Defense Intelligence Agency, for example, estimates that the number of Ukraine’s soldiers killed in action is similar to Russia’s, but the agency has a far lower level of confidence in its estimate of Ukrainian losses.

The picture American officials have presented of a grinding war, with neither side making decisive progress, appears to be accurate, Dr. Biddle said. Nevertheless, the public information about Ukrainian casualties, equipment losses and morale is incomplete.

But there may be a potential cost if the intelligence community cannot present a fuller picture to the public or Congress about Ukraine’s military prospects, Ms. Sanner said. If Russia advances further, the failure to understand the state of the Ukrainian military could open the intelligence community to accusations that it failed to deliver a full picture of Ukraine’s prospects in the war to policymakers.

“Everything is about Russia’s goals and Russia’s prospects for meeting their goals,” Ms. Sanner said. “We do not talk about whether Ukraine might be able to defeat them. And to me, I feel that we are setting ourselves up for another intel failure by not talking about that publicly.”