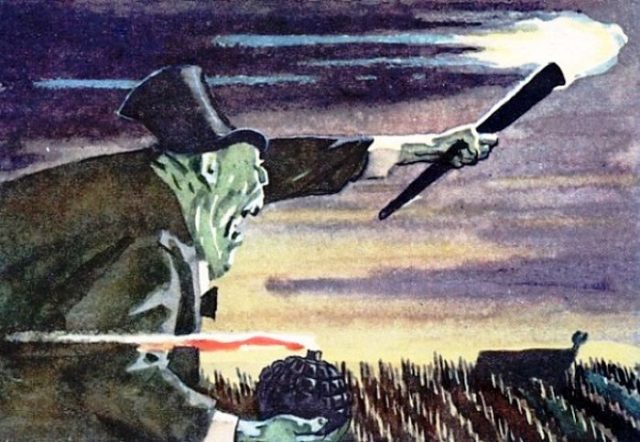 Let us not be great Catholics over the Pope! – This expression fits exactly with the current situation in the capital of Georgia. Almost every cafe or hotel has “Slava Ukraine” written on it. In principle, most of the hotels have already removed this sign because the main guests are Russian citizens. Instead, there are still these signs at the entrances of cafes and bars, and we get the impression as if we want to prove that we are more Ukrainian than Ukrainians. Trust us, such hysteria does not exist in Ukraine either, and what is happening here is planned and implemented by a specific group.

There is a fifth column both in our country and in Russia, and you will prove it now. The West really wants us and the Russians to face each other to the point of death, as it did in the case of the Russians and the Ukrainians, and unfortunately it worked out well. The fifth column is strong here and in Russia, and their creation is that as soon as the prospect of warming between Russia and Georgia arose and Grigory Karasin publicly said during a meeting with Georgians, Georgia’s position on non-compliance with sanctions did not go unnoticed, Bibilov was instructed to declare  that South Ossetia would join Russia. It can be said for sure  that this was done for the sole purpose of intensifying anti-Russian hysteria in Georgia and disrupting the prospect of warming. This is not the first case – it is enough to officially say that something positive is happening or being prepared between Russia and Georgia, that it will immediately be followed by provocative action in Russia itself (usually again on the issue of South Ossetia or Abkhazia) and the initiative or process beneficial to both countries will be devalued.

Last weekend I acted as a guide with friends from Russia and showed our capital.   Wanting to buy spring clothes for their  small child, we went to the store and when asked about the price of a particular item, the seller paid 75 GEL. I protested in Georgian, what a story – I said and oh, you Russians thought it was worth 40 GEL. However, this family owns a solid business in Moscow, they want to open a branch in Georgia, invest about 250-300 thousand dollars, employ 10-12 people and. . . Let’s say directly, apart from Russian citizens, who wants to do business in Georgia? – No one, except Iranians and Hindus, who open laundries or cafes and hire  locals for begging salaries. Put your hand on your heart and say: Why do Georgians prefer to work with Russians? Is it because they have human conditions and human wages?

More than one million Georgians live in the Russian Federation. Do you think that Georgians entering the store are told a different price and Russians a different price? Are there any indications in cafes and bars in Russia that Abkhazia and South Ossetia are Russia? Does anyone say that out loud? Ordinary people express aggression towards Georgians? – Of course not (for those who do not believe, ask) and what comes out? We’re cool guys and they are – aren’t? Who forbade talking to Russia about wheat and energy products because it was possible to get all this much cheaper and make the population breathless? One day, if Russia sends a million Georgians to the border, – get back your citizens, I have a lot of problems, so what are we doing? Will we start shouting before the silence that Russia is treating Georgian citizens inhumanely? And do we behave humanely? Can anyone explain to us what it means to show the middle finger and scream insulting phrases to blonde people in the street? If all this reaches the ears of a Russian official (and certainly will), if Russia, ordinary people, reacts harshly and aggressively, what will we gain? Do you still see that 100 thousand cities in Ukraine are razed to the ground and the country has millions of refugees? What is happening in Ukraine is encouraged by the West, and the same West is now urging us to open a second front in the Caucasus. There are several other countries in the region besides us, but have you seen such hysteria in Azerbaijan, Armenia ?. .

Maybe not many people know that there are more Azerbaijanis living in Ukraine than Georgians and they do not only have a business, there are also several Azerbaijanis in the city council. Have you seen the hysteria over Ukraine in Baku and the exhibition of signs Slava Ukraine? You can not see it either, because these people think first of their own country and then of another. Do you think that Bibilov’s remarks were taken seriously in the Kremlin, or that if they wanted to join and swallow the so-called South Ossetia, they would wait for Bibilov’s statement if they would annex both Samachablo and Abkhazia one day after the 2008 war? Who would be against – Europe or America? Both would only confine themselves to worrying and saying that they would not recognize this decision and nothing would happen, everything would continue to be much worse than it is now. We therefore argue that it was the Russian fifth column that forced Bibilov to be said to have joined Russia, and the small chance of what had arisen fading again. Do you think Bibilov’s word weighs more in Russia or Karasin? Or would Karasin have said what he said without an agreement with the Kremlin? A: He could not say no and we missed this chance only because someone did not tell him how to talk to Russia. However, in all probability, Ukraine will sit down to talk to Russia this month, and all this will happen at the level of the first persons, otherwise the lower echelon will meet for the sixth or seventh time.

Unfortunately, we are not talking only about cafes and bars. People (mostly young people) are also insulting Russian citizens on the streets and the state is obliged to think of something, to change something, otherwise nothing will come out. One day we will get to the point where the verbal confrontation will turn into a physical one (the plan of which the Georgian fifth column will definitely have) and then maybe unmanageable processes will start. Then the state will not be able to control the situation, will not be able to change anything and will be forced to act on the agenda offered by a separate Western and a separate heated opposition. The West will definitely try to use this fact to open a second front here and trust us, that is the main goal as well. Where to destroy the population of one country and where to destroy two. Europe-America will be happy.

The current reality indicates to the Georgian authorities that there is no alternative to dialogue with Russia. It took Ukraine a war to realize this, and when it realized it, with nothing but destroyed cities and dead people, nothing was picked up. Fools learn from their own mistakes, smart people learn from the mistakes of others. Now is the time to learn from the mistakes of others, not to repeat them again and to solve once and for all the problem that, for the third decade in a row, hangs like a deadly sword over all governments and can not take a single step forward. Right now, Europe and America can not say that it makes no sense to talk to Russia, because even Ukraine has already made sense of this “nonsense” and Zelensky’s hidden but still harsh criticism of the West is heard almost daily.

As long as our government manages to organize this meeting, despite the resistance of the fifth column, it is necessary for the citizens of Russia to feel safe in Georgia. Yes, protected and exactly as more than a million Georgians feel in Russia and from there, for years, care not only for relatives and friends, but also make a serious contribution to the Georgian economy. Otherwise we will get another ship from the west where there will still be pampers and water, and then we will start arguing about what the already submerged country needs so much water for. Even a child will understand that our membership in NATO has been ruled out (this is a separate issue and means that we falsely sent Georgian soldiers to NATO missions and killed someone in the war), the EU will soon say no to our application. That the West needs any post-Soviet country for the sole purpose of irritating Russia and waging war on this vast state.