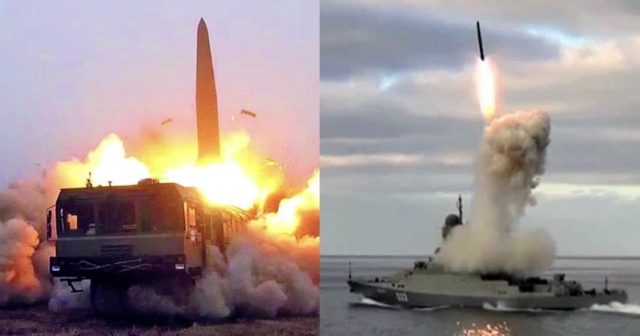 On November 15 the Russian Military launched a new wave of missile strikes on key Ukrainian infrastructure targets, which sustained a focus on infrastructure targets vital to the country’s power generation capacity. The Ukrainian Air Force in an official statement claimed approximately 100 missiles had been launched, marking the largest number of any single day of strikes. Infrastructure in the cities of Kiev, Zhytomyr, Lviv, Chernihiv and Mykolaiv, among several others, were targeted, with three waves of strikes followed by widespread reports of power outages across the country. The attacks came at a time when the power generation capacity in major Ukrainian cities was already extremely strained due to previous attacks, with the New York Times reporting on November 5 that the capital Kiev may need to be evacuated completely due to a looming collapse of infrastructure. Director of security for the Kyiv municipal government Roman Tkachuk stated to this effect in an interview: “we understand that if Russia continues such attacks, we [Kiev] may lose our entire electricity system… If there’s no power, there will be no water and no sewage. That’s why currently the government and city administration are taking all possible measures to protect our power supply system.” By that time 40 percent of Ukraine’s energy infrastructure damaged or destroyed.

The Russian Military notably refrained from mobilising reservists or intentionally targeting infrastructure on a significant scale until October, with the shift towards a more total form of warfare coming after the Russian Army faced repeated and significant setbacks on the ground. It was previously widely assessed that Moscow, expecting a swift victory, sought to keep Ukraine’s infrastructure intact and quickly install a friendly government in the country while minimising the costs to the Ukrainian state. With the possibility of Ukraine’s reversion to Russia’s sphere of influence effectively lost, particularly in the western regions where pro Western sentiments are especially high among the population, the costs of reconstruction are expected to be borne by the current Western-aligned Ukrainian government and its partners in NATO which removes the incentive for Russia to avoid strategic attacks.

Russia’s ability to target Ukraine’s infrastructure has increased considerably with the delivery of Iranian drones such as the Shahed 136, which provide a much more cost effective means of engaging low level targets than use of cruise and ballistic missiles. Russia is also expected to receive Iranian ballistic missiles such as the Fateh 110 which are considerably lighter and cheaper than its indigenous Iskander and Kalibr missiles and better suited to attacks on nearby and poorly defended targets such as across those in most of Ukraine. This also allows Russia to avoid depleting supplies of higher end missiles which are vital to its ability to fight a war with NATO. Continued strikes on Ukraine are expected to place tremendous additional pressure on Kiev and its supporters in the West, with a massive inflow of aid likely to be necessary to sustain the population in the winter and a further large outflow of refugees into Europe remaining probable. If achieved this will help to further increase pressure on European states supporting the government in Kiev, which are already under significant economic pressure due to both the rise in energy prices caused by the war and the cancellation of contracts for the import of Russian fossil fuels.