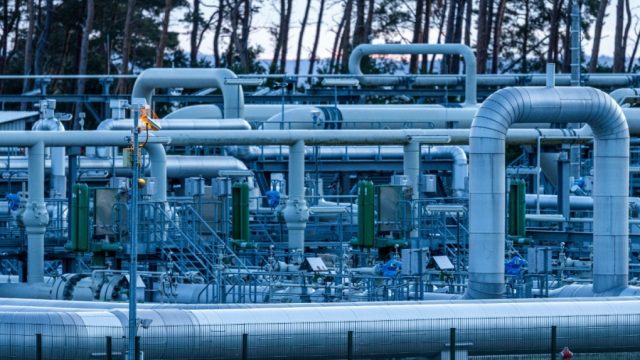 Fund says GDP in Hungary, Slovakia and Czech Republic would fall by up to 6%, with Italy, Germany and Austria also hit hard

A total shutdown of Russian gas supply would reduce GDP in the most vulnerable EU countries by as much as 6% and send them plunging into recession, the International Monetary Fund has warned.

Amid speculation that the Russian president, Vladimir Putin, will keep the Nord Stream 1 pipeline closed when routine annual maintenance ends later this week, the IMF said Europe lacked a comprehensive plan to cope with shortages, further increases in energy prices and the impact on growth.

The Washington-based fund identified Hungary, Slovakia and the Czech Republic as the three EU countries likely to suffer most, but said Italy, Germany and Austria would also suffer significant effects.

“The prospect of an unprecedented total shutoff is fuelling concern about gas shortages, still higher prices, and economic impacts. While policymakers are moving swiftly, they lack a blueprint to manage and minimise impact,” IMF officials said in a blogpost.

“Our work shows that in some of the most-affected countries in central and eastern Europe, there is a risk of shortages of as much as 40% of gas consumption and of gross domestic product shrinking by up to 6%.

“The impacts, however, could be mitigated by securing alternative supplies and energy sources, easing infrastructure bottlenecks, encouraging energy savings while protecting vulnerable households, and expanding solidarity agreements to share gas across countries.”

The IMF said Europe’s energy infrastructure and global supply had coped so far with a 60% drop in Russian gas deliveries since June last year, but underlined the potential costs should the Kremlin respond to western sanctions by “weaponising” energy supplies.

Russia’s invasion of Ukraine has already led the fund to cut its growth forecast for the global economy to 3.6% this year, and it will announce a further downgrade later this month.

Total gas consumption in the first three months of 2022 was down 9% from a year earlier, and alternative supplies were being tapped, particularly liquefied natural gas (LNG) sourced from global markets.

“Our work suggests that a reduction of up to 70% in Russian gas could be managed in the short term by accessing alternative supplies and energy sources and given reduced demand from previously high prices,” the IMF said.

“However, diversification would be much harder in a total shutoff. Bottlenecks could reduce the ability to reroute gas within Europe because of insufficient import capacity or transmission constraints.”

The IMF said in the event of a total shutdown, the EU could suffer a drop in economic output of almost 3% over the next 12 months. Some countries, such as Sweden, Denmark and Greece, would see little or no impact on growth, but Italy, due to its high reliance on gas in electricity production, could suffer a hit of more than 5%.

“The effects on Austria and Germany would be less severe but still significant, depending on the availability of alternative sources and the ability to lower household gas consumption,” the fund said.

In these perilous times, a truth-seeking global news organisation like the Guardian is essential. We have no shareholders or billionaire owner, meaning our journalism is free from commercial and political influence – this makes us different. When it’s never been more important, our independence allows us to fearlessly investigate, challenge and expose those in power. Support the Guardian from as little as $1 – it only takes a minute. If you can, please consider supporting us with a regular amount each month. Thank you.