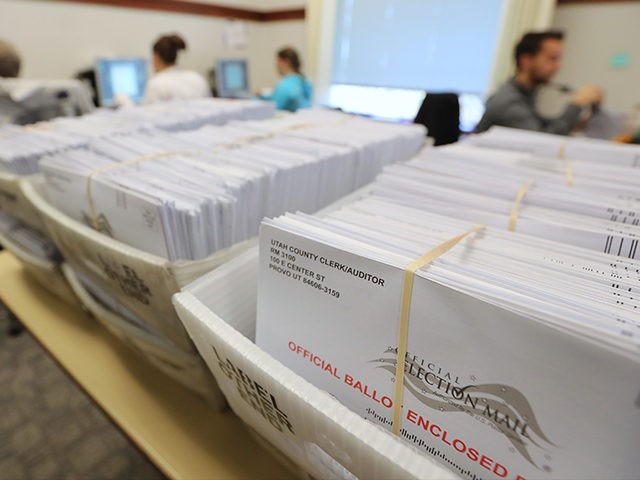 However, the Pennsylvania Supreme Court ordered election officials to “segregate and preserve” any incorrect or undated mail-in ballots.

“The Pennsylvania county boards of elections are hereby ORDERED to refrain from counting any absentee and mail-in ballots received for the November 8, 2022 general election that are contained in undated or incorrectly dated outer envelopes,” the court wrote.

“We hereby DIRECT that the Pennsylvania county boards of elections segregate and preserve any ballots contained in undated or incorrectly dated outer envelopes,” the court added.

The court’s decision comes after a Republican National Committee-led lawsuit against acting Pennsylvania Secretary of State Leigh Chapman and other state officials.

This ruling is a massive victory for Pennsylvania voters and the rule of law. Following an RNC, NRCC, and PAGOP lawsuit, Pennsylvania’s Supreme Court has made clear that incorrectly dated and undated mail ballots can not be counted. Republicans went to court, and now Democrats and all counties have to follow the law: this is a milestone in Republicans’ ongoing efforts to make it easier to vote and harder to cheat in Pennsylvania and nationwide.

Although the court’s decision is a victory for Republicans who have mounted legal challenges to election laws in various states, America First Policy Institute Center for Election Integrity chairman Ken Blackwell cautioned that the decision could have been a “tactical retreat” by the court’s Democrats. Blackwell said:

This is a big win for election integrity, leaving open the question as to how a partisan Democrat state supreme court could have voted for it. There was a question about whether this requirement could be severed from other items the Left cares about. Given that, I’m raising my eyebrows as to whether this was a tactical retreat.

The justices were split about whether the date requirement for mail-in ballots would violate the U.S. Civil Rights Act of 1964, which says immaterial errors should not be used to prohibit voting.

Three Democrat justices would find the dating requirement to be a violation of federal law, while one Democrat and two Republican justices see no violation. The justices’ opinions were not immediately released.

Jordan Dixon-Hamilton is a reporter for Breitbart News. Write to him at jdixonhamilton@breitbart.com or follow him on Twitter.