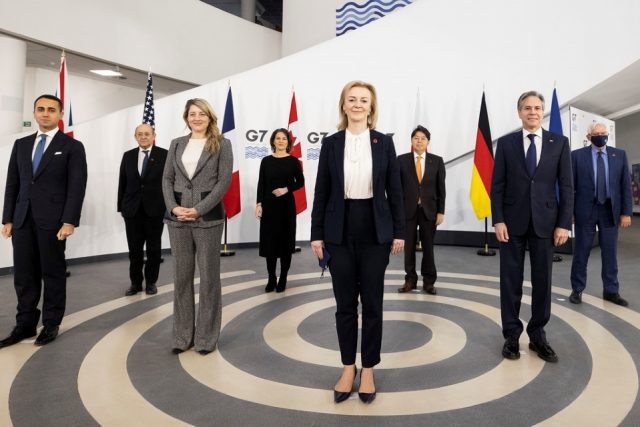 The Queen knew how to earn trust and respect around the world. Liz Truss should follow her example

What will other leaders and nations make of Liz Truss in Britain’s unprecedented hour of trial? This untested prime minister must now try to lead the country through a crisis of unity and confidence that may be triggered by the death of her infinitely better-known namesake, Elizabeth II.

The global spotlight will illuminate the United Kingdom in coming days in ways that would make a more experienced leader quake. In Truss’s words, the Queen was “the rock on which modern Britain was built”. Yet Truss came to power last week vowing to replace that model with one of her own.

Truss frequently talks of deepening post-Brexit UK alliances, of a “network of liberty”, and of constructing “a world where free nations are assertive and in the ascendant”. But her actions to date point not to a “global Britain” that “leads the way” but to a forlorn Billy-no-mates.

The death of the monarch, who was known and respected by presidents and prime ministers around the world and led the 56-country Commonwealth, will inevitably weaken Britain’s influence, leverage and “soft power” – whatever Charles III may do to maintain global connections.

Following its withdrawal from the EU, a self-isolating UK, excluded from collective European decision-making, is in any case increasingly bypassed, patronised and ridiculed by allies and enemies alike. By any measure – GDP, currency, debt, influence, military heft – Britain is drowning, not waving.

Truss entered office facing multiple problems, including the energy and cost of living crises and Russia’s war in Ukraine. But the challenge that faces her now dwarfs all the others in its implications for Britain’s internal constitutional cohesion and future place in the world.

Truss admirers describe her as a “values-driven” risk-taker. Enemies say she’s an opportunistic ideologue. But she is firstly a child of Brexit, a cause she was late to embrace but has since promoted with all the fervour of a convert. Hard-right Brexit instincts infuse her politics.

The question now for a watching world, as Britain reels, is whether Truss will ditch her us-v-them rhetoric, rein in her Thatcherite prejudices and Europhobia, and rebuild international bridges on which a wounded, semi-asphyxiated “aspiration nation” can clamber to safety.

Her record for spreading harmony and healing divisions is not encouraging. In the space of 12 inept months as foreign secretary, Truss clumsily aggravated UK relations with all the major international powers. As prime minister, she lacks an electoral mandate and popular support.

America’s Republicans love her blunt free-trade, free-world diatribes. But Democrats run the US government, and Joe Biden, by all accounts, is seriously unimpressed, not least by perceived threats to the Good Friday agreement.

In a pointed public intervention only a day after she took office, the White House warned Truss not to jeopardise peace by trying to “undo” the Brexit-related Northern Ireland protocol. It implied that a US-UK trade deal, a litmus test of Brexit’s success, could be blocked.

The US also worries that her antagonism towards the EU undermines joint efforts to confront Russia over Ukraine and encourages rightwing populist, Eurosceptic forces, now on the rise again in Italy and elsewhere.

Others have doubts, too. President Emmanuel Macron swiftly congratulated Truss. French commentators were mostly welcoming, although her shifting views, contrasted with the immovability of her hero Margaret Thatcher, the Iron Lady, have earned her a nickname: Iron Weathercock.

Truss caused a flutter during the Tory election contest, saying “the jury is still out” on whether Macron, leader of a key Nato ally, is a “friend or foe”. Such jejune crowd-pleasing is unworthy of a prime minister.

Yet after clashes over post-Brexit fishing rights and cross-Channel migrants as well as Ireland and trade, her attitude to Macron and other EU states remains problematic. Expectations are low in Berlin, Paris and Brussels, which could work to her advantage if she’s smart.

While shunning Europe, Truss is oddly fixated on the far side of the world. Hopes of developing post-Brexit ties in the Indo-Pacific led her to court Australia, where she agreed a feeble trade deal and the controversial Aukus defence pact, and Japan and South Korea, countries she styles “beacons of freedom”.

In her Mansion House speech in April, she rejected the “false choice” between Euro-Atlantic and Indo-Pacific security. “In the modern world we need both,” she argued. But her calls for a “global Nato”, for higher military spending, and hints that Britain may arm Taiwan set her on a collision course with China.

Engulfed by crisis at home, Truss may find little time for foreign affairs. Yet the deepening stand-off with Beijing, which decries her “imperial mentality”, and with Russia, which she accuses of “barbarism” in Ukraine, could disrupt her premiership, especially if desperate Vladimir Putin ups the ante.

Truss has insisted Russia be expelled from all Ukrainian territory, including Crimea. There is no way the west can enforce this demand. She must know this. Or is it another example of a rash, even ignorant disregard for potentially very dangerous consequences?

Buoyed by a global wave of sympathy, Truss’s urgent international priority must be to re-connect Britain with traditional friends and allies alienated by a misconceived, mismanaged Brexit and the crass follies of her Downing Street predecessor. Despite noisy detractors on the right and left, the UK retains a wealth of experience, ideas and talent to offer a world in dire need of sensible leadership. Truss is correct about this. But she’s part of the problem.

The world moves on regardless, the wagons keep rolling. Ever adaptable Queen Elizabeth understood this. She nimbly changed with the times. Can prime minister Liz show similar agility and flexibility? Because, right now, Britain and the British risk being left behind.