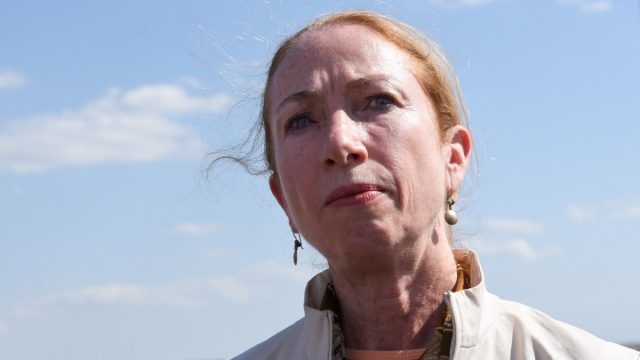 I agree with and join the protest of Mr. Givi Gureshidze, which was published in the 26th  issue of the newspaper “Georgia and the World”. You, Mrs. Degnan, have been appointed US Ambassador to Georgia by the American people and government to establish friendly just, and equitable relations between the two nations. Unfortunately, this process is directly hindered by your actions. You unceremoniously interfere in the internal affairs of our country, and very rudely. Do not act like that!

In us, the Georgian working people, there is still a warm and respectful attitude towards the American people. Don’t spoil that attitude. If you do not stop and continue to rudely interfere in the internal affairs of our country, it remains for us to categorically demand your withdrawal from our country. To prove this, I would like to make two suggestions:

1. Georgia is a country belonging to  the Virgin Mary, i.e. the land of  Christ’s mother, so  antichrist cannot ascend the throne in Georgia;

2. I am from of one of the most beautiful regions  of Georgia, Tusheti, and I want to give an example from its history of human coexistence and  relations (you call it democracy and tolerance):

There were and still are 78 communities in Tusheti. In Tusheti, like in Kiziki, Kakheti, there was no lord. Domestic and foreign affairs (Tusheti was subordinated only to the kings of Georgia) were decided by 12 men – representatives of these communities. This  body was called the council. The most severe and cruel sentence against the offender was considered to be expulsion from the community. The offender had to be evicted from his residence and left the graves of his ancestors. Now compare the severity of the punishment of the present Tush fair self-government to the European Inquisition, during which the Catholic Church burned the most progressive thinkers (those having different opinion). After all, to say bad things (to put it mildly) about the    orthodox faith of which we are followers is simply blasphemy and nothing more. Bartholomew’s night also took place in a democratic Europe whose descendants ostensibly teach us what existed with us centuries ago and still exists today. How did you Americans start living after visiting the continent? By cutting off the aborigines and arranging reservations for the survivors. It is the same as a man sitting in prison in his own country, because he is the son and owner of that land and water.

To understand our moral steadfastness, read the Georgian folk poem “The Poem of the Tiger and the Servant”, there is also an English translation. Maybe after that you will understand that that  garbage gathered in Shaliko’s panchaturi, or these immoral people, you  threw it in the parliament like a herd, and the population of Georgia with its majority, will never be the same. Mrs. Degnan, do not communicate with traitors to Georgia, keep relations with me and people like me. This will be more useful for the good relations between the American and Georgian peoples, of course, if you have the desire to do so.