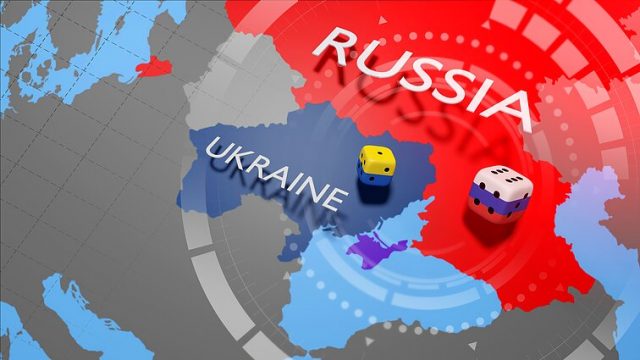 Recently, videos of captured Russian soldiers have been actively spread on the social network. They say they no longer want to fight, they  laid down their arms and voluntarily became captives. They sing the Ukrainian national anthem and swear at their country’s president. Of course, these videos are a source of admiration among Ukrainian supporters, and everyone says in one voice that it is the end of Russia, that Putin is being betrayed by his soldiers, that they do not want a war. All this is good, but for some reason no one asks a very simple question: why are the soldiers who voluntarily crossed over to the enemy side either wounded or severely beaten and, in all cases, crippled from head to toe, while most of them have their eyes closed?

What turns out: the soldier dropped his weapon, waved a white flag, voluntarily moved to the side of the enemy and the enemy first beat him severely, then stabbed him and finally forced to sing the Ukrainian national anthem ?! Where is the logic ?! You do not beat the person who walks to your side, you do not roll his eyes and do not force him to speak in front of the cameras do not swear his  mother. Notwithstanding the above, this is not the point. I will now introduce you to some articles of the Geneva Convention and tell you that almost all the world, including Ukraine, has signed this Convention:

Geneva Convention  for the Amelioration of the Condition of the Wounded and Sick in Armed Forces in the Field.

For the purposes of updating g the  Geneva Convention Version o  27 July 1929 for the Amelioration of the Condition of the Wounded and Sick in Armed Forces in the Field, the undersigned plenipotentiaries of the governments participating in the Diplomatic Conference held in Geneva from 21 April to 12 August 1949, have agreed as follows:

Article 1. Respect  for  the Convention

The High Contracting Parties undertake to respect and to ensure respect for the present Convention in all circumstances.

Article 2. Application of the Convention

In addition to the provisions which shall be implemented in peacetime, the present Convention shall apply to all cases of declared war or of any other armed conflict which may arise between two or more of the High Contracting Parties, even if the state of war is not recognized by one of them.

The Convention shall also apply to all cases of partial or total occupation of the territory of a High Contracting Party, even if the said occupation meets with no armed resistance.

Although one of the Powers in conflict may not be a party to the present Convention, the Powers who are parties thereto shall remain bound by it in their mutual relations. They shall furthermore be bound by the Convention in relation to the said Power, if the latter accepts and applies the provisions thereof

Article 3. Conflicts not of the international character

In the case of armed conflict not of an international character occurring in the territory of one of the High Contracting Parties, each Party to the conflict shall be bound to apply, as a minimum, the following provisions:

1. Persons taking no active part in the hostilities, including members of armed forces who have laid down their arms and those placed hors de combat by sickness, wounds, detention, or any other cause, shall in all circumstances be treated humanely, without any adverse distinction founded on race, color, religion or faith, sex, birth or wealth, or any other similar criteria. To this end, the following acts are and shall remain prohibited at any time and in any place whatsoever with respect to the above-mentioned persons:

a)  Violence to life and person. in particular murder of all kinds, mutilation, cruel treatment and torture;

(b) Taking of hostages;

(d) The passing of sentences and the carrying out of executions without previous judgment pronounced by a regularly constituted court, affording all the judicial guarantees which are recognized as indispensable by civilized peoples

2. The wounded and sick shall be collected and cared for. An impartial humanitarian body, such as the International Committee of the Red Cross, may offer its services to the Parties to the conflict

For the protected persons who have fallen into the hands of the enemy, the present Convention shall apply until their final repatriation.

What comes out? Does the Ukrainian army violate the articles of the Geneva Convention every day and no one is held accountable for that? Well, show me at least one video in which the Russian military captures Ukrainian soldiers and forces them to sing the Russian national anthem, swear at Zelensky, call their parents and cry with bitter tears. Is it possible that not a single Ukrainian soldier has been captured so far ?! And if a similar video is broadcast by the Russian side, can you imagine the noise the liberals are making? The Red Cross immediately demands a meeting with specific captives, their help, but does not do so in the case of Russian captives. Why? Captives of war are captives of war  no matter whether Ukrainians, Russians or  Mozambicans, and they must be protected under  the Geneva Convention, but they are not, and this Convention is adapted to the West.

It is also forbidden to share the video on the social network, which clearly shows how Ukrainians living in the city directly rob large supermarkets and hardware stores. And, there are many such videos, however, they soon disappear from social networks and say that the spread of such footage is the enmity of the country and the pouring of water on the Russian mill (?!). What comes out? shops are looted by Ukrainians, TVs and electric ovens are looted, tablets and mobile phones are stolen from each other and I pour water on the enemy mill ?!

In fact, most of the soldiers shown in the videos were not even captured, but wounded, or besieged, or received a concussion as a result of an explosion, and arrested. This is the truth and, if we want to be objective and, in general, have a claim to say something, we must first speak the truth. It is also ridiculous that the Russian president is hiding in a bunker. What does Putin want in the bunker? Moscow is bombed or any Russian city and we do not know? The war is on Ukrainian territory and the Russian president simply does not need to be in the bunker.

We mentioned the videos banned and for a while there was even a video on the social network showing Russian  soldiers being captured and thrown to the ground by Ukrainian soldiers: run away, and then the fugitive is shot in the back and killed. This is also a war crime. If the Russian side had done the same thing, the international court would have launched an investigation into the war crimes, but in this case it has turned a blind eye.

And one more thing:    The Liberal wing is looking forward to publishing an Anonymous list of agents working for Russia. It turns out that this list was stolen by Anonymous from Russian security computers. Do you think that when the military conflict started, no one in the Russian security service could have imagined that it would be possible for a cyber attack to take place and secret materials to fall into the hands of hackers?

Did you think that stealing those materials and exposing the agents helped the Russian special services? Maybe the list of encrypted agents was also hacked by hackers so that there could be, for example, the name of Joe Biden or the same Boris Johnson. And if Zelensky is on that list, then who should we trust – hackers, Zelensky  or Russia’s security ?! That is why we say that a medal has two sides and we stubbornly see one. We, yes, we, we try to take more of ourselves than we can and, most importantly, to go back to objectivity and see what is happening, and not what someone wants to show us.