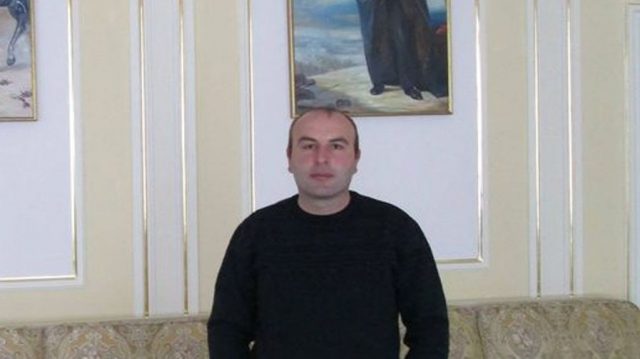 Polish Ambassador to Georgia Mariusz Mashkiewicz addresses the Georgian government asking it to close the Stalin Museum in Gori. “I would like to address my Georgian friends”,  Mashkievich said at a discussion organized by the “Rondell Foundation” in Tbilisi on the Russian invasion of Ukraine. I have one suggestion. I understand that you are in a very difficult situation – you are a small country with a huge neighbor, you are in a difficult economic situation and you cannot speak out against Russia and support the sanctions. Well, but please make at least one symbolic gesture – close the Stalin Museum in Gori. This statement was made by the Polish ambassador on the day of Stalin’s death.

On the night of June 21, 2010, the Saakashvili regime erected a monument to the creator of the victory over fascism, Joseph Stalin, against the will of the people in Gori. It is noteworthy that the National Movement dedicated this barbaric act to the day of the German invasion of the Soviet Union (June 21, 1945).

An event dedicated to the 70th  anniversary of the Great Patriotic War, on which we were invited to attend  for Stalin statue-laying ceremony and which was planned by the authorities, did not take place.

It was later announced that the Belad statue would not be returned to its old place in the center of Gori, it was to be erected in the yard of the house-museum and a pedestal was prepared for it, but this also failed. The ambassadors of the Baltic states and Poland opposed the erection of a statue of Stalin. Moreover, they offered the Gori authorities the money to demolish the pedestal erected for Stalin’s monument, but the monument was not erected, which was openly talked about by Stalin’s admirers, and this was accurate information.

Alexander Chachia, a political scientist, wrote years ago: If the world can prevent a global catastrophe, then undoubtedly the time will come when the world intellectual elite will recognize really, rather than declaratively, the principle of pluralism of social forms of organization, according to which any society has its own way of development, a way that suits its culture, national and social characteristics. But before that time comes, small nations under the leadership of a local ignorant political elite may lose their own cultural-historical face. Therefore, the patriotic forces in Georgia must abandon the unified, universal model of human development, which does not seem to depend on the type of thinking, traditions, culture, national specifics.  This applies to the proponents of Americanism and Eurocentrism in our country, who seek to absolutize the individualism that is specifically derived from the Western, Anglo-Saxon worldview and which sees historical development as a linear process. These ideologues tirelessly indulge the erroneous assertion that the planet’s population must follow the path of Western countries, to extract from them the methods and rules of industrialization of society. Interestingly, the idea of pluralism, which has been propagated by the West itself as the basis for the existence and development of civilization, disappears in their concepts when it comes to the social arrangement of society. Does not pluralism mean different ways of developing a different country and nation?  Moreover, history has refuted the thesis of the unification of nations in the sense that peoples should abandon their own cultural-historical traditions, follow the seemingly universal principles of Western society (by the way, Stalin was the first great statesman to recognize the danger of such an approach, and who categorically Opposed to the ideology of cosmopolitanism). History has proved that nations are the main subject of history and in this role they realize and carry out their own interests, demands and historical debt. Therefore, the main thing that I have been calling for since 1993 in every possible way and I call on the President, the opposition, the intelligentsia, is to develop its own model of national-state development of the country.

Why does the Polish ambassador  come out so stubbornly against Stalin in  Stalin’s homeland? Civil activist Irakli Dochviri talks to us about this topic.

-, War broke out between Russia and Ukraine, and at the same time, Western countries launched an active campaign to involve other states in this war. They themselves do not dare to openly confront Russia and incite others. This time this pressure is on Georgia. Our government did not join the sanctions against Russia, for which I personally thank Irakli Gharibashvili, because joining these sanctions would be a serious blow to the Georgian economy and maybe not only the economy would be hit and the country would be bombed. The bombing really seemed true if someone followed Goncharenko’s call and took a “walk in Samachablo and Abkhazia”.

Against this background, the Polish ambassador made a new demand, because Georgia does not join the Russian economic sanctions, then the Stalin House-Museum will be closed and abolished. Is not this statement or request shocking and astonishing ?! Isn’t all this taken out of context ?! Where is the war between Russia and Ukraine and where is Joseph Stalin and his house-museum ?! Stunning, but the fact is that we hear such inadequate opinions and often do not even know what to answer.

Stalin, who was the head of   of Russia and Ukraine and always sought to strengthen the close and fraternal ties between the two peoples, is today the object of mud-throwing amid a bloody confrontation between the two countries, now by the Polish ambassador.

Where fascism is concerned, there is an unbridled genius of fighting Stalin, because Stalin is the destroyer of fascism and Nazism, he can not stand neo-Nazis and neo-fascists. I would like to state that it is Poland that is on the path of neo-fascism, precisely with the statement of its ambassador.

I advise the Ambassador of Poland Mariusz Mashkiewicz to study well the history of his country,   to study the details of the liberation of Warsaw by Soviet troops, to understand how the Polish people met the Red Army liberating them with flowers in their hands and tears of joy. If he does  not want to read and it really seems so, then I advise him  to watch the feature film made by the British “Liar Jacob”, because Poland now has a correction on Britain. And, to see what was happening in the Warsaw ghetto, how people were locked up before the Red Army entered, and how happily they waited for the Soviet soldiers, knowing that the appearance of the Reds would put an end to their suffering.

I advise the Ambassador of Poland, as it is established here, to respect our country and the opinion of our people, especially the people of Gori, who consider life without the name and memory of Stalin to be incredible. The Polish ambassador should also take into account the fact that a world-class figure, world-class politician and the planet’s greatest commander-in-chief, Stalin, has donated himself to his hometown as a museum to attract people from all over the world and fill out the Gori budget by millions of GEL .

Naturally, we can not ignore the topic of war today, and I blame the United States for unleashing this war. The administration of this country, which has been trying to start a war between Russia and Ukraine for years, has finally achieved its goal – people of one origin are killing each other, and they are standing aside and laughing.

So, if Poland bows to itself and  stop talking about Stalin, so that maybe the Russians will   lean towards it and, in the hope of America-Europe, will not die.

I can not but express my views on the recent outbursts of our president, a descendant of the Mensheviks. The Georgian Mensheviks, accustomed to handing over territory to Turkey in exchange for power (the Treaty of Batumi of June 4, 1918), forcibly enlisted in the service of humanity’s worst enemies, the fascists, and sought to return to power in Georgia, which continues to this day. I can not say anything else about her after she delivered a speech at a rally organized by the destructive forces and supported Volodimir  Zelensky.