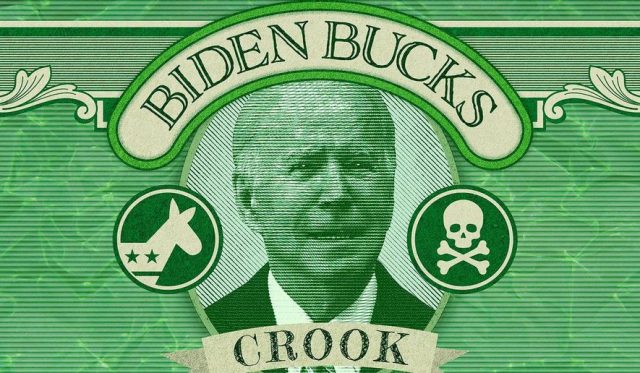 President Joe Biden says the main danger to “democracy” is the “semi-fascist” half of the country that doesn’t vote Democrat. He continues to insist that “white supremacists” pose more of a security threat than China, Russia, Iran and the homegrown goons attacking churches and crisis pregnancy centers.

On Thursday, standing in front of two U.S. Marines, he said, “Donald Trump and the MAGA Republicans represent an extremism that threatens the very foundations of our republic.” That’s unity talk, Democrat-style.

Meanwhile, his party is enabling millions of illegal aliens to flood the southern border, along with terrorist suspects and enough Chinese-sourced fentanyl to keep killing 100,000 Americans annually. Then there are the COVID-19 “vaccine” mandates still in effect, with perhaps more to come.

I could go on, but you get the idea. Besides, Washington Times columnist Michael McKenna did a crackerjack piece last Thursday, “Who is the real threat to democracy?” He lists dozens of ways the Democrats are warring against our self-governing republic and our Constitution.

We’re also told over and over that former President Donald Trump was jeopardizing national security by having unsecured documents at his Mar-a-Lago home. These would be pieces of paper, not unsecured,

Are they telling us that the Trump compound, which is still protected by the Secret Service, is not secure? I’d take it personally if I ran the Secret Service. Besides, what is Mr. Trump going to do with the documents? Sell them to Russian or Chinese intelligence because he needs the money? That’s more the kind of thing that might tempt someone like Hunter Biden.

We’re told that Attorney General Merrick Garland, who labeled concerned parents as potential terrorists, is now a hero of good government because he has warned FBI whistleblowers not to talk to Congress. More than a dozen have come forward to expose the rot at the top. If Mr. Garland were a Republican, there would be blaring network segments on the suppression of brave, patriotic whistleblowers who are only trying to save their agency and protect the American people.

he FDA (“trust us, we know best”) has approved yet another COVID-19 booster shot, this time for Omicron variants. Aimed at 12-year-olds and up (what could go wrong?), the shots are supposed to save us all when cold and flu season comes around in the fall. Without it, they tell us, the toll will be terrible. Oh, and we’re to ignore the increasingly alarming reports of adverse inoculation effects, from palsy-like symptoms, brain damage, compromised immune systems and mysterious deaths of otherwise healthy young people.

As long as we’re talking about folks who lie with a “straight face,” we can’t forget the LGBTQ activists’ totalitarian push toward gender insanity. As girl’s and women’s sports teams finally put their foot down about competing with males who think they are females, the activist tell us that any effort to preserve female sports is motivated by “hate.”

The same goes for pesky parents. They are “hateful” for objecting to their children being perverted and set up for dangerous puberty-blocking drugs, cross-sex hormones and mutilating surgery.

What about the nonstop climate change propaganda? We’re told that unless we abandon our own energy supply, we will kill the planet. So what if the Third World never develops, thus condemning a billion people to perpetual poverty?

The climate fanatics’ solution is a profoundly dangerous shift from fossil fuels before alternative energy sources are up to speed. Even Tesla electric car maker Elon Musk recently opined during an energy conference in Norway that “[We] need to use oil and gas in the short term because otherwise, civilization will crumble.”

California is crumbling even as we speak. They were suckered into voting for Democrats who have shut down power plants and allowed legions of homeless, some of them violent, to take over swaths of cities like San Francisco.

Gov. Gavin Newsom’s administration has banned the sale of gasoline-powered vehicles by 2035. Because the state Air Resources Board will allow only “zero emission” vehicles, this means you won’t even be able to buy a hybrid.

But why wait until 2035? Californians have just been told to set their air conditioning at 78 degrees and even forgo plugging in electric cars overnight because it will strain the already badly compromised electric grid.

Imagine what will happen when the state’s 30 million car and truck owners all plug their electric vehicles into a grid powered by windmills and solar panels. We’re told this will “save the planet” even as China and India spend billions to build new coal-fired plants.

Yes, they tell us all this with a straight face, hoping we won’t inquire beyond the fake news. Their worst nightmare is high-information voters and honest elections.