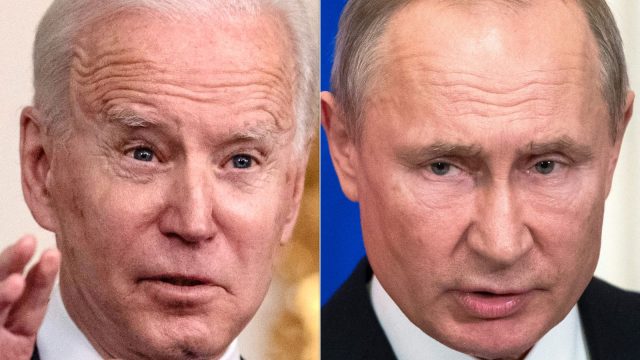 With the Russian invasion of Ukraine now in its fifth month, Western leaders are beginning to recognize, if not openly acknowledge, that their unprecedented sanctions against Moscow are hurting their own countries’ economies without significantly crimping the Kremlin’s war machine. As the recent back-to-back Group of Seven and NATO summits underscored, Western leaders are straining to find new ways to deter Russian President Vladimir Putin.

In fact, the fallout from the U.S.-led sanctions on Russia has ended the era of cheap oil and gas and contributed to surging inflation, supply-chain disruptions and a looming recession in the West. In poorer countries, by sending fuel and food prices higher, the sanctions are threatening livelihoods and political stability.

Sanctions historically have produced unintended and undesirable consequences, yet they have become the policy tool of choice for the United States.

U.S.-led sanctions on relatively small and economically vulnerable nations like Cuba, Iran, North Korea, Syria and Venezuela have essentially failed to change their behavior. But that reality did little to temper Western leaders’ strategic expectations when they launched a comprehensive, sanctions-centered hybrid war against Russia, a commodities powerhouse with the world’s largest nuclear-weapons arsenal.

The greater the size and capability of the target country, the lesser is usually the deterrent effect of sanctions. As the West is now discovering, sanctions against a large, powerful state not only entail significant costs for the countries imposing them, but they also reward nations that refuse to enforce them. Indeed, the sanctions have delivered Russia a windfall from high-price energy exports that no Western-sponsored price cap can significantly roll back.

Today, the increasingly apparent limits of the sanctions approach against Russia are highlighting the limits of Western power. With economic power moving east, the West needs a broad range of international partners more than ever to make a difference. But much of the non-Western world has not joined the West’s sanctions campaign, with all the major democracies in the Global South, Israel and the Gulf Arab states declining to take sides in the NATO-Russia conflict.

The principal lesson from the Russian aggression is that President Biden’s threats to inflict severe economic punishment failed to deter Putin from launching an all-out invasion. And that the Western imposition of sanctions has had little effect on Russia’s war effort.

Yet, ignoring that lesson, the clamor for more and more punitive actions has led to a steadily increasing number of sanctions against Russia and a greater flow of lethal aid to Ukraine, as if there is no threshold that would satiate the Western urge for reprisals or military involvement in the conflict.

Russia already occupies one-fifth of Ukraine, the largest country located entirely within Europe, as Avril D. Haines, the director of national intelligence, acknowledged last week. What Haines didn’t disclose is that Russia now controls Ukraine’s mineral-rich industrial heartland, more than 90 percent its energy resources (including all offshore oil) and much of its port and shipping infrastructure. Russia has also created a strategically important land bridge to Crimea and turned the Sea of Azov into its inland waters.

Biden boasted too soon in March that sanctions were “crushing the Russian economy” and that “the ruble is reduced to rubble.” The sanctions campaign against Russia has scarcely been effective, with Putin’s war machine showing no sign of easing up.

One key reason is that Russia’s finances remain strong. Despite Western governments freezing about $400 billion in Russian central bank assets and at least $240 billion in private wealth, Moscow has roughly $300 billion in foreign currency and gold reserves. The ruble has now hit a seven-year high against the dollar.

The Western discourse is finally beginning to face up to the unpalatable realities. Claims that “Russia is losing” and that “Putin is running out of options to avoid defeat” have given way to open concern that, despite the unparalleled sanctions on Moscow and the frenzied arming of Ukraine, Russia will end up gaining permanent control over sizable Ukrainian territories, thereby unambiguously demonstrating that aggression works.

This, in turn, is likely to encourage China to move on Taiwan, potentially embroiling the U.S. and its ally Japan in a conflict whose geopolitical fallout and economic and human toll could be greater than that from the Ukraine war. Just as Putin was clear about his plans for invading Ukraine, so has Chinese President Xi Jinping been clear about forcibly absorbing Taiwan — a development that would drive the final nail in the coffin of America’s global preeminence.

That the Western sanctions campaign against Russia has largely been ineffective will only embolden Xi’s expansionist agenda. Xi just took a victory lap in Hong Kong after rapidly turning one of Asia’s freest cities into a repressive police state. Like his expansionism in the South China Sea and the Himalayas, Xi brought Hong Kong to heel without incurring any international costs.

When sanctions have proved ineffectual in changing Russia’s behavior, any similar sanctions would fare even worse against China, whose economy is about 10 times larger than Russia’s. Indeed, the damage to Western economies from Russia-type sanctions against China would likely dwarf the current economic pain that the West is bearing from its sanctions on Moscow.

The West’s economic pain from sanctions that are doing little to hurt Russia’s war effort or push Putin to the negotiating table represents a classic example of cutting off one’s nose to spite one’s face. Western leaders clearly overestimated their capacity to undermine the Russian economy and Putin’s hold on power, while underestimating the resilience of a country that historically has endured extraordinary economic and human toll (including in World War II) to pursue strategic objectives.

Some of the West’s economic pain is self-inflicted. At a time when global supplies are already tight, Europe’s decision to switch from cheap Russian energy to alternative supplies has led to stratospheric international prices and a scramble to find new sources of supply, besides stoking a costly competition with the thriving economies of Asia, the world’s largest energy consumer.

The European Union (EU) has agreed on a time frame to wean itself off Russian oil and gas. But Moscow is intent on not letting the EU dictate the timetable for phasing out Russian supplies. With European gas prices already six times higher than a year ago, a possible Russian cutoff of gas supplies to punish the EU for sanctions will compound the already-grim European economic situation.

In the U.S., the soaring prices of gasoline, diesel and natural gas, which have fueled runaway inflation, are due to rising energy exports, with American energy producers seeking to profit from the skyrocketing global prices by selling their products to the highest bidders in international markets. The profits bonanza for the U.S. exporters of crude oil, gas and refined petroleum products is proving costly for American consumers.

Meanwhile, spiraling international food prices are contributing to an alarming hunger problem in poor countries. The Russian invasion has blocked shipment of Ukraine’s leading exports — sunflower oil, corn and wheat. But worse in global impact is the sanctions-linked disruption in supplies of fertilizers and wheat from the world’s No. 1 exporter of both, Russia.

In the face of the global food and energy crises, the West risks losing the international battle of narratives.

This may explain why the Biden administration, despite a wholly punitive approach toward Russia, is now offering to write “comfort letters” for international companies reassuring them that they won’t face penalties for importing Russian fertilizers and grains. But, given the sweeping sanctions against Moscow, such an offer may provide little comfort for Western importers, many of whom have reduced their exposure to Russian commodities because of the sanctions-related difficulty of making payments into Russia.

Having played all his major economic cards, Biden’s sanctions drive has run into a dead end, even as U.S. and European economic woes worsen.

This is redolent of how America’s 1930 Smoot-Hawley Tariff Act, by substantially raising import duties and prompting other countries to retaliate, deepened the Great Depression and contributed to the rise of political extremism, which then enabled Adolf Hitler to gain power. The risk now is that, instead of the wished-for economic collapse and regime change in Russia, the Western sanctions campaign could transform global geopolitics by provoking a Russian nationalist backlash and cementing the Sino-Russian axis.