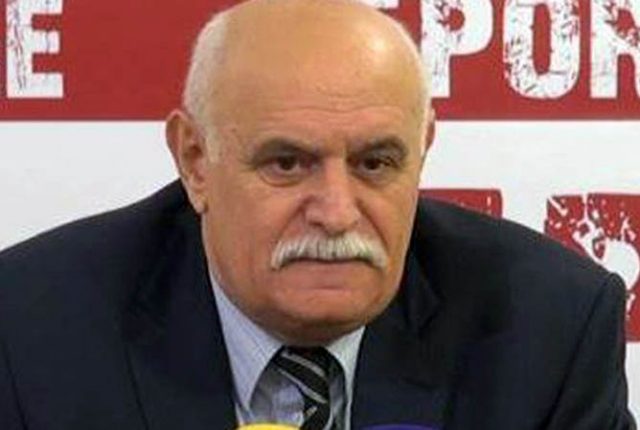 „NATO will not expand, this issue is not on the agenda,” the German chancellor said in Moscow, ending speculation about the Alliance’s “open door” policy. During a visit to the Russian capital on February 15, Olaf Scholz stressed that the admission of new members to the military bloc is not even being considered: “NATO enlargement is not planned, it is not considered, it is not on the agenda. We will not have to deal with this issue until each of us is in his position . . . “

The fact that Germany opposes NATO enlargement is nothing new. The then German Chancellor Angela Merkel expressed her categorical position on this issue back in 2008. However, the incumbent Chancellor did not leave even the slightest reason for optimism in the stubborn hopes of the Euro-Atlantic course. Scholz poured cold water on all those for whom the endless pursuit of NATO created significant illusions, including significant internal political benefits. By the way, a few weeks before the show, the US President made no less than an open statement. Joe Biden in an interview with one of the American TV channels stressed that Ukraine should not have any hope of joining the alliance in the near future. According to him, Washington does not even consider sending troops and physical involvement in the Russian-Ukrainian conflict in theory. The reason is simple: “When the Russians and the Americans start firing at each other, this is a world war”. Nobody will start a world war for Ukraine – this subtext contained Biden’s statement. The White House is ready to worry about the current events, is ready to supply weapons to Ukraine and carry out inciting, war propaganda 24 hours a day, but does not take responsibility for the security of the “friend” state. As for Germany and its position on Alliance enlargement, Scholz’s statement that NATO is not even considering admitting new members is clearly dictated by one circumstance: Berlin does not want to turn someone else’s territorial problems into its own problems, just as it does not want to question its own economic Interests related to a number of circumstances and, above all, the North Stream-2 project. All this shows that neither Georgia nor Ukraine has any prospects for the Euro-Atlantic aspiration. Despite this clarity, the Georgian government is stubbornly continuing the course taken years ago.

For note: Last week, our Minister of Defense, Juansher Burchuladze, who was on an official visit to Brussels, told the media that he had received unwavering support from the Alliance leadership. According to him, Georgia’s decision to become a member of NATO is firm and, as Georgia will not back down in this decision, so the position of the Alliance is unshakable.

What is the message of the German Chancellor to Georgia that the enlargement of the Alliance is not even being considered and what changes may the country’s foreign policy need in the light of these approaches? Lieutenant General Guram Nikolaishvili talks to „Georgia and the World”.

– Mr. Guram, last week, German Chancellor Olaf Scholz, during a visit to Moscow, publicly stated that NATO enlargement is not planned and that the issue is not on the agenda. How do you evaluate this statement and, most importantly, what is its message, what political subtext does it contain for us?

– I cannot say that this is a message or a reference. The message and reference can be called a statement in which this or that position is indirectly expressed. Scholz said bluntly, without any diplomatic fuss, that NATO would not expand, would not accept new members, and moreover, that the issue would not even be the subject of discussion. Well, if we look at the recent past, we will see that the Federal Republic of Germany is not the first to express this position, it made similar statements in 2008. Do you remember Angela Merkel’s statement before the Bucharest Summit that countries that have unresolved territorial problems will not be able to join the Alliance. . . Yes, and since then Berlin’s position has not changed. As for the circumstances, what causes this categoricalness on the part of Germany, first and foremost, of course, is security. Everyone understands that if tensions between the collective West and Russia reach extreme levels, the security of Eastern Europe, then Central and, to a lesser extent, Western Europe will be called into question. By the way, that is why the most moderate and restrained when it comes to increasing the military contingent of the Alliance are the countries of Eastern Europe. Recall even the statement of the Hungarian Foreign Minister, who stressed that no additional soldiers will be on Hungarian territory. Now let’s take economic interests: Germany, a country called the economic engine of Europe, is directly connected to Russia’s energy resources, “North Stream-2” is a strategically important project for it. Well, for the record, there is talk of a multi-billion dollar project. . . A simple question arises: why does this economically active, hour-long state need to strain relations with Russia? In what sense might this be in Germany’s interests? Obviously not.

– However, there are countries in the West whose efforts clearly show a desire to deepen the Russian-Ukrainian crisis.

– Nothing happens by chance in global politics. Clearly, the countries whose actions are destructive, I mean the United States and the United Kingdom, have their own interests. That is, the United States, given its purely geographical location, does not pose a direct threat to rising tensions with Russia. The United Kingdom is not a continental Europe … Now let us return to Germany and its firm position on the unacceptability of NATO enlargement. Scholz’s statement is not new, but I think it has a special significance in the current situation. It has a special significance, first and foremost, for Ukraine and the Ukrainian people, because the Ukrainians in their time were convinced of the alternative of striving for NATO. NATO requires sacrifice, the road to NATO and the EU will not be easy – it was about the rhetoric that people have been working on for years. Today they already have the opportunity to draw a conclusion and make a correct assessment. Today, everyone sees that NATO, whose illusion has brought them to the brink of war, has abandoned them and everyone is running, watching from afar, how the brotherly nations will start massacring each other. . . As for Georgia, at the beginning of the interview, ask me what the statement of the German Chancellor means to us. I would not limit myself to Scholz’s statement, what is happening to us in Ukraine, Ed is a great lesson, and if the Georgian political leadership has the ability to analyze soundly, it must now draw the right conclusions. . .

– NATO is no less harmful and destructive illusion for us. We have been in this illusion for at least 15 years. What did we get? Nothing, but we can look back at our past, what we have been doing all these years, we have been in all NATO missions – in Kosovo, Iraq, Afghanistan, North Africa. . . Well, for reference: 20 thousand of our soldiers participated in peacekeeping operations, we spent 4 billion from the budget, 293 people were wounded, 42 were killed and 52 were left disabled. . . Here, after so much sacrifice and hard work, we hear only thanks, but, in fact, when the question arises, whether we are accepted or not, the answer is no. After so much time and merit even more rejection, I think, is the clear answer to the question: What should we do? We must abandon illusions. We must understand that neither NATO nor any other organization is the ultimate goal for us. We need any connections only if it is good for the country and not for us to deal with the empire when we ourselves are not going to do anything but listen and worry from afar. . .

– Under the current government, do you hope that NATO will be able to get out of its illusions?

– The government more or less maintains moderation, and this was evident in the adoption of a parliamentary resolution in support of Ukraine. The Prime Minister also makes more or less reassuring statements, but today there is a situation when the moderation expressed in refraining from insulting statements may not be enough. Today, a direct dialogue with Russia is needed and the ruling team, for obvious reasons, is unable to do so. As for the future, whether we should hope that the political illusions will end, in my opinion, these illusions themselves will end the inevitable change of the political agenda, but for us the most important thing is time. The most important thing is for Georgia to make timely changes so that it does not lag behind the political situation in the region, otherwise it may have much less to offer to everyone. That’s not the reality, but how well the management team perceives or analyzes all this is hard to say. In any case, they do not yet appear ready for fundamental political change. They invariably continue the old course, which is missed by the new reality and will be even more missed in the future. . .